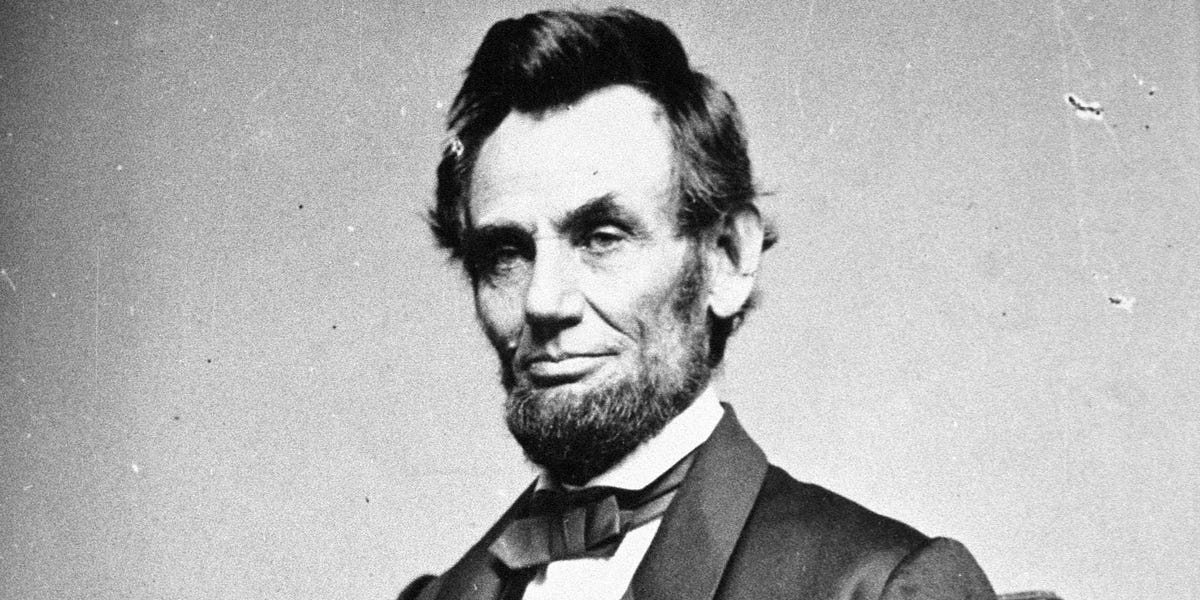 On New Year’s Eve 1862, a day before issuing the Emancipation Proclamation to end slavery in America, President Abraham Lincoln signed a contract agreeing to move 5,000 free black Americans to the Caribbean.

Lincoln had long been a strong supporter of colonization, state-sponsored emigration, and the resettlement of freed black Americans out of America. Colonization was widely supported throughout the prewar United States for religious, economic, and social reasons. Lincoln saw it as a remedy for emancipated black Americans, expressing hope that they would find justice “by restoring a captive people to their long-lost homeland, with bright prospects for the future.”

Colonization was also seen by some politicians as a pragmatic solution for a country still in the throes of a civil war: it would satisfy those in the Confederate South who opposed emancipation and lived alongside liberated black Americans.

In his second annual message to Congress on December 1, 1862, Lincoln called on the Union to abolish slavery and proposed a constitutional amendment to colonize black Americans outside the United States. He sought plans to realize this vision and received plans that would establish colonies of emancipated black people in countries like New Granada and Liberia.

When he heard of a planned settlement on Île à Vache (“Cow Island”), a small island off the coast of Haiti, Lincoln was intrigued. But he had no idea that the venture would not only fail catastrophically – resulting in the deaths of more than 100 freed black Americans – but also stifle his dream of colonization.

Bernard Kock, entrepreneur and owner of a cotton plantation in Florida, spotted a business opportunity while visiting the 1862 World’s Fair in London. Impressed with the quality of the cotton he saw at the fair, Kock devised a plan to develop Île à Vache into a cotton farm by sending newly enfranchised black Americans there.

Each family would receive homes, access to hospitals and schools, and receive 16 acres of land and their salaries after completing four-year labor contracts, according to Kock’s plan.

A month before signing the Emancipation Proclamation, Lincoln agreed to terms with Kock, which included $600,000 in funds authorized by Congress. Colonization would ultimately be voluntary for those resettled, but it was strongly encouraged by Lincoln, Kock, and other supporters. Plans for the first government-led colonization were set in motion.

“Shame on the guilty wretches who dare to propose, and on all who accept such a proposal”, wrote Frederick Douglass in his newspaper “The North Star” in 1849. “We live here – have lived here – have a right to live here, and mean living here.”

The animosity came to a head on August 14, 1862, when Lincoln met with a committee of five black leaders at the White House.

“You and we are different races. We have a greater difference between us than exists between almost any other two races,” Lincoln told them, only to prompting further outcry and rebuke from the from opponents.

There were the first red flags with the Île à Vache effort. An investigation into Kock in early January suggested he had used deceptive marketing practices in previous ventures. The U.S. commissioner in Haiti also told the Lincoln administration that Kock was an unpopular figure in Port-au-Prince and that he had heard of no progress in building the colony.

Lincoln officially canceled Kock’s contract on April 16, 1863, but it was too late.

Two days earlier, on April 14, more than 450 black settlers boarded a ship for Ile à Vache, delighted to leave the former Confederate territory for what they had been told would be a better life.

But disaster struck quickly: an episode of smallpox killed at least 25 settlers at sea. When they arrived on the island, they found no reasonable shelter and had to build rudimentary huts. Kock, who became overseer of the island, instituted a strict “no work, no rations” policy that echoed the pre-war era. Disease and starvation soon followed.

The settlers mutinied three months later and Kock fled the island while the Haitian government sent in the military to maintain order.

Finally, on February 1, 1864, amid growing media reports railing against the project, Lincoln ordered a Navy ship to rescue the settlers. A month later, a ship brought the 350 surviving emigrants back to America.

The failed experiment had lasting effects on America

The disastrous experience at Île à Vache finally ended Lincoln’s strident advocacy of colonization – one of the most controversial legacies of the Great Emancipator.

“I’m glad the president dropped this idea of ​​colonization. I always thought it was a hideous and barbaric farce,” John Hay, Lincoln’s personal secretary, wrote in his diary.

While Île à Vache was a disastrous failure that resulted in the deaths of more than 100 freed African Americans, some historians see it as a pivotal moment in American history. After the experience, Lincoln abandoned his quest for colonization and instead adopted policies of black inclusion and assimilation.

“The Ile a Vache incident, while undeniably a tragic and preventable event, proved a wrong remediable by the denial of an unworkable and unpopular solution to racial issues, replaced by further transformation into a more integrated future,” historian and lawyer Graham Welch wrote.