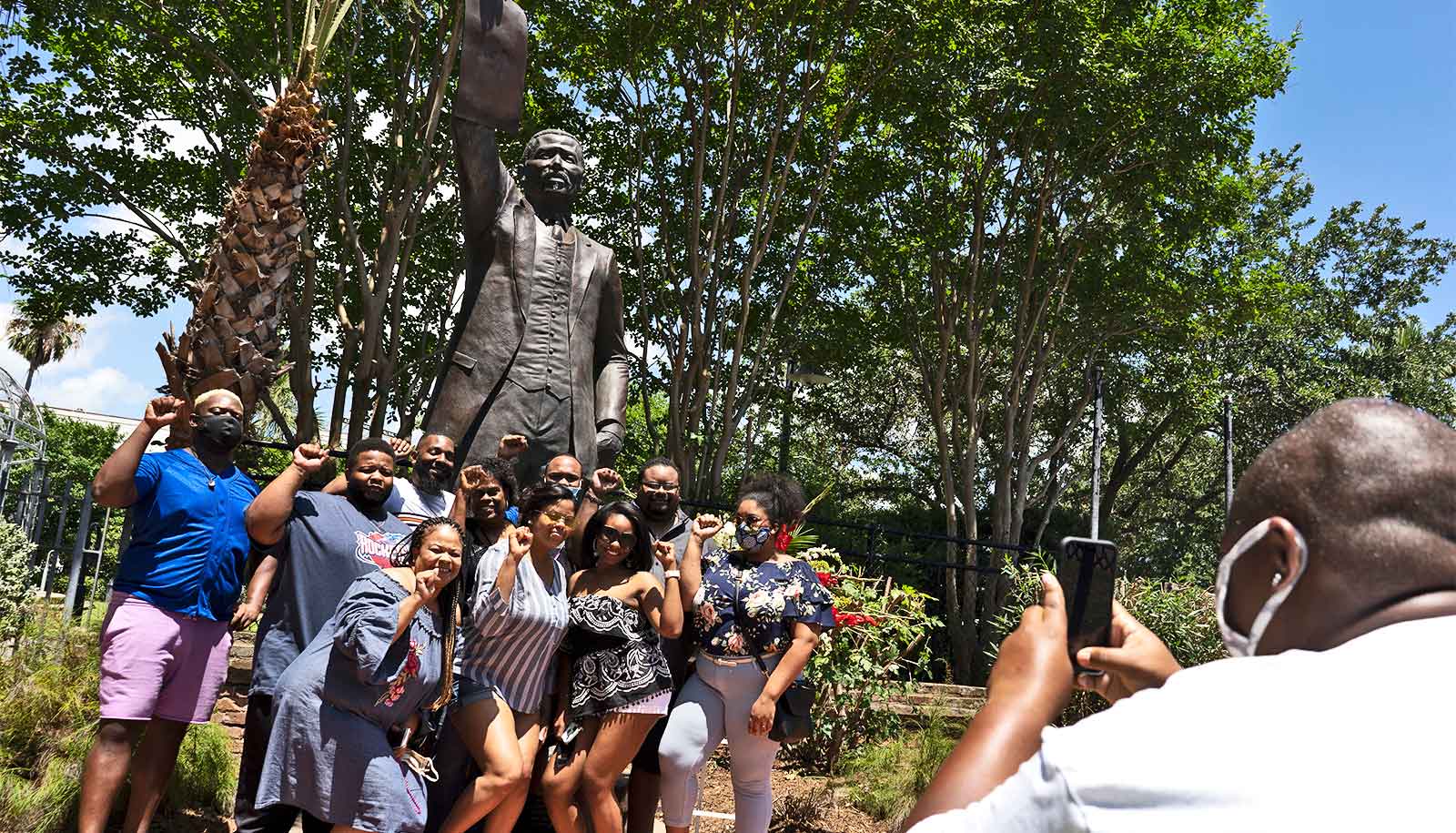 What Juneteenth teaches us about emancipation

You are free to share this article under the Attribution 4.0 International license.

For historian Julie Saville, the celebration of Juneteenth highlights the work that was necessary to guarantee the freedom of enslaved blacks.

“The people of Texas are informed that, according to a proclamation of the executive of the United States, all slaves are free.”

So stated Major General Gordon Granger of the Union Army on June 19, 1865, reading aloud an Order of Emancipation in Galveston, Texas.

Now recognized as Juneteenth, the day represents for many black Americans the truest celebration of the freedom of this country.

Freedom, however, is difficult to stamp on a calendar.

“I want to change the balance of the idea that freedom or emancipation has happened one way or another with an authorized proclamation,” says Saville, associate professor emeritus in the department of history at the University. from Chicago. “State authority can proclaim or legitimize emancipation, but for better or for worse, it remains the work of the people on the ground to make sense of emancipation.

A great expert in the era of transatlantic slave emancipations, Saville questions the view of freedom as a gift from above: “Special attention to a single date, although this may facilitate commercial holiday celebrations, can hide as much as it reveals. “

More than an official state declaration, emancipation reflects the cumulative impact of “war within war” waged by enslaved people, says Saville. The idea that a proclamation from a Union officer was sufficient to abolish slavery overshadows the efforts of others: the 750,000 enslaved men, women and children who managed to escape to federal territory or died in their attempts; the slaves who surreptitiously organized stoppages and slowdowns behind Confederate lines; or the nearly 200,000 African-American soldiers who served in the Union Army.

“Even in east Texas, it’s unlikely that Emancipation’s first season was all about fun and partying,” says Saville. Instead, what followed was a “period of heightened instability” – a world that had left a certain social structure but had not yet consolidated a new one.

A literal reading of Granger’s order reveals its incompleteness: the order assumes obedience on the part of the former slave owners that would not be available. Although it declared “absolute equality … between the old masters and the slaves”, the order also advised the former slaves “to remain quietly in their current homes and to work for a salary”, inadvertently dropping the aspirations of those liberated people who wanted to become landowning farmers. .

Formerly enslaved people did not always desire the arrangements prescribed by Granger’s Order, and those arrangements were not necessarily possible. One of the first documents, according to Saville, describes a mother appealing to the Freedmen’s Bureau to secure her child, whom the previous owner would not release. The reconstitution of families separated by pre-war sales or war dislocations remained a central axis of black community life until the beginning of the 20th century.

Emancipation celebrations broke out in the South during this time, however, revealing how black Americans envisioned their own future. As an example, Saville cites a document from December 1862. An army commander in southern Louisiana complained about enslaved people across the countryside, ringing bells and making other happy noises. . They had heard rumors of freedom and spread the good news even before the Emancipation Proclamation took effect on January 1, 1863.

The Emancipation Proclamation, however, did not prohibit the institution of slavery. Applied only to Confederate states, it exempted areas in the South already occupied by Union troops, including the Louisiana countryside.

“The areas occupied by the unions were exempted from the promise of the proclamation,” says Saville.

The subsequent celebrations, she adds, reflected other emerging claims to citizenship by people formerly enslaved. In May 1865, black residents of Charleston, South Carolina, including both once enslaved blacks and free-born blacks, staged a large parade through the streets of the city, where a cart carried a coffin with the banner “Slavery is dead and buried”. Men, women and children walked with shovels, hammers and other tools of their trade.

In the aftermath of the war, marching clubs proliferated in the South, playing multiple roles. Members marched on holidays, at political rallies, in negotiations with landowners for wages, and offered protection to voters who turned out to vote in groups. Black Americans not only created a farm labor movement, but also actively defended their right to vote when the politics of reconstruction made voting a “blood sport.”

The term “June” appears to have first appeared in a Galveston, Texas newspaper in 1890, at the start of an era of disenfranchisement and heightened social repression. The June 19 celebrations nonetheless continued as African-American communities shifted their social energies to the ostensibly less explosive social terrain of recreation, sports, school, and rebuilding community welfare institutions.

The holiday once again became a matter of public policy when it became an official holiday in Texas in 1980. In June 2021, Juneteenth became a federal holiday.

The recent death of George Floyd – along with the murder of many other black Americans – has sparked widespread protests against police violence and drastically changed public opinion on the Black Lives Matter movement. In this context, Juneteenth can resonate even more.

This is the nature of vacations, says Saville. What they are doing for people at any given time should not be limited to the original subject of the commemoration.

“In other words, pageants that are for fun and entertainment are not meant to be authentic replicas of an earlier era,” she says. “Their purpose is to serve the present.

Brundage Mountain Resort opens for summer fun in the mountains