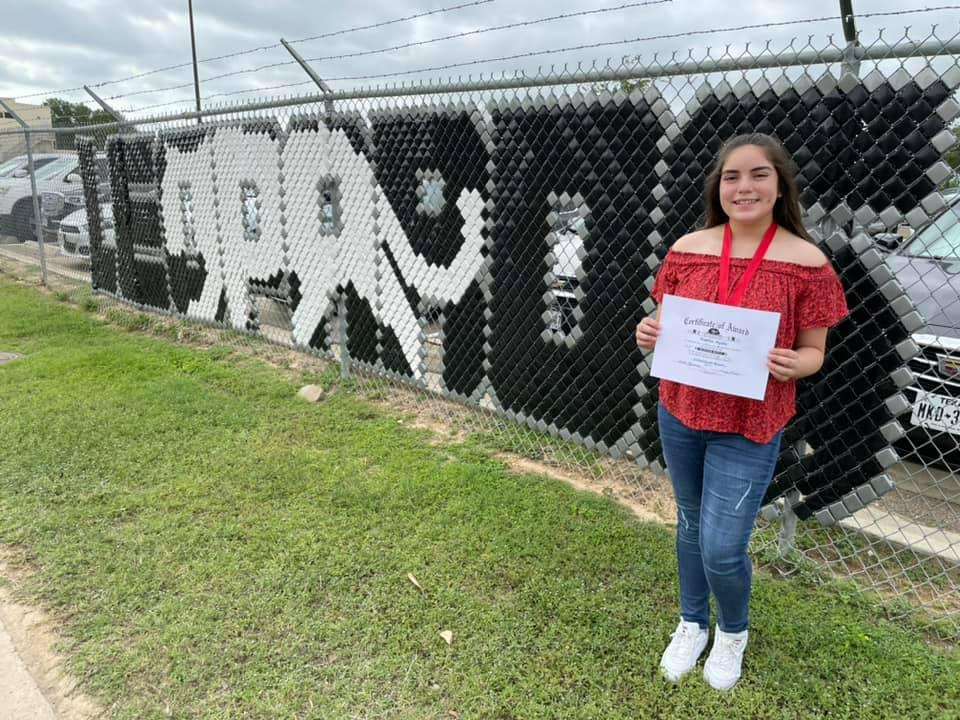 A local UISD student dives into the second part of her Lone Star Leadership Academy camp this summer.

Sophia Ayala, a student at United South Middle School, was selected to travel to Dallas / Fort Worth to attend a summer 2021 Lone Star Leadership Academy camp. She was chosen based on her outstanding academic achievement, his demonstrated leadership abilities, his involvement in school and community activities and the success of a previous Lone Star Leadership Academy camp in the Austin / San Antonio area in 2019.

Lone Star Leadership taught Ayala to speak up when she needed something, and it taught her to socialize more, she said.

“I went alone. I didn’t go with any friends,” Ayala said. “It taught me to talk to people and not just people I already knew. There was no one there. Laredo.

Throughout her first week in Austin / San Antonio, Ayala engaged in activities to learn more about inclusion, purpose, responsibility, listening, teamwork and action. She visited historic sites in Austin and San Antonio, such as the LBJ Library and Museum at the University of Texas at Austin, the Alamo, the Texas State Cemetery, and the offices of its state legislator. at the Capitol.

“The people there were diverse,” Ayala said. “There were people who came from families that didn’t have a lot of money to really wealthy families, as well as people of different origins and races.”

Ayala was originally appointed by her elementary Killam teacher Zulema Salazar. She told LMT in an email that she taught Ayala in her fifth grade reading class and that she was a bright and talented student who also looked after her fellow students.

“From the first day of class, Sophia impressed me with her ability to express herself on difficult concepts and texts, her ability to make connections and her passion for reading and creative expression, both in class and outside, ”Salazar said.

“She is an insightful, sensitive and well-rounded student. She actively participated in class discussions and always supported her peers.

This year Ayala will travel to the Dallas / Fort Worth area where she will join a delegation of students from across the state to continue to develop her leadership skills while learning about Texas and its leaders.

She will visit sites such as the Perot Museum of Nature and Science, the Fort Worth Stockyards National Historic District, the National Cowgirl Museum and Hall of Fame, Louis Tussaud’s Palace of Wax, the American Airlines CR Smith Museum and the Sixth Floor Museum. at Dealey Plaza.

Her mother, Aimee Leal, said she was proud of her daughter’s accomplishments and growth on this trip.

“I think having the opportunity to explore so young made her more aware of the world in general,” Leal said. “She had heard that the world was bigger and that there were different people, but this camp really made her understand and grasp it mentally and emotionally. It was after her return that she suddenly wanted to go exploring.

“Since then, she has been interested in policy and research on the COVID-19 vaccine. She was never a health science type of person, but suddenly things mattered, ”Leal said. “Immigration policies were important. Laredo’s politics mattered. She asked questions that I don’t think she would have asked if she hadn’t left and realized that the world is much bigger.

Ayala will also participate in activities at the Summit Climbing Gym and visit the Dallas Cowboys Stadium and Rangers Ballpark in Arlington. In addition, she will learn about future career and internship opportunities through speaker presentations at the sites visited.

Educators in Texas run Lone Star Leadership Academy camps, including leadership groups where Ayala and other participants will examine the qualities of effective leaders, practice their leadership skills, and discuss what they are learning about them. sites visited.

Participants must be in grades 4-8, maintain an average of 85 or above, demonstrate leadership ability, be involved in community or school activities, and receive a recommendation from an educator.

Educators are encouraged to nominate their outstanding students in Grades 4-8 for Lone Star Leadership Academy camps online at educationinaction.org/nominate.

Enjoy the lakes of Maine in a motorized floating picnic table