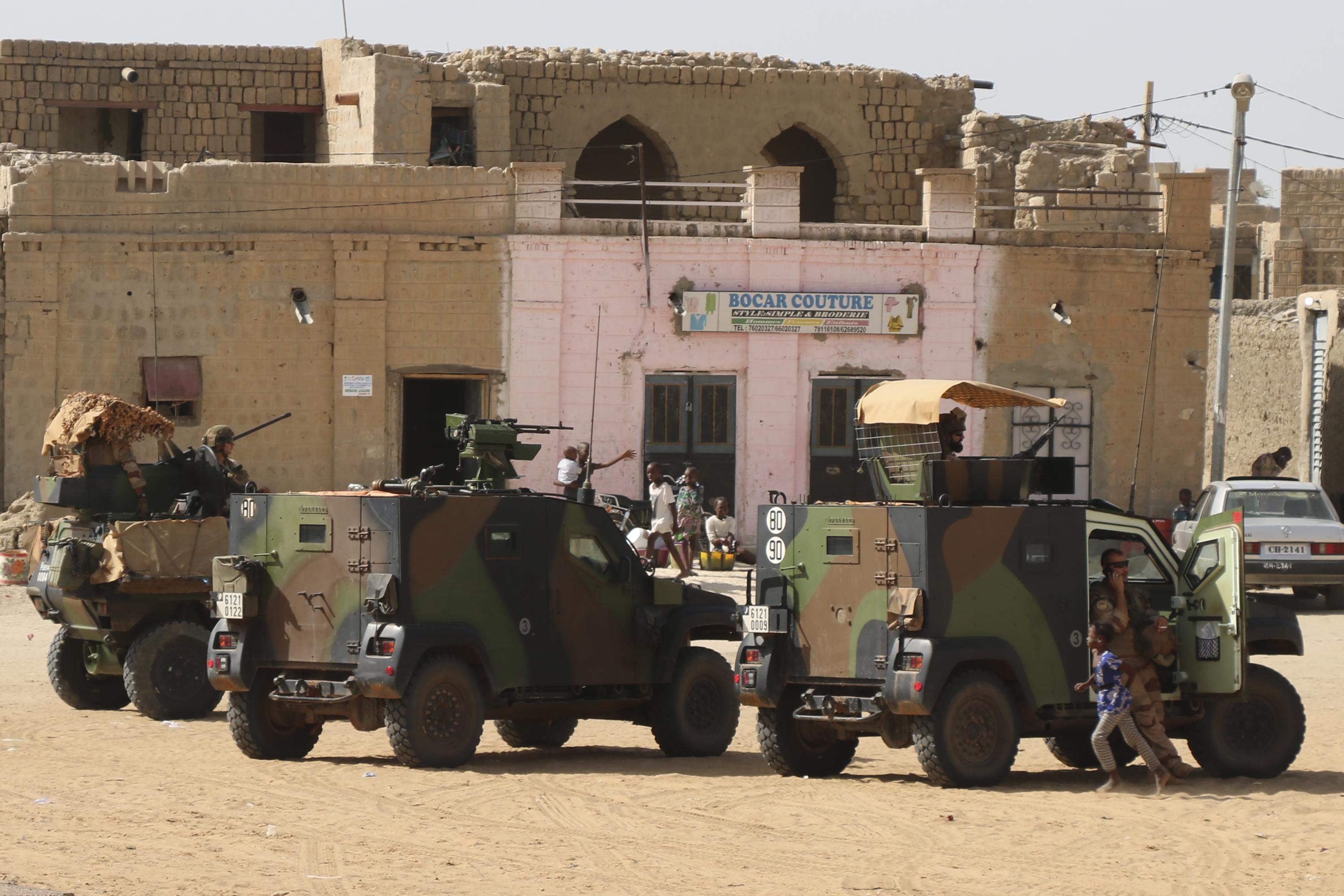 TIMBUKTU, Mali (AP) – It has been nine years since Islamist extremists in northern Mali arrested Zahra Abdou for showing off his hair and wearing an outfit they felt was too tight.

Al-Qaeda-linked activists who took control of this legendary desert center in 2012 whipped Abdou in front of a crowd of people in his neighborhood. Older women tried to stop the flogging but were stopped by extremists.

“I received dozens of lashes in front of a large crowd and because of the pain I passed out,” she recalls. “It was a total humiliation for me. For a long time, I was ashamed in front of the people in my neighborhood.

The trauma still torments her, she says. His anxiety has grown since France announced in July that it would halve its 5,000 troops in Mali. by 2022. After years of leading the fight against jihadists in northern Mali, the French army will close its bases in Timbuktu and other centers in the north.

Just as the Taliban have returned to power in Afghanistan, Abdou says she fears it will be only a matter of time before the extremists who punished her once again rule Timbuktu and other cities in northern Mali. .

“I’m afraid the same will happen as in 2012,” she says, now 30 and still struggling with insomnia. “Because of that, I didn’t get my baccalaureate, I was too traumatized. I wanted to study commerce, do business.

“Even now my foot hurts. I think a piece of glass from that day is still housed there, ”she said.

For centuries, Timbuktu has been a center for Islamic scholars who generally practiced a moderate form of Islam. In 2012, a new band of extremists, many of them Algerians, was formed, taking advantage of the Malian government’s lack of presence in the north.

Soon the extremists began to enforce their strict interpretation of Islamic Sharia law, flogging women like Abdou and amputating the hands of accused thieves. Like the Taliban in Afghanistan, Malian militants, known as Ansar Dine, targeted historic cultural sites they called idolaters, destroying precious ancient mausoleums that were World Heritage sites of the UNESCO. They also banned music.

Women had to wear a headscarf and girls were no longer taught in the same class as boys.

Unlike Afghanistan, the rule of extremists in northern Mali was brief – France led a military intervention just a year later that forced Ansar Dine out of Timbuktu and other northern cities in early 2013. That same year, a woman was elected deputy to represent Timbuktu in the National Assembly of Mali.

But the Islamic extremists were never completely defeated, dispersing into the desert from where they launch dozens of attacks against the Malian army and UN peacekeepers.

Residents of Timbuktu say the activists are not far from the outskirts of the city – they have spotted the men with long beards inside their Toyota Hilux trucks nearby. Some of the extremists come to town to shop at the market, they say, but no one dares to report them for fear of reprisals.

When France withdraws its troops from Timbuktu, the city will still be protected by Malian forces and some 800 UN peacekeepers, mostly from Burkina Faso. The French bases in Tessalit and Kidal will also be closed, the French army said.

The mayor of Timbuktu, Aboubacrine Cissé, does not hide his discomfort at the decision of France to end its Barkhane operation.

“Our defense and security forces are overwhelmed by the security situation in Timbuktu and the withdrawal of allied forces such as Barkhane will leave a vacuum that can be filled by any armed group,” Cisse said.

In the eight years since the extremists fled into the desert, life has returned to Timbuktu almost as before. The destroyed mausoleums have been rebuilt, music has resumed and cultural events are again organized every weekend.

The imminent departure of French troops is creating fear among those in Timbuktu who yearn for the city to regain its status as a popular international tourist destination.

For years, the city and its surroundings have hosted a popular music festival every January that attracted musicians from all over the world. And before extremists began kidnapping foreigners for ransom, hundreds of backpackers flocked here, posing for photos in front of the city sign, as Timbuktu is synonymous with one of the ends of the earth.

Salaha Maiga, a young promoter of a local music festival who had encouraged reconciliation through cultural performances, fears that the French departure “will spoil everything that has been rebuilt since 2012”.

“Even today, the military does not control more than 30 kilometers (about 19 miles) outside the city of Timbuktu, and 80% of the territory surrounding Timbuktu is controlled by jihadist groups,” he said.

This is an opinion shared by Abdou, the young woman who was publicly whipped in 2012. Now married, she says she dreams of having children but is worried about the kind of life they would have if the extremists regained control of Timbuktu.

“The jihadists are already here in Timbuktu, but they don’t have the strength to rule the city,” she said. “If there are not enough military forces in Timbuktu, the extremists will certainly come back. “

The best things to do in Louisiana