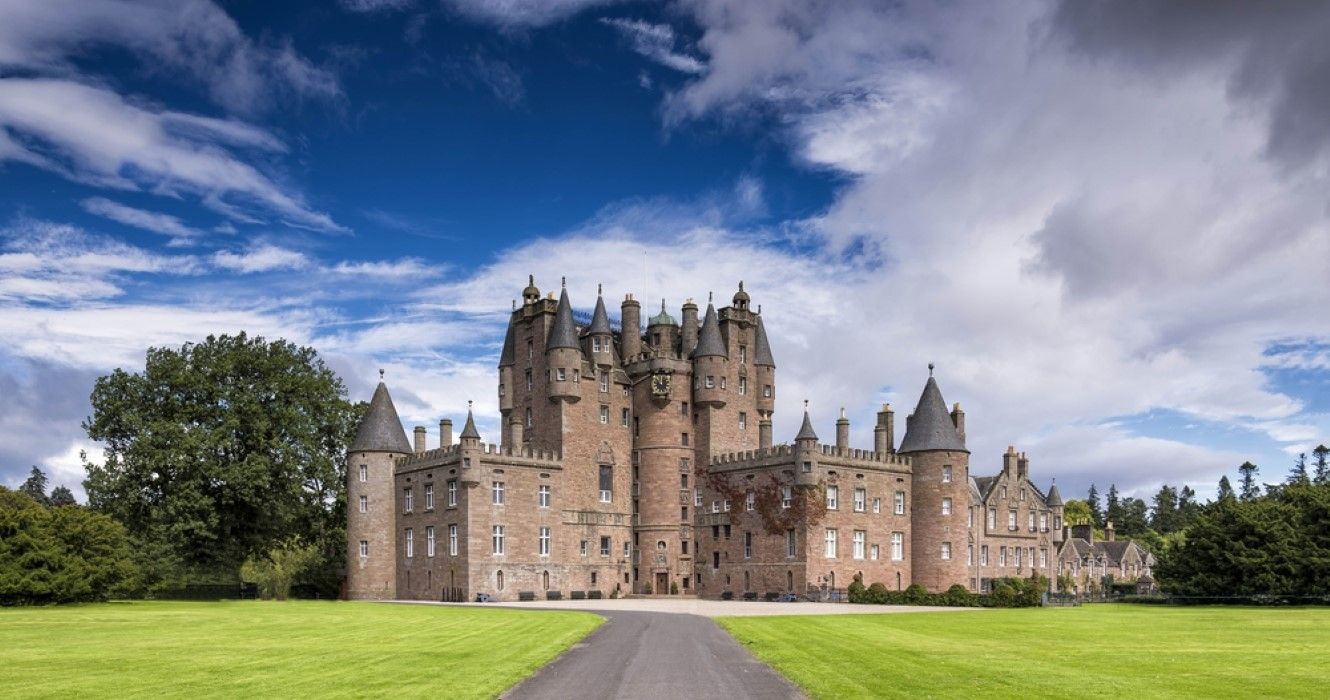 These 10 Haunted Ancient Sites Are Perfect For A Spooky Adventure

It’s goose bump season. A time when many travelers are looking for spooky adventures. From the haunted Winchester Mystery House in California to haunted cemeteries in New England and haunted French castles, there are many popular locations around the world that will give adventurers the creeps. The sites on this list, however, are not just regular haunted sites. With many of them dating back centuries, one can expect anything from being touched on the shoulder by cold hands to staring at the ghost of an ancient maiden with fiery red eyes. Grab your flashlight, prepare your mind, and come visit these ancient haunted sites from around the world.

It is no coincidence that Bhangarh Fort has been named the most haunted fort in India. Located in the Alwar district of Rajasthan, this 17th century fort is famous for its ghost sites and bizarre happenings. There are many stories surrounding this fort, but a common theme running through all the stories is that the hauntings of this fort are the result of some sort of curse. According to one of the famous stories, the curse was triggered after a deal was broken. The deal is said to have been between a guru and a king who wanted to build a palace in the area, which was then a place of meditation. Guru only allowed the king to build there as long as the shadow did not touch him. This agreement would eventually be broken by a descendant of the king who continued to build the palace to the point where the shadow finally touched the guru, hence activating the curse.

Edinburgh Castle is an impressive castle built on Castle Rock in Edinburgh. It is one of the most historic castles in the country, having served different purposes since its construction in the 11th century. During its service as a military prison, this castle witnessed many executions and murders, and these events are why it is now one of the most haunted ancient sites in the world. People have reported seeing strange figures and sometimes even being touched or pushed. Edinburgh Castle is a castle with many ghost stories, and every one of these ghosts is still said to haunt the castle.

Related: Why Edinburgh is the perfect place to spend Halloween

The ghost that haunts the Chateau de Brissac, according to the story, is that of Charlotte de Breze – the unfaithful wife who was put to death by her husband when she was caught having a secret affair in the castle. According to the story, the man murdered his wife and her secret lover and eventually fled the castle when the haunting of ghosts became intense. Visitors to the castle have reported hearing moans in the early hours of the day and also seeing the silhouettes of a lady in green believed to be Charlotte.

Scotland’s Most Haunted Castle and Castle of Monsters are the names that have been given to Glamis Castle due to the bizarre events that have been reported there. The phantasmagoria of this castle can be attributed to the grizzly events it witnessed. Throughout its more than 650 years of existence, stories of assassinations, secret rooms with bizarre views and strange sights of distorted and brutally murdered people have been told about this castle. All of this makes the castle a large structure with a lot of dark presence lurking around. It is perhaps the scariest place to spend a night.

Located in a market town in the Stroud district of Gloucestershire, the Ancient Ram Inn is a site said to have been haunted and has several theories about it. According to one theory, the energy from Stonehenge travels to where the house is and causes the unusual events people experience here. Being the oldest building in the area, the inn has also witnessed so many bizarre things, from the murder of a witch to devil worship and ritual sacrifices. The site is also believed to be the site of an ancient pagan burial ground. All of this has made the hostel a haven for paranormal activity. Investigators and people visiting the house have reported feeling an oppressive energy and terrifying sightings throughout the inn.

5 The tower of London

The Tower of London is one of London’s most impressive historic sites, but there’s more to this structure than meets the eye. So, while enjoying the beautiful architecture, be prepared for the stories as well. The tower is said to be haunted by 13 ghosts, many of whom sadly met gruesome deaths at the tower centuries ago. Screams of torture, visions of lonely figures, overwhelming smell of cheap perfume, sounds of children laughing and several other weird things have been reported here. Some visitors have even reported witnessing the re-enactment of the gruesome execution of Margaret, who was allegedly chased down and slaughtered in cold blood by the executioner after she refused to kneel down to have her head cut off. It is difficult not to see these images in your head while visiting this castle.

Related: Spooky History: 10 Weird Facts About The Tower Of London

Xunantunich is an ancient Mayan site in Belize said to be haunted by a young Mayan girl. According to first witness reports, she had thick black hair, wore a flowing white dress, and had fiery red eyes with which she stares at those watching as she climbs the stairs and disappears into the wall. Her identity remains unknown, but some believe she is a victim of human sacrifice and her climbing up the stairs in the building is a re-enactment of her last moments of life before she was sacrificed.

Ireland has long been a hotbed for spooky things. It’s even the birthplace of Halloween, and while there are plenty of spooky destinations all over the country, Montpellier Hill is particularly popular. Also known as the Hellfire Club, this hill was once the meeting place of the Dublin Hellfire Club. The site would also have housed a tomb which was destroyed during the construction of the hunting lodge on the site. This single act would also have added to the haunting of the lodge. Also, rumors of witchcraft practices and other demonic things made it even scarier. With so many spooky stories about the place in mind, it’s hard not to imagine or see strange things while walking around the dark and creepy interior of this building.

For centuries Davelis Cave located on Mount Pentelis has been known to the world for its strange happenings. In the past, the area where the cave is located was used as a marble quarry for the construction of the Acropolis. But that’s not what makes it scary, but what’s in the cave that’s on the same mountain. Deep below the cave entrance are several religious sites. The first is a Byzantine church, and further inside the cave is a religious site dedicated to the god Pan. Reports of explorers going in and never coming out, water flowing upwards, and electronics turning off have been made about this cave. There have also been reports of sightings of strange two-legged creatures in the cave, which makes it even scarier.

Located on a lush island between two great rivers is the impressive 13th-century Zvikov Castle. The unique architecture, surrounding forests and peaceful rivers make the castle beautiful, but inside there are unexplained sightings and events that can keep a person awake at night. The sounds of a weeping woman, the howls of fire dogs and the visions of an imp have been reported by those who visit this castle. To make it even scarier, there’s a legend that claims that visitors who stay overnight in the main tower will die within a year, and while that’s scary, it looks like a gamble!

From Shiraz to Rose: Indian vineyards invite you to taste their wines

“La Terre, c’est nous” on view this month at the Cultural Arts Center