VSentral Park in New York is one of the most famous parks in the world. Its iconic skylines and magnificent landscapes are visited by more than 25 million people each year. It is adored by locals and tourists all over the world.

But the park has a history shrouded in black American folklore. Stories that we know to be partly true, but important details lost in nation building.

Decades before Central Park’s existence, a small portion of the land was known as Seneca Village, a self-sufficient middle-class African-American and Irish community founded in 1825 by members of the New York African Society for Mutual. Relief. The group was led by abolitionist William Hamilton, an alleged illegitimate biracial son of one of America’s Founding Fathers, Alexander Hamilton.

Many of us have reconnected with the historic statesman and politician with the popular Broadway play Hamilton. Its history is fascinating, but 200 years have passed, making it difficult for historians to find Hamilton’s secrets. But the story leaves clues, and while those clues aren’t finished, connecting their dots creates some intriguing stories. One thing is certain, Hamilton had a weakness for the ladies.

He arrived on the shores of New York in 1772. Some believe he fell in love with a free black woman and they had a son in 1773 named William Alexander. Historians have not found any documents proving that Alexander was William’s father, but folklore prevailed.

The humble beginnings of William Hamilton

William, born a free black, learns to become a carpenter and earns a decent living. But, like his alleged father, he is said to be involved in community activism. Even though the North was not known for slavery, it benefited enormously from it. Dutch and English merchants built much of the town’s local economy around slaves and what they produced.

Some historians believe that almost all of the profitable businessmen in 18th century New York City had an interest in slavery. In 1817, New York passed a law that would free slaves born before 1799 but not until 1827.

Although free, blacks were relegated to living in poor areas of the city like the infamous Five Points. It was a way of life infested with disease and crime. Something that many black people wanted to escape. But if you didn’t own any land, there was no way out of oppression unless you owned land.

Whites who farmed and owned land north of Manhattan were unwilling to sell land to blacks. The five points were also becoming dangerous for many free blacks. Irish immigrants began to fight for their rights and some of them blamed emancipated blacks for their unemployment and housing problems.

18th century black people in New York City needed a safe place to live and William Hamilton would eventually try to give them one.

The African Society of New York for Mutual Aid (1808)

In 1808 Hamilton co-founded the New York African Society for Mutual Relief. The society was created to help black widows and orphans, pay the burial costs of its members and buy real estate. Hamilton would be their first president, but all of their founding members were prominent black men who supported the advancement of blacks in New York City. Their members were made up of real estate dealers, a mechanic, bookies, former slaves, and abolitionist speakers.

Hamilton also helped found the African Methodist Episcopal Zion Church, established for blacks who did not want to practice under the prejudices found in many white churches at the time.

In 1825, the company saw an opportunity to build something for blacks in New York City. White landowners near West 82nd to West 89th Street were looking to sell some of their land. But unlike most of their white counterparts, John and Elizabeth Whitehead were ready to sell to blacks.

They subdivided their land, selling the first 15 lots to Epiphany Davis and Andrew Williams, two well-known members of the New York African Society for Mutual Relief. Soon after, AME Zion Church will purchase six more lots. In 1832, the Whiteheads sold half of their land to free blacks and there were 10 houses in the small community called Seneca Village. Residents here built gardens, raised livestock, and fished the Hudson River for food. They even used a nearby source for drinking water. The community seemed to escape housing discrimination in downtown Manhattan, which attracted more black families looking for a better life. Its location created a haven from the discrimination black people felt all over America.

By the 1850s, Seneca Village had grown into a community of 50 homes with three churches, an all-black school, and a cemetery. Owning a property was unique to black people at the time, but in Seneca Village it was common. In 1855, half of the blacks living in the village owned their homes. If you were black at the time to vote, you had to own $ 250 in property and live there for at least three years. In 1845, there were 100 black men in the state who were eligible to vote, 10 of whom lived in the village of Seneca.

But like so many stories in black American history, this one too ends in tragedy. 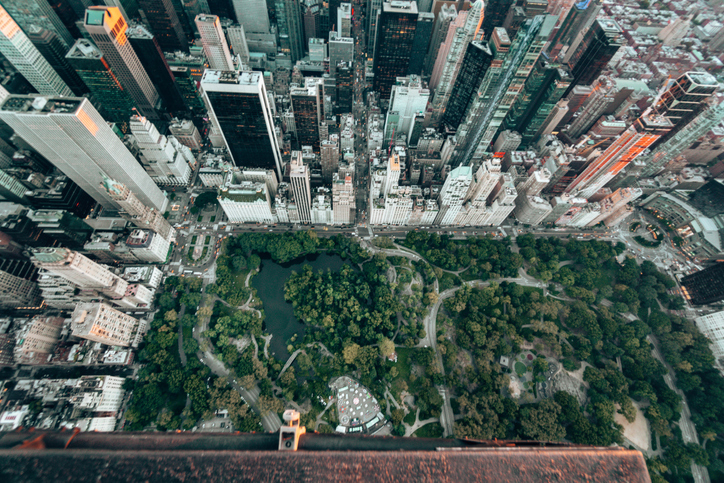 In 1853, New York State would create a law that set aside 775 acres of land in Manhattan to build the county’s very first public park. The plans were to use plots of land from 59th to 106th Street between Fifth and Eighth Avenues. The law allowed the city to seize any land owned through a prominent domain, this included the entire village of Seneca. Black families and Irish families who had made a living were forced to leave their homes in 1857. Some villages tried to fight the government, filing lawsuits in the hope of keeping their homes. Each lawsuit was dismissed by the courts and landowners were paid an average of $ 700 per lot.

After the completion of Central Park in 1858, nothing remained of the village of Seneca. Its heritage, its inhabitants and its memories; all ghosts. Now all that’s left is a little plaque that recognizes its existence. Seneca Village has been able to accomplish so much in just 32 years; imagine if we really gave him a chance to thrive.

And while we may never know the truth about the origins of William Hamilton or Seneca Village, we do know that black people are just as much a part of this country’s history as anyone else. So if the story doesn’t tell our stories, let the folklore do it.

The pre-war story of Molly, a black slave, and the haunted house of Sorrel

The fear of Lake Lanier and the dark city buried below

No greenwash and no fudges: Cop26’s success depends on leaders telling the truth | Ed Miliband