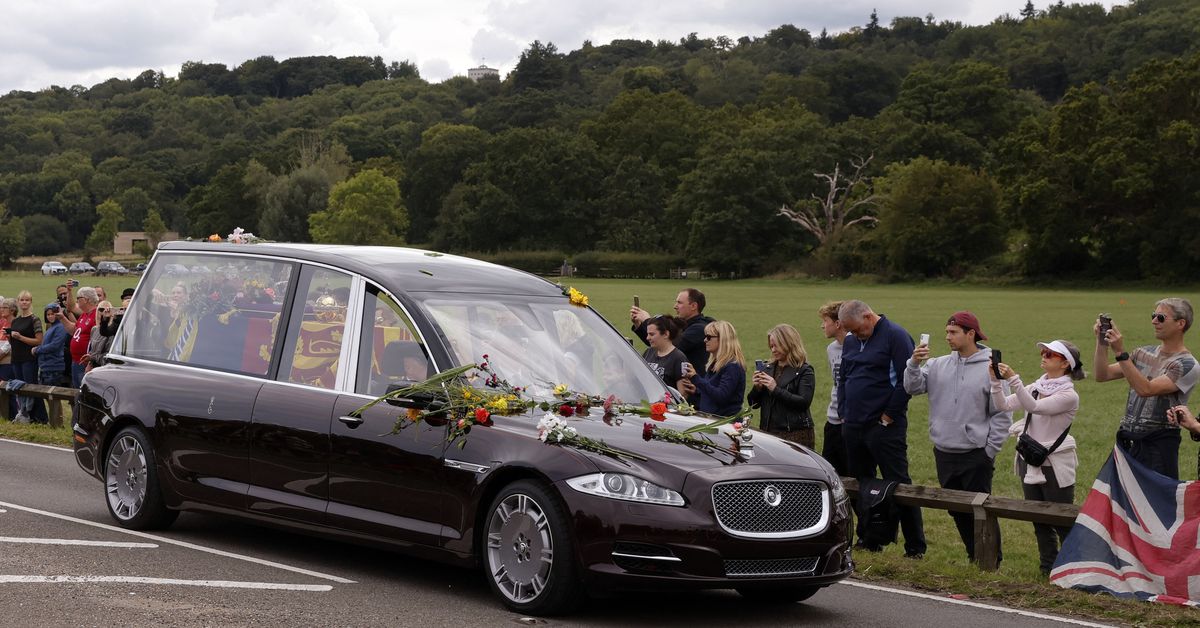 WINDSOR, England, September 19 (Reuters) – At the end of a state funeral watched by millions around the world, Queen Elizabeth was taken back to her beloved Windsor Castle to be buried in a small chapel during of a private ceremony.

Originally built by William the Conqueror after the Norman Conquest in 1066, Windsor Castle has been rebuilt and remodeled over the centuries, but it is the oldest and largest occupied castle in the world.

Just outside London, it was the Queen’s main weekend retreat and, in the last years of her reign, her favorite home.

A massive fire caused extensive damage there in 1992, capping what the Queen called it “Annus Horribilis” (Horrible Year), which saw a series of scandals befall the royal family.

Windsor Castle is the resting place of more than a dozen English and British kings and queens. Most are buried in the Saint-Georges chapel, including Henry VIII, who died in 1547, and Charles I, who was beheaded in 1649.

The Queen will be buried at the King George VI Memorial Chapel, which is next to the Notebook in St George’s Main Chapel. She commissioned the memorial chapel in 1962 and named it in honor of her father.

King George and his wife, the Queen Mother, are buried here, along with their youngest daughter, Princess Margaret.

Much of the music used at the service was composed or arranged by William Henry Harris, organist at the chapel between 1933 and 1961. He is believed to have taught the Queen piano as a child.

The then-Princess Queen and her husband Prince Philip were made Members of the Order of the Garter – Britain’s oldest order of chivalry – at St George’s Chapel in 1948.

The living Knights of the Garter have banners displaying their arms hung in the chapel. These are taken down when they die, but a brass “stall plate” remains as a memorial.

Queen Elizabeth has attended the Maundy Service, when money is distributed to people who have done great work for their communities, at the chapel in 1959, 2016, 2018 and 2019.

St. George’s Chapel hosted the funerals of Philip, the Queen’s father, her grandfather George V and her great-grandfather Edward VII.

Her grandson, Prince Harry, was baptized there and married there in 2018. Prince William, now heir to the throne, was confirmed there.

The coffin of Prince Philip, who died on April 9, 2021 last year, has been stored in a royal vault so he can be buried alongside the Queen.

(This story refiles to remove repetition in the first paragraph)

Fundraising: The Little Lake Cemetery Show Celebrates the History of the City and County of Peterborough