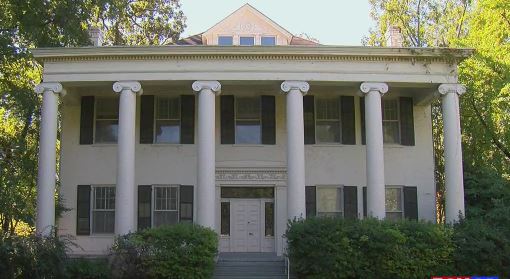 The heirs of historic Terry House are suing the city, the Museum of the Arts for ownership of the mansion

LITTLE ROCK, Ark. – After nearly a decade of apparent disuse, the heirs to the last owners of historic Terry House in downtown Little Rock have filed a trial return the property to the family.

The mansion was built in the 1840s and was donated to the city and the Museum of Fine Arts in 1964 by its last private owner. It is one of the only pre-war houses in the town of Little Rock and, according to experts, one of the best-preserved examples of Greek Revival architecture in the state.

The lawsuit was filed by the descendants of Adolphine Fletcher Terry and Mary Fletcher Drennan against the town of Little Rock and the Art Gallery. He claims the mansion has not been properly maintained and is not being used for its intended purpose as a public space for the cultural, artistic and educational uses of the citizens of Little Rock.

The plaintiffs ask that the house be returned to the heirs and that they receive the required amount of funding to restore the house, an amount estimated to be over $ 1,000,000. Also, they want a $ 1.5 million endowment set aside for the home under investigation to see if those funds have all gone for the exclusive use of the mansion.

MacArthur Park neighbor Stephen Franklin knows firsthand the beauty of Terry Mansion. He lives right across the street and can see the entrance from his kitchen window.

“It’s so nice to walk on this property and think, my God, how many people have stood here in awe of this place?” Franklin recalled.

Over the past year or so, he has watched the house slowly decay, cracks appearing in the walls, ivy invading the exterior, and even the fireplace on the verge of collapsing.

â€œIt’s just heartbreaking,â€ he said. “Letting it rot is an insult to our community.”

Franklin thinks returning it to the family would be the best, and wonders why the city hasn’t sold the property before to a keen buyer eager to restore it.

The main concern of Patricia Blick is to preserve the history of the site. As executive director of the Quapaw Quarter Association, she has seen historic homes disappear before; the last thing she wants for House Terry.

â€œFirst and foremost, we want this building to be preserved,â€ said Blick. â€œWe want the site to be preserved. While it’s unfortunate that they had to go to court to come to some sort of resolution, I think it was almost inevitable. “