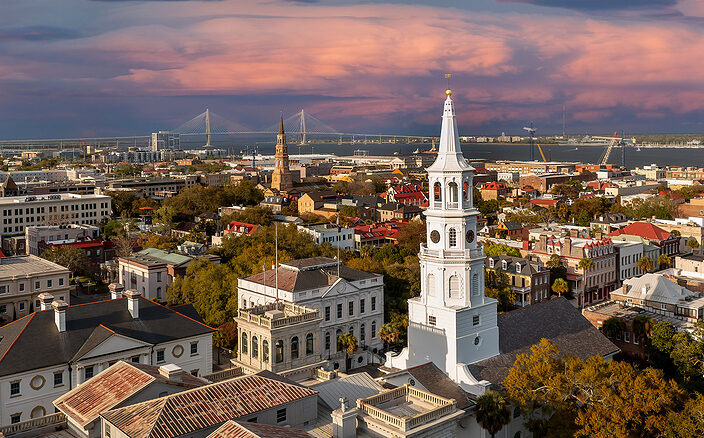 The Delights of a Charleston College – InsideSources

It takes years to learn how to fashion something from a block of stone. You may think you have talent, but that’s not intuitive. You have to study the size of the stone, take the mallet and the chisel, waste a lot of rock and gradually move from novice to craftsman.

Likewise, you won’t learn the delights of English literature in a week. It takes time.

All of this can be accomplished in one extraordinary location: the American College of the Building Arts in Charleston, SC – a Southern gem with its many mansions and antebellum buildings, making it a place of living history.

The college offers a comprehensive liberal arts curriculum as well as a specialization in one of six building arts: classical architecture, blacksmithing, carpentry, carpentry, plastering, and stonemasonry. It owes its existence to Hugo, the Category 4 hurricane that hit Charleston and much of the southeast coast in 1989. Many homes and valuable buildings in Charleston were damaged.

Then came the second heartbreak: there was a shortage of craftsmen who could put Charleston, like Humpy Dumpty, back on again. The shortage was so acute that it took more than 10 years to restore the city to what it was before Hugo.

The civic pride of the city asserts itself. A group of shocked citizens swore they would never see this again. They would train excellent craftsmen in Charleston. But they didn’t just want a trade school; they wanted a seat of learning and catering to be part of that learning.

They didn’t want to train graduates who thought they had to go through life by entering through the back door. No. They would be solid liberal arts graduates, as comfortable reading Shakespeare as helping to restore a European cathedral built in his day.

Thus, the American College of the Building Arts was born in 1999, and it is flourishing and growing. By college size standards, that’s tiny: 120 graduates this year. But in terms of pedagogical creativity, it’s huge. It shines a light that points the way to a new concept of education: students learn a craft they enjoy, which is highly marketable, and also benefit from four years of liberal arts education.

In April 2018, I visited the college to film an episode of “White House Chronicle” on PBS and was captivated. I had never seen anything like it. A light-hearted young woman working in a 2,000-degree forge, crafting a beautiful piece of decorative ironwork, modeled after that of a French cathedral; a woman, who had a previous career in the Coast Guard, carving stone, with ambitions to work on the Washington National Cathedral; and a gifted African-American man, a former marine who had traveled the world, working with heavy timber in the carpentry shop.

Because I have an interest in words, I attended a literature class secretly wondering if maybe it was a little superficial. This was not the case. The former Marine timber frame student said the literature course, taught by Wade Razzi, who has a PhD from Oxford, was his favourite, and among the authors he loved was Charles Dickens.

A friend’s daughter was drawn to college after learning about it from my TV episode. He credits the college for doing wonders for her. He’s a stone carving star there, who probably made his way to Liverpool Cathedral.

The college is a beacon for these reasons:

One of the college’s biggest challenges is recruiting professors Razzi, who is also the director of studies, said in this TV episode. Many faculty members come from Europe to teach mysterious crafts in America such as decorative plasterwork, stone carving, and blacksmithing.

Arcane but in high demand from Newport, from RI mansions – called cottages – to the Washington National Cathedral and Capitol, to Memorial Gardens. Artisans are in demand, and artisans with liberal arts qualifications are something special: well-skilled and well-educated.

Artificial intelligence challenges what it means to be creative