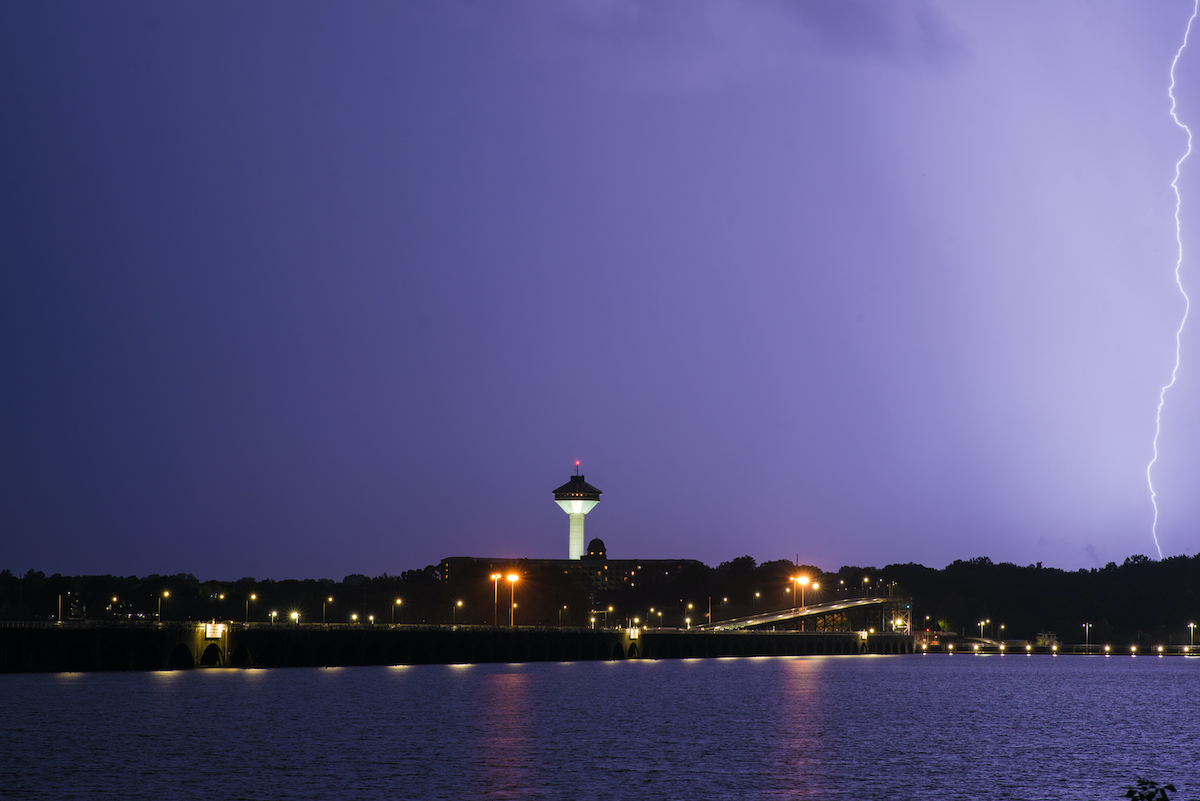 The 5 best haunted tours in Alabama

Cool, cool fall air supplants Alabama’s otherwise muggy hot and humid climate. As the sun sets, a light breeze blows the season’s wilted russet leaves on your way as you walk down a desolate and dark city street. Wait! Was it a voice you heard? Is there anyone? Or maybe it’s someone’s voice reaching out to you from beyond the grave?

Stories of murders, suicides, lost cemeteries and the unexplained lurking just around the corner in cities across America – and Alabama is no different. These stories come to life as tour guides lead you through the dark streets of Huntsville, Birmingham, Mobile, and countless small towns on one of the state’s many haunted ghost tours.

Are you brave enough to come face to face with the unknown? Then join local historians as they guide you through haunted streets to learn about the state’s ghostly and gruesome past on one of these spooky haunted tours.

Keep in mind that most of these tours sell out quickly, so if you can, purchase your tickets well in advance. Pack a flashlight, wear comfortable walking shoes, and check the weather before going out and dress appropriately for the cool fall breezes.

As you walk the shores of East Lake in Birmingham at dusk, you might hear the sobs of a young girl calling for her mother. Some say they saw the young girl sitting on the shores of the lake stroking the geese that frequent its shores. When they approach her, she enters the lake and slides under the surface of the water.

They saw the â€œMermaid of the Lake,â€ the ghost of seven-year-old May Hawes, who in 1888 was drugged by her father, weighed down with irons and thrown into the lake to drown. Days later, her body, along with the bodies of May’s mother and six-year-old sister, were discovered in the lake. Rage swept through the city after the horrific murderous acts of the father and a riot ensued in which 10 people were killed.

This is just one of the tragic stories of murder and suicide you’ll hear – and perhaps experience – when you book a ticket for the Birmingham Ghost Walk and the Hotels, Churches and Riots walking tour.

Another tour on offer, the Ghost and Graveyards Driving Tour, takes you aboard a bus and tour the city’s only pre-war mansion in Arlington, where you’ll walk the grounds and visit the Spirits That Live still in the cemetery and the lost cemetery, the fabulous historic (and haunted) theaters and Sloss Furnace where a ruthless steel mill supervisor was killed but still wanders the facility. The car tour is perfect for those with mobility issues.

Free parking is available at the counters in the city center after 5:00 p.m. Walking tours last approximately one and a half kilometers. The meeting area to start a tour varies and the location will be sent to you on your confirmation email when you book your tickets. Admission costs around $ 30 for adults and around $ 20 for children ages seven to twelve. The car tour costs approximately $ 40 per person.

On an occasional cool fall evening, the sound of children laughing and giggling can be heard along Walker Street in Huntsville. Children sing a rhyme that was popular with jump rope play during the tragic Spanish flu epidemic of 1918, when more than 400 people died in Huntsville that year from the disease. The song said:

“I had a little bird

And his name was Enza.

I opened the window,

And stole some from Enza.

As you walk down the street, look around. There are no children. The streets are empty, but you know what you heard.

This is just one of the many stories you’ll hear on one of the Huntsville Ghost Walk tours.

Tours take place every Friday and Saturday from the first weekend in September to the last weekend in October. Three separate tours are offered each night – the Twickenham Ghost Walk, the Old Town Ghost Walk, and the Haunted Town Center, each guaranteed to thrill you with well-documented tales of a frightened Union soldier who is walking around Confederacy hides to date, ax murders, and more. Each tour group is led by highly knowledgeable and informative guides as well as a medium. Oh, and bring your camera. You never know what may appear in the shadows.

Pro tip: The 90-minute tours start at 6:00 p.m. Tickets can be purchased online.

Guests arrive early at the Iron Hand Brewery where they sample a craft beer before heading down the dark streets of Mobile’s De Tonti district, an area of â€‹â€‹the state’s oldest town that has survived countless hurricanes. and devastating yellow fever epidemics, and one of the city’s most haunted neighborhoods. In fact, the most haunted house in the port city, Richard’s Daughters of the American Revolution (DAR) house, is one stop on the trail led by Secret History Tour’s Dark Secrets at Iron Hand.

The 2-hour walk winds its way through the streets where your informative guides stop at each location to tell tales of death, darkness and the people who once – and still live – here, as at the DAR house where they say the laughs. du De The Tonti children who once lived there can still be heard throughout the house.

The visit is completely outside. No buildings have entered, but the tales your guides weave are fascinating and guaranteed to thrill you. Visit the Secret History Tour website for dates, entrance fees, and to purchase tickets.

While in the port city of Mobile, visit the city’s second oldest cemetery, Church Street Cemetery. Located behind the city’s main public library on Government Street, the cemetery’s 19th-century wrought iron and cast iron fences, along with moss-covered headstones and mausoleums are the final resting places of many fever victims. yellow from 1818. There is also the grave of the man credited with reviving Mardi Gras after the Civil War, Joe Cain. It is also the site of the Boyington Oak Tree, where Charles Boyington, after being convicted of murder, proclaimed that an oak tree would grow from his heart to prove his innocence. Did his wish come true?

Footsteps, moans and disembodied cries. Everything is perfectly normal when you join the guides of the Florence Ghost Walk for a dizzying tour of the haunted streets of the city center.

One of the most famous stops when visiting the haunted quarter of downtown Florence is the Pope’s Tavern and Museum. The tavern dates from 1811. The original building was destroyed by fire in the 1800s. The reconstructed building is considered the oldest in Florence. During the Civil War, the tavern was turned into a field hospital where numerous amputations took place and at least 33 soldiers died. Today visitors have reported seeing the appearance of amputees in the master bedroom.

A second tour, Haunted UNA, explores the hidden secrets and hauntings on the University of Northern Alabama campus where another Civil War hospital was established and the sounds of war victims can still be heard. heard. The tour also stops at a pre-war campus mansion where a spirit has repeatedly frightened staff and students and at the Guillot University Center where the mournful cries of Priscilla, a former student who committed suicide after failing his classes, raise the hair on your neck.

Tickets cost around $ 15 for adults, around $ 10 for children seven to twelve, and six and under are free. You can purchase tickets for each visit online or in person. Both tours begin at 7:30 p.m., with the downtown tour starting at Wilson Park on the third and fourth weekends in October and throughout Halloween week. The UNA tour begins at the Harrison Fountain on the UNA campus. A portion of the proceeds from the UNA Tour help support the care and nutrition of the university’s mascot, Leo the Lion.

The quaint city of Athens is what you would call a quintessential southern city teeming with friendly people, southern hospitality, pre-war homes and ghosts.

Author Shane Black (The Spirits of Athens: Haunting Tales from an Alabama City) guide those who dare to face the city’s â€œfieryâ€ past on the Athens Haunt Walk.

Your tour takes you to the town square where you may hear the frantic pounding of windows from those who attempted (and failed) to escape a fire that swept through the town in 1893, the frightening sound of a grandfather clock that does not exist in the George S. Houston Library, and the screeches of a woman emanating from the attic of the Vasser-Lovvorn house.

Tours take place every Tuesday and Thursday in October at 6.30 p.m. and 7.15 p.m. Tickets can be purchased at the Athens-Limestone Visitor Center.

Credit cards are not accepted, so bring cash or a check when purchasing tickets. In the event of heavy rain or bad weather, both tours will move inside the Visitor Center meeting room at 7:00 p.m. where the author will give a presentation on the ghosts of Athens.

There is still an interest in ghost stories and the supernatural:

No overnight growth but new firefighters arrive on Thursday