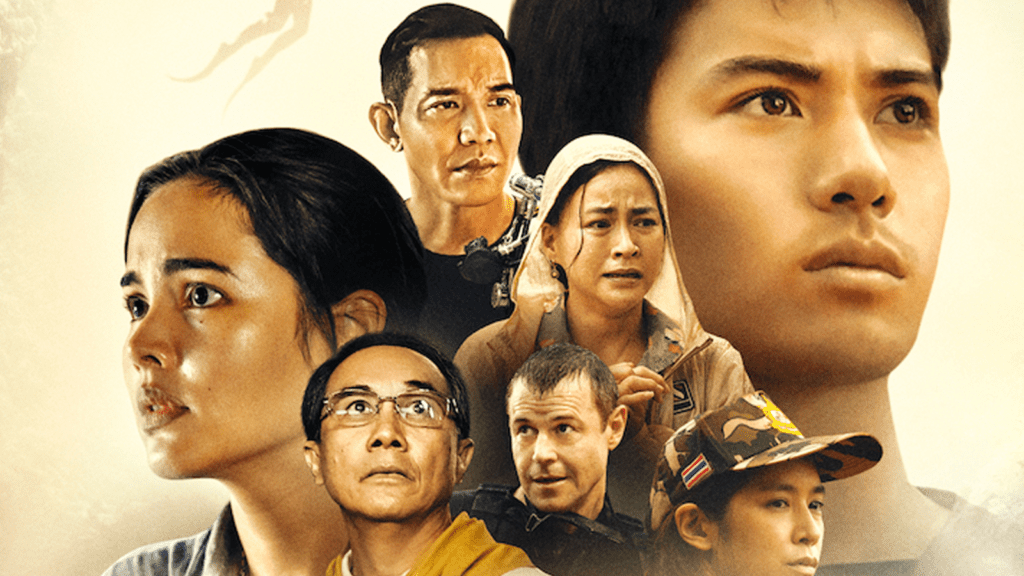 As the parents wonder if the rain is due to science or faith, the episode improves on the previous one. Although it’s way too long and makes you think the miniseries would have been better as a movie, it’s more enjoyable.

This recap of the Netflix series Thai Cave Rescue season 1, episode 2, “To Not Offend The Gods”, contains spoilers

READ: Everything we know about the series.

The pilot episode might not have been that exciting, but the ending hinted that there was some magic to the show. Will this magic continue in the second episode? Read the recap below to find out.

It has now been 15 hours since they entered the cave and the water level has risen considerably. Eak decides he will swim to the other side. In doing so, he will connect a rope to his body so that the soccer team can also get to the other side. When he does, however, he finds himself in a predicament and begins to drown. Since Eak has been in the water for too long, the soccer team pulls him out and saves his life.

With their path to freedom seemingly no longer an option, the football team asks if they are trapped there. Meanwhile, on land, the citizens begin trying to come up with a plan to save the trapped boys. Governor Narongsak witnesses the scene, and he is soon bombarded with questions from the press. When he visits the parents of the trapped boys, he tells them that he will stay with them until their boys are safe. However, one of the parents says that a villager said that the children have offended the cave spirits and they must ask for their forgiveness. While the Governor believes in science more than faith, he always joins them in prayer.

Mark’s mother learns of the existence of the cave and wonders if her son is among those trapped. But his efforts to get information are shattered when the guard pays him little attention. The Governor talks to a local expert from Tham Luang. He learns that Tham Luang is a monster. Soon after, the rescue mission begins.

Meanwhile, in the caves, the boys begin to panic. Phong shouts that they are standing in the grave, with others claiming that it will be impossible for anyone to find them. Eak tries to use his past experience as a monk to calm the football team down. He offers them to meditate to calm all their nerves. And that seems to be working really well for Adul, who was, understandably, an emotional mess before. Meanwhile, Mark’s mother, Namhom, is fired, once again, by the cave guards. She cries out for the governor and begs him to help her, where she learns that her son hasn’t come to practice. In return, Namhom reveals that she has no Thai papers and asks why she would risk all that.

The governor believes Namhom and he gives him permission to stay. Inside the cave, Eak says they might be able to escape if they start digging. But there aren’t exactly a huge number of volunteers to help out. In fact, it’s only Mark who’s willing to help. Pim calls Noon and asks for regular hourly weather reports. It has now been 2 days and 3 hours since the boys got trapped in the cave.

The Governor tells the rescue team to change tactics to help save lives. Soon after, new attempts to save the boys begin. It has now been 6 days and 1 hour since the football team entered the cave, with growing fears that the boys were already dead. In the cave, Eak reveals that his life has changed after the death of his parents. With Mark not doing very well and the boys starving to death, Eak desperately tries to ensure their survival. The Governor and Namhom pray for the boy’s safe return. With no more rain forecast for a while, the rescue team might finally have a chance to save the soccer team. The episode ends with Rick swimming towards the trapped boys. While he records them, the parents watch them on a television screen.

What did you think of Thai Cave Rescue season 1, episode 2? Comments below.

You can watch this series with a Netflix subscription.