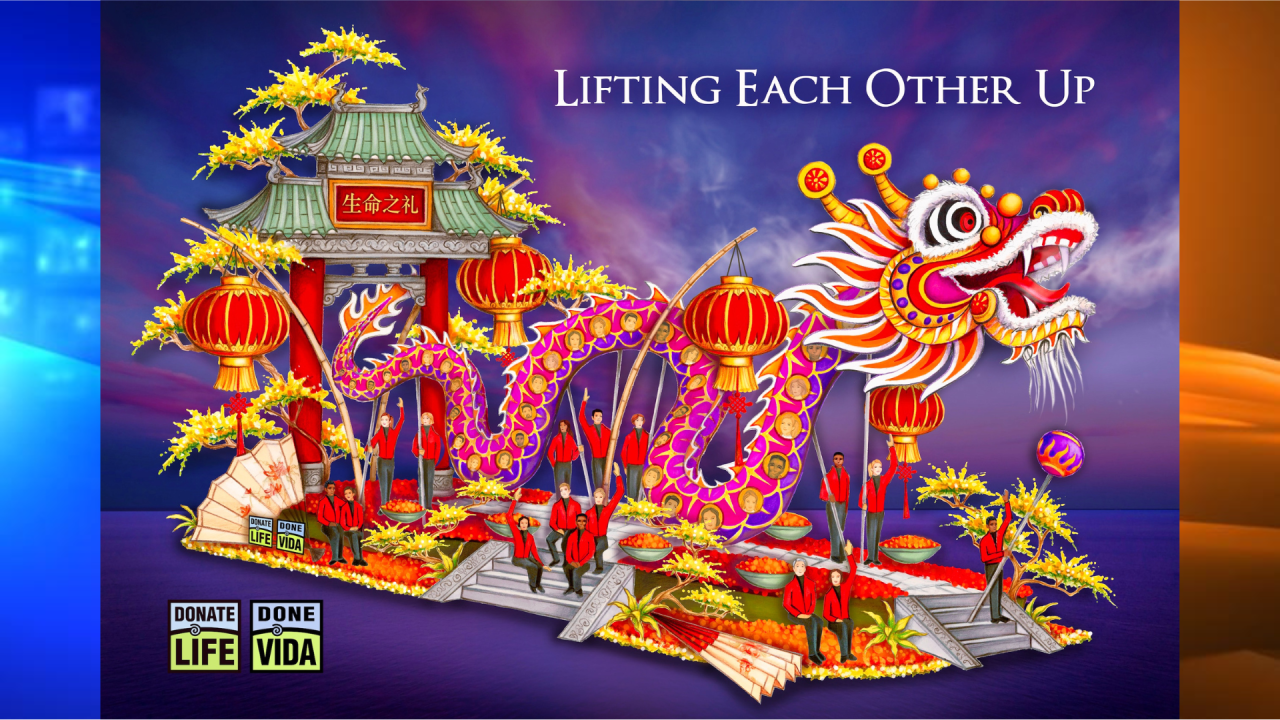 Even though the festive season isn’t here yet, that doesn’t mean work is stopping on building next year’s Rose Parade floats.

Before the Parade of the 134th Tournament of Roses kicks off on January 2, 2023, let’s take a look at five floats carefully constructed with millions of flowers and organic ingredients.

On New Year’s Day, these floats will cruise down Colorado Boulevard, racing the five-and-a-half-mile course while dazzling audiences around the world.

This year’s theme is “Turn the Corner” and each float entry “features a unique theme and visual story that brings their ship to life.”

“The theme of the float is ‘Launching Our Future Generation’ and features three children in a rocket ship representing the vision and creativity of our youth to rise above all circumstances.

Surrounding the float are graduates from all walks of life celebrating their academic achievement.

Proudly participating in the parade since 1949, the joint Cal Poly Pomona and Cal Poly San Luis Obispo entry is the only student-built float in the parade.

The theme, “Road to Reclamation”, encourages viewers to take a closer look at the natural wonders around them.

“This year, Cal Poly has taken a small, often overlooked part of nature and enlarged it to the point where the onlookers are the insects. A sense of awe at the regenerative power of nature allows audiences to reflect on how where the end of one phase can provide an opportunity for the next.

South Pasadena remains the Rose Parade’s “oldest self-built float, having built and decorated its floats since 1893 to promote community spirit and volunteerism”.

The “Spark of Imagination” theme highlights children’s creativity and imagination. A group of smart mice are pictured winning a science fair with their creations.

Several types of bark, leaves and 14 different rose varieties can be found on this whimsical float.

Give a gift of life

The Donate Life float celebrates the power of organ, eye and tissue donation with its theme, “Uplifting Each Other”.

The theme celebrates Asian culture with a beautiful street dragon as the centerpiece. Dragons symbolize power, luck and prosperity. The dragon is depicted snaking through trees and lanterns and will be held on poles by living donors and organ donation recipients.

As the largest service organization in the world, Lions International has participated in the Rose Parade for more than 30 years. Their floats tell stories of inspiring humanitarian efforts.

“The 2023 float features Lions and Leos planting trees, picking up trash, tending a garden with nutritious food, and three ornate bridges that symbolize bringing people together and bridging the gap between local needs and world.”

Watch the 2023 Tournament of Roses Parade on KTLA 5 day after new year’s day on January 2, in accordance with the tradition of the tournament “Never on Sunday” preserved since 1893.

A hidden travel gem in Switzerland filled with adventure