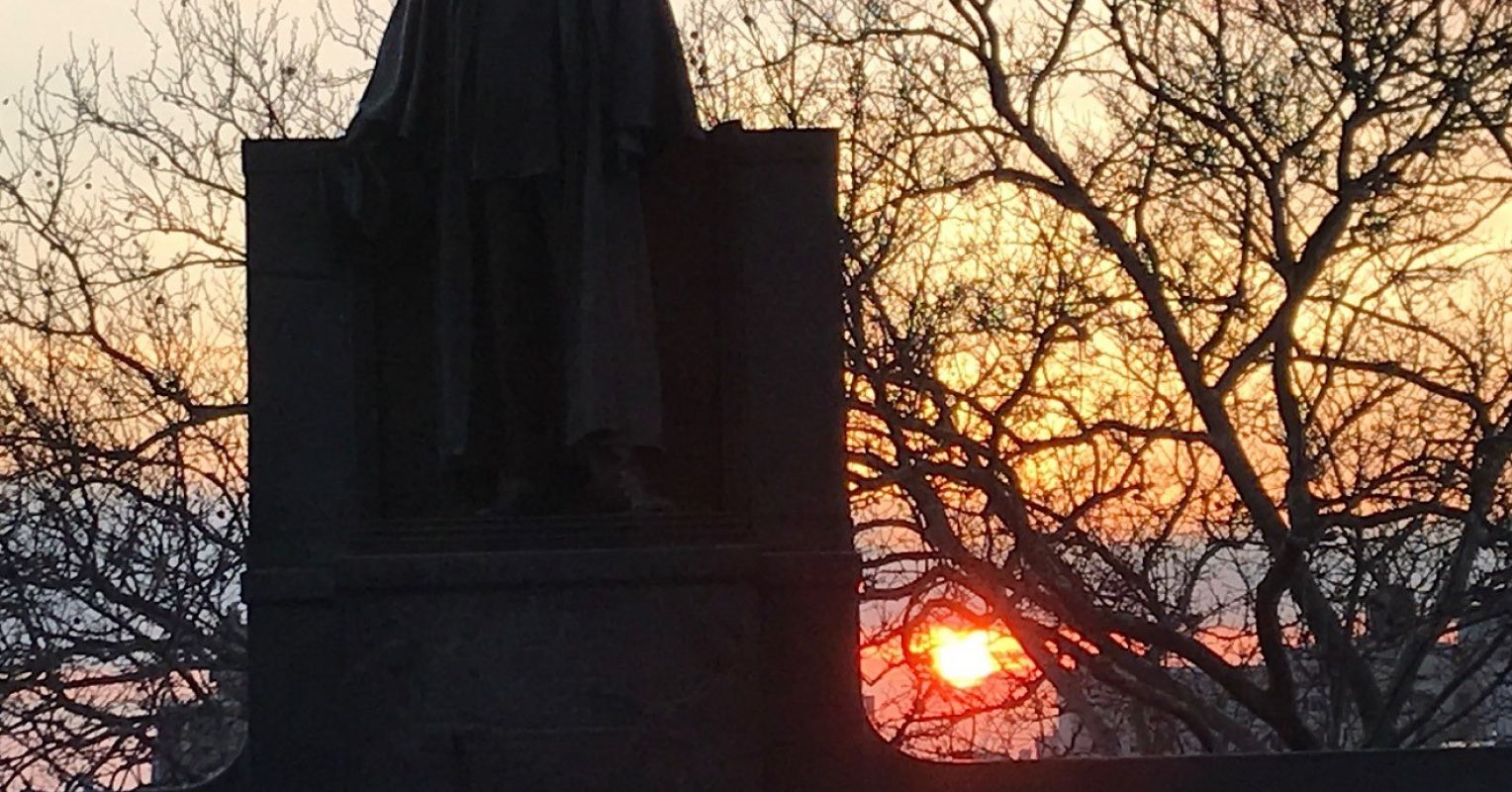 statue in the park

What do you do when the truth comes out, even decades after the fact?

In recent years, we have become accustomed to statues being pulled down, whether imperialists or slave owners, or former heroes exposed as crooks. Cultural monuments are also being demolished these days, though often difficult to dislodge from the public squares of our minds.

In psychiatry, I argue that the best candidate for demolition is the late Stanford psychologist David Rosenhan’s 1973 article, “On Being Sane in Insane Places,” which was published in the preeminent journal Science almost 50 years ago.

In “On Being Sane”, Rosenhan famously describes sending eight people without mental illness to be admitted to mental hospitals. They were reportedly instructed to report hearing voices saying “emptiness”, “hollow” and “noise” – symptoms of a non-existent diagnosis concocted by Rosenhan, “existential psychosis”. The eight pseudo-patients (including Rosenhan himself) were quickly admitted to psychiatric wards and diagnosed with paranoid schizophrenia.

Immediately upon admission, they were instructed to stop faking “any symptoms of abnormality”. Although they supposedly spent weeks at the hospital conversing with other patients and staff and writing down observations about their experiences, none were detected to be sane except by d other patients. All were prescribed high doses of medication, and were released after an average of 19 days, diagnosed with paranoid schizophrenia in remission.

Rosenhan’s electrical charges made headlines and magazines across the country and changed psychiatry forever. Part of its appeal is undoubtedly Rosenhan’s passion, which is evident even today. Eloquent and incandescent outraged, he describes the mentally ill as “lepers of society”, and evokes an overwhelming feeling of helplessness of poor souls incarcerated in a psychiatric environment, dispossessed of their civic rights and their very humanity. Psychiatric hospitals turn out to be heartless bureaucracies where staff spend hours in their glass-walled offices, barely conversing with patients except for a few kindly nurses who dispense numbing drugs.

Somehow, Rosenhan concluded, psychiatry’s fatal flaw lies in its misdiagnoses: “We have known for a long time that diagnoses are often neither useful nor reliable, but we have continued to use them nonetheless. . We now know that we cannot distinguish madness from reason. … How many people, one wonders, are sane but not recognized as such in our psychiatric hospitals?

There was ample truth in Rosenhan’s observations. Mental hospitals in the mid-twentieth century were often vast warehouses of neglect, with limited assessment and treatment. The diagnostic system of the 1970s was flawed: a patient was regularly diagnosed with schizophrenia in Britain and manic depression in the United States. by Ken Kesey Flight over a cuckoo’s nestand the Chicago 7 circus trial and treacherous Watergate shenanigans.

“Sane in Insane Places” (hereafter referred to as SIIP) has had a profound impact on psychiatry. His apparent radical honesty inspired a generation of psychiatrists to provide compassionate, respectful care and fix a dysfunctional mental health system. This has accelerated the process of deinstitutionalization – for better or for worse, since many people with mental illnesses are now incarcerated in prisons and receive little psychiatric care or end up homeless; many arguably have worse lives than the retarded patients of previous decades.

More productively, the SIIP accelerated the development of the Psychiatric Diagnostic Manual DSM-IIIpublished in 1980. The DSM-III and its successor volumes (now until the edition 5-TR) revolutionized psychiatry, with the development of a reliable (but not often biologically “valid”) diagnostic system, leading to significant advances in clinical treatment and improving outcomes for millions of people, despite being now supplanted by new models based on neuroscience. Worse, the newspaper legitimized anti-psychiatric movements, stigmatizing both patients and their caregivers.

Today, SIIP retains an essential place in our culture. Not only does he have 4,416 citations in Google Scholar, his findings are presented uncritically in most introductory psychology textbooks published today.

Here’s the problem, and here’s why the retraction is necessary, even fifty years after publication: “Sane in Insane Places” is a fraud.

Devastatingly, Cahalan obtained psychiatric records for admitting Rosenhan’s pseudo-patient to Haverford State Hospital in Pennsylvania. Rather than just pretend to hear voices, however, Rosenhan told the admitted psychiatrist that he had symptoms for months, felt constantly suicidal, and had put copper pans next to his head to block hallucinations – symptoms much worse than a single voice saying “noise”. While Rosenhan later claimed that he excluded his admission to Haverford from “Sane in Insane Places”, Cahalan convincingly demonstrates that his patient accounts primarily describe Rosenhan’s own hospital experiences.

Additionally, Rosenhan’s article excluded one actual participant, a young graduate student. Decades later, Cahalan finds him. Now a Minnesota psychology professor, Harry Lando has had remarkably positive experiences at the hospital, bonding with staff and other patients, going on outings and playing folk songs. In fact, positive life-transforming experiences! Rather than admit that one subject’s report diverged from the others and temper the harsh conclusions of his study, Rosenhan summarily deleted it. Excluding such “outliers” from a scientific paper is unforgivable.

Even more damning, Cahalan concludes that there is no evidence that there were even eight pseudo-patients and that he is only able to document two cases. Both in the 1970s and today, no one has ever been able to find primary sources for other materials. Then there’s Rosenhan’s odd post-release behavior. He never conducted a larger study to replicate his little report. Although he received a substantial advance and wrote over 100 manuscript pages, he never published a book on the subject, leading Cahalan to conclude that this would have exposed him as a fraud. Rosenhan even had to repay his publishing advance.

Why was the diary even published? Cahalan could not find a match from Science to explain how the peer review process took place and by what criteria it was accepted for publication – or whether the reviewers requested primary documents such as hospital notes or medical records to support Rosenhan’s claims.

In short, Cahalan good suitor confirms what psychiatrist Robert Spitzer asserted in a 1975 paper, “On Pseudoscience in Science, Logic in Remission, and Psychiatric Diagnosis”: Rosenhan’s paper is pseudoscience. It is far from deserving of publication in a scientific journal by today’s standards, and even by the standards of the 1970s.

Which leads to this conclusion:

Almost 50 years after its publication, I argue that the SIIP should be retracted, joining the ranks of other now discredited studies. In 2018 the New England Journal of Medicine retracted an influential 2013 paper claiming to demonstrate the superiority of the Mediterranean diet, after reviewer John Carlisle, a British anesthesiologist, pointed out flaws in the randomization of study participants, which made it impossible to conclude that the diet “caused” a 30 percent drop in heart attacks and strokes. Instead, the corrected, weaker article could only conclude that the diet was “associated with” such results. A host of other retractions have since proliferated, including influential studies on cancer and kidney disease. If retracted, SIIP would be by far the most cited of all retracted articles; the article on the Mediterranean diet had only 1,895 citations before its retraction, compared to 4,416 for the SIIP

It’s time for the Science to begin a formal review, as with other contested studies, by appointing a board of experts in psychiatric treatment, social psychology, history, ethics and other disciplines. They should review the article’s methods, its strengths and weaknesses, and its publication path to Sciencethen recommend a restorative justice process.

One might ask: what harm does a nearly 50-year-old newspaper do by remaining where it is, nestled in the Science archives like a verdigris statue rising sadly in a park?

On the contrary: It is not neglected. Remaining as is, unchallenged, “Sane in Insane Places” perpetuates the lies. How ironic that an article chastising psychiatry for hypocrisy and flawed methods is itself a collection of lies, obfuscations, selective reporting and outright fabrication. By portraying psychiatry as a nefarious discipline run by indifferent professionals, it stigmatizes not only caregivers and institutions but also patients, those who seek and desperately need help. Going unchallenged, he continues to spread an undeniably false narrative. Omitting Harry Lando’s healing story destroys any hope of redemption.

Should ‘Sane in Insane Places’ be taken off the internet, shattered like statues of toppled dictators?

The problem is that this article has undeniable historical importance.

Perhaps the best solution would be to move it to a special park, so to speak, with other discredited intellectual monuments, surrounded by material providing a contemporary context – like a cautionary tale. Modified or annotated, the SIIP could indicate where Rosenhan’s claims are supported by documents, where they are contradicted and where their veracity is unknown. It could introduce the story of Harry Lando, whose psychiatric hospitalization was so healing. Updated periodically, it could advance the cathartic and prophetic fervor of Rosenhan’s article, while openly admitting its serious flaws.

It could therefore stand as a monument to the harms and benefits of well-meaning bad science – both an inspiration and a warning to future generations.

The sinking of the Endurance threatened by global warming, according to a marine archaeologist | Antarctic