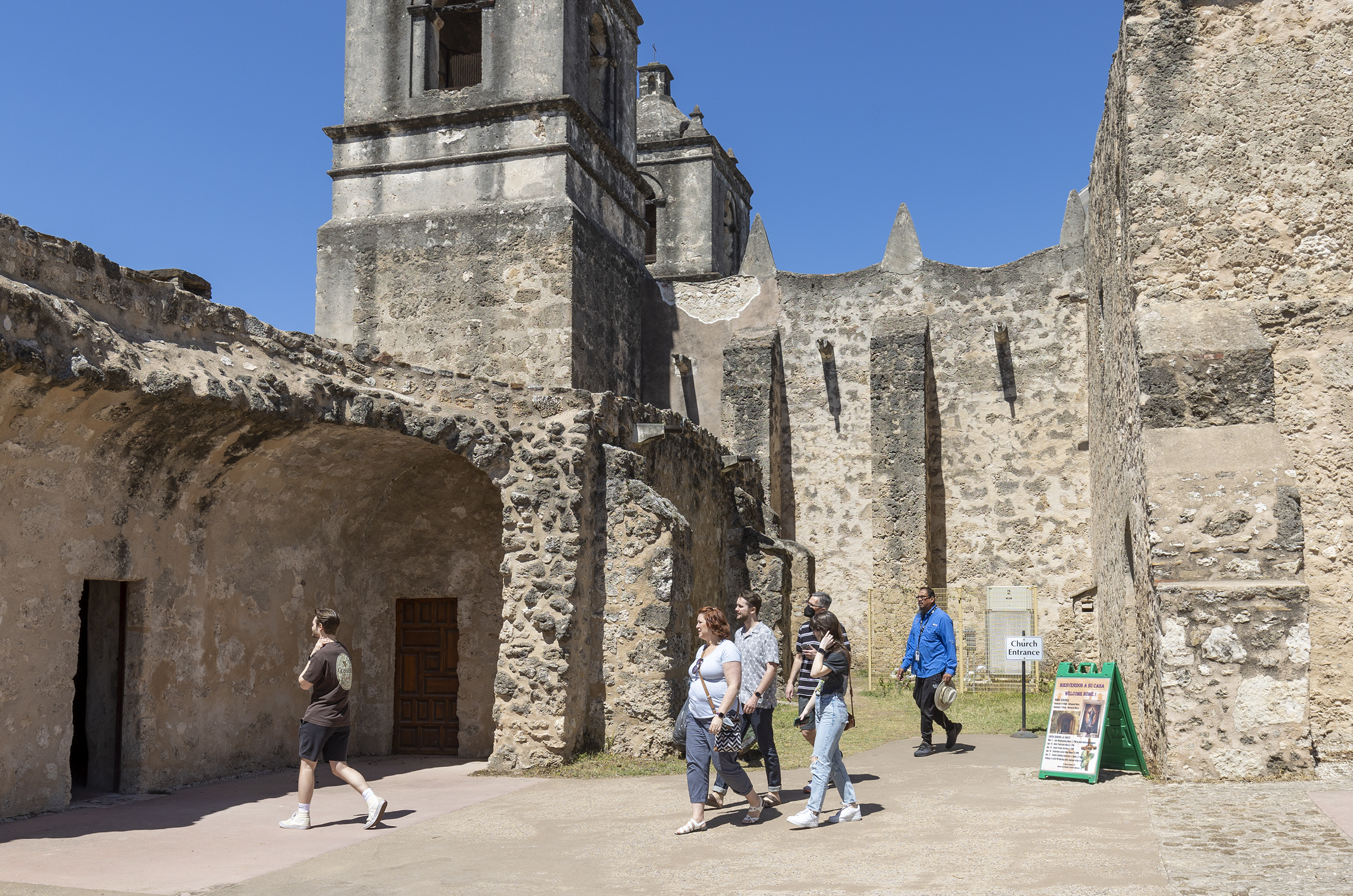 Meanwhile, National Park Service officials are asking for the public’s help in seeking advice to identify those responsible for vandalism at UNESCO World Heritage sites.

Ethel Rios, a longtime parishioner and Mission Concepción Convento accountant, arrived at the mission March 14 to find what appeared to be ashes at the front door. Then she saw something worse: someone had carved the words “Pancho Villa”, “Ignacio Zaragoza Mexico” and “March 12, 2022” on the front door of the convent. Although someone tried to break into the church, they were unsuccessful.

“Thank God there was nothing else in the church” that was damaged, she said.

National Park Service officials said someone also broke into Mission San Juan. church around the same time and walked into an empty room. Although there was no damage to the interior, the door and door jamb were damaged.

Rios said she believes both incidents happened on the same night and involved the same person or people.

“There was extensive damage,” Heyer said. “I don’t have a cost estimate yet. [on how much] it’s going to have to be fixed, but we’re working with carpenters who will come in and specialize in historic preservation and they’ll do the work to fix those doors.

This isn’t the first report of vandalism in historic missions. In 2018, three vandals defaced Mission San José and Mission San Juan with politically motivated graffiti. Because the vandalism occurred on federal property, three San Antonians were charged in federal court and ultimately sentenced to probation and ordered to pay restitution and perform community service.

Heyer said since the 2018 incident, security measures have been adjusted to patrol missions. Bexar County officers and San Antonio Police Department officers are patrolling the area.

Heyer said the investigation is ongoing, but would not discuss potential leads. He said the National Park Service was working with the SAPD, which is investigating the damage at Mission San Juan.

Heyer confirmed there were security cameras in Missions National Historical Park, but would not comment on any information gathered from them. According to Rios, the camera near Mission Concepción faces the parking lot, not the church gates.

Anyone with information about the incidents can call or text the Investigative Services Branch information line at 888-653-0009, or via the web at go.nps.gov/SubmitATip, or by email at [email protected]

Rios said she hopes the March 31 meeting scheduled to discuss what mission officials called “the big security issue” in an email will result in improved security measures “as much as possible.” soon as possible”.

Ultimately, any changes to historic buildings will have to be approved by the Texas Historical Commission and other parties, she said.