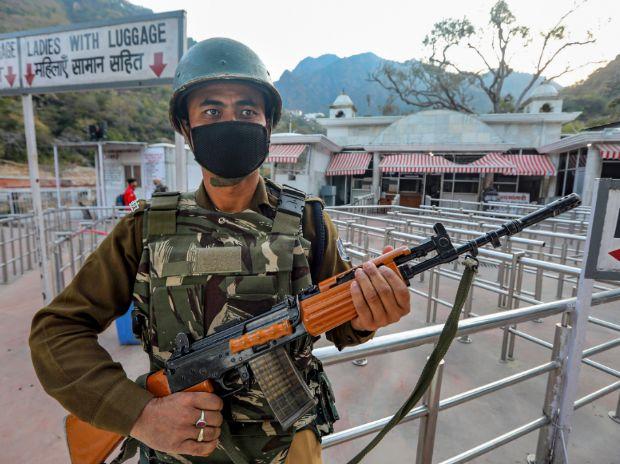 The country’s largest paramilitary force, the CRPF, received the highest number of 73 bravery medals for carrying out counterterrorism operations in Jammu and Kashmir and various states affected by Maoist violence.

The three were killed in a fierce shootout with terrorists that raged for nearly 34 hours in Jammu Kashmir Kupwara in February 2019. Two foreign terrorists were killed in the shootout that claimed the lives of five members of the security forces, including two from the JK Police Special Operations Group (SOG).

The officer, head of his home response team in the Kashmir Valley, was on treatment at Base 92 hospital for about 10 days after being shot twice in the chest and abdomen during this action. He is “back in action” now and has returned to duty, a senior officer said.

A medal tally released by the Union Home Office showed the force was awarded the President’s Police’s Highest Medal for Bravery (PPMG), posthumously for the Deputy Deputy Inspector Mohan Lal who was killed in the 2019 Pulwama terrorist attack in Jammu and Kashmir, while the rest of the medals belong to the second highest category of the Police Medal for Bravery (PMG).

Jammu and Kashmir Police received 52 Police Bravery Medals, followed by 20 by the Border Security Force, 17 by Delhi Police and 13 by Maharashtra Police and others.

Of the 69 Police Bravery Decorations won by the CRPF, 61 medals were presented to soldiers who demonstrated courage and dedication in the Jammu-Kashmir theater, while the remainder came from operations in the Jammu Kashmir. States Affected by Left Extremism (LWE). .

“It is a moment of great pride for all the strength that the grateful nation has bestowed upon us and has honored the bravery and bravery of our brave men with a total of 73 Bravery Medals on this Republic Day.

The around 3.25 lakh strong force leader said such decorations gave “a huge boost to the morale of the force’s personnel” and paid tribute to the three troops who were posthumously awarded the Kirti Chakra and to Deputy Commander Mathur for carrying out a successful operation. .

Among the recipients of the PMG are two officers of the rank of Deputy Inspector General (DIG), Komal Singh and PC Jha.

Singh received his second Bravery Medal this time for “showing conspicuous bravery in the face of adversity” during an action against the Maoists in the Bijapur district of Chhattisgarh in June 2015.

Jha was awarded for a September 2018 operation in Jammu where the CRPF killed three foreign terrorists in a joint operation with other security forces.

The quote said Jha and his troops have displayed “indomitable fighting spirit and dedication in the face of clear and imminent death.”

The CRPF, raised in 1939, was designated as the country’s main internal security force and formed the core team of counterterrorism forces deployed to JK, including the UT army and police.

Business Standard has always strived to provide up-to-date information and commentary on developments that matter to you and have broader political and economic implications for the country and the world. Your encouragement and constant feedback on how to improve our offering has only strengthened our resolve and commitment to these ideals. Even in these difficult times resulting from Covid-19, we remain committed to keeping you informed and updated with credible news, authoritative views and cutting edge commentary on relevant current issues.
However, we have a demand.

As we fight the economic impact of the pandemic, we need your support even more so that we can continue to provide you with more quality content. Our subscription model has received an encouraging response from many of you who have subscribed to our online content. More subscriptions to our online content can only help us achieve the goals of providing you with even better and more relevant content. We believe in free, fair and credible journalism. Your support through more subscriptions can help us practice the journalism to which we are committed.

Democrats set to cap stimulus check income at $ 50,000 per year for individuals