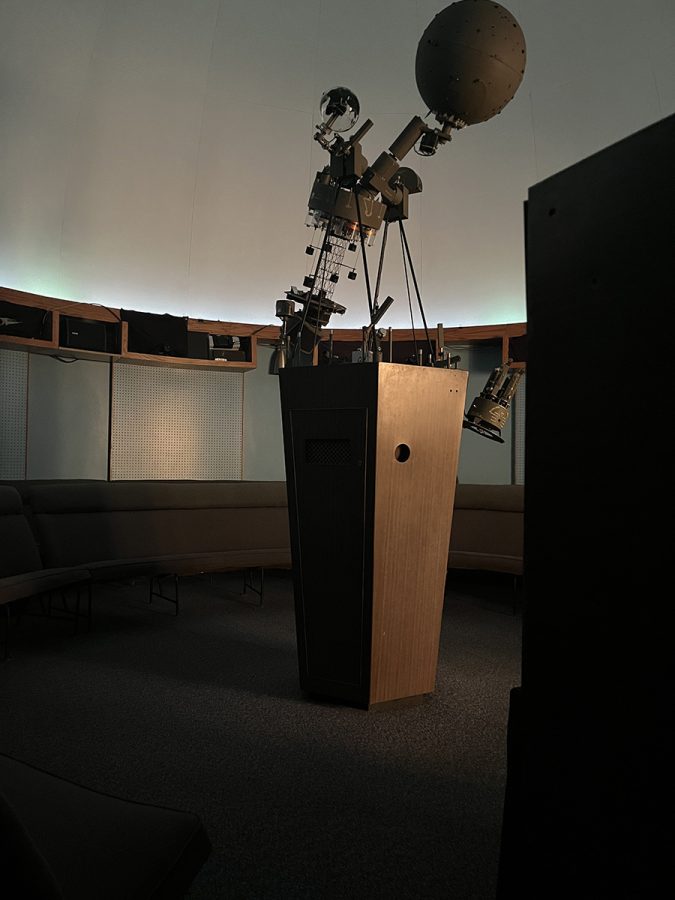 Planetarium shows open to the public – The Spectator

The LE Phillips Planetarium offers $5 public shows from September 22 to December 15 for the UW-Eau Claire community.

These shows are a guided presentation of the night sky at Eau Claire and other astronomical topics.

According to LE Phillips Planetarium web page, public broadcasts are typically around 45 minutes long to allow ample time for the crowd to ask questions and interact with the speakers throughout and after the broadcast.

Public shows are held weekly at 7 p.m. Thursday nights through December 15 at LE Phillips Planetarium. The planetarium is located in the North Wing of Phillips Science Hall and $5 admission per guest is paid at the door.

Planetarium shows are suitable for children 10 and older, as well as younger guests particularly interested in astronomy, according to UW-Eau Claire. Event calendar.

“I think there’s a sense of wonder that’s hard to communicate over text when the lights go out and you see this dome and all of a sudden you can be tricked into thinking you’re in this space much bigger,” Wolf said.

Wolf said one of the purposes of public planetarium shows is to inspire people to study or become aware of science.

“I want to at least increase science literacy,” Wolf said. “I want people to be curious about what’s going on in the night sky and that’s usually kind of a doorway to caring about how things work in the world at large.”

Wolf explained that the LE Phillips Planetarium is often a destination for school trips, both for young audiences and UW-Eau Claire students.

Daina Kalniņa, a third-year biology student and student assistant at the planetarium, said that one of the intentions of the planetarium shows is to educate viewers in an exciting way.

“The planetarium hopes to achieve this by taking complicated ideas such as the position of the Earth, the position of the sun, and the movements of our orbit and the planets, and conveying them in a way that not only creates understanding for the public, but also a sense of wonder and fascination with the incredible place we live in,” Kalnina said.

Nathan Miller, a physics and astronomy professor at UW-Eau Claire, said visits to the planetarium are always something his students remember from class.

“After using lessons and homework to discuss how the night sky behaves, the planetarium brings it all together so that you can see these movements happen in the realistic planetarium simulation,” Miller said.

“Once you’ve seen a planetarium show, you’ll have a much better idea of ​​what you’re seeing when you see one of nature’s truly great wonders: the beauty of the night sky seen from a dark place,” Miller said.

For more information on public shows and directions to the planetarium and parking lot, see the LE Phillips Planetarium Web page.

O’Brien can be reached at [email protected].