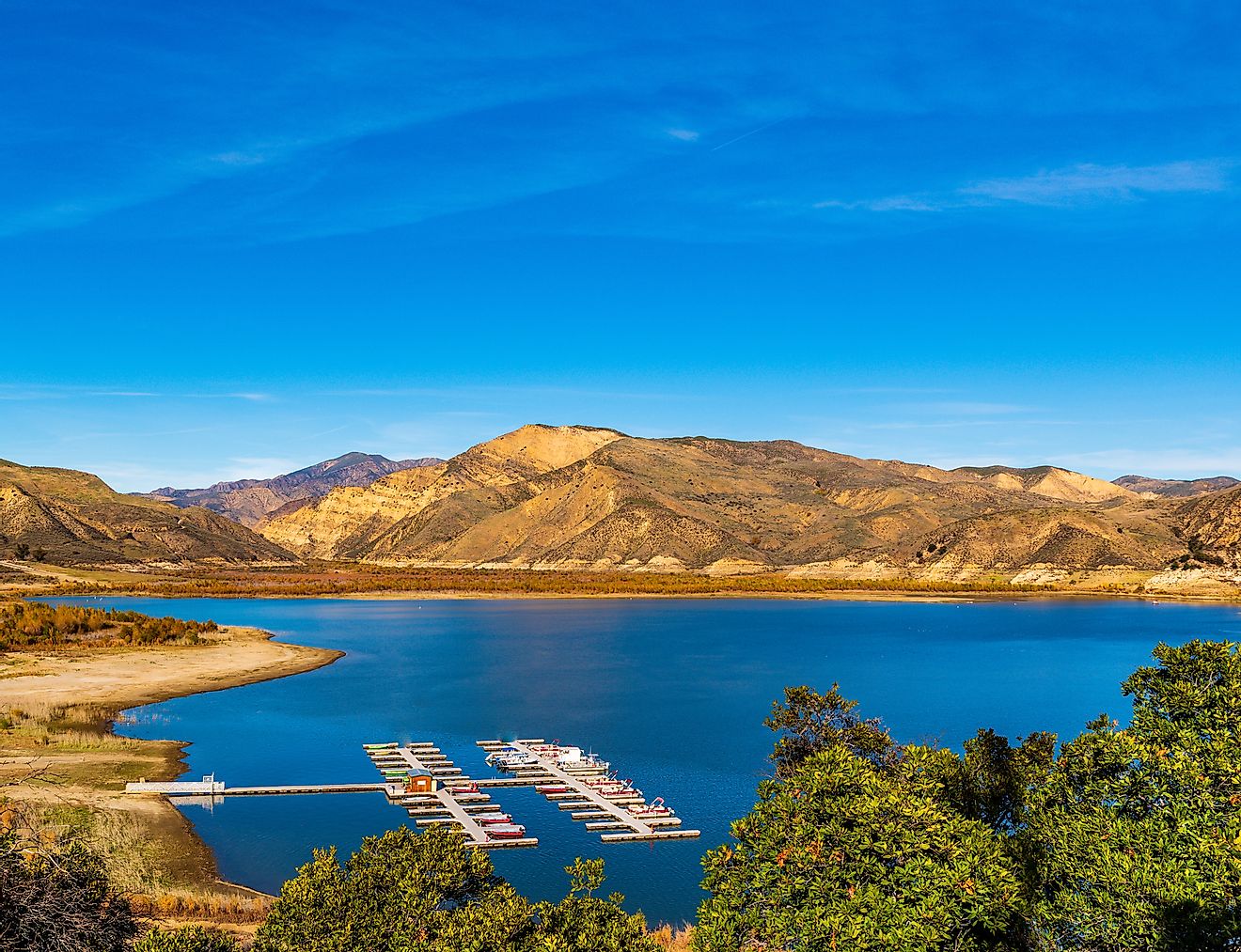 Piru Lake is an artificial reservoir, created by the dam of Piru stream – a tributary of the Santa Clara river by the Santa Felicia dam. This scenic lake is located in the Topatopa Mountains and is part of the Los Padres National Forest in Ventura County, southern California, United States. Lake Piru is widely known for several drownings and other tragedies that have taken place in the lake.

Piru Lake covers an area of â€‹â€‹5,018 kmÂ² and the lake reaches a maximum depth of 40 m. The lake is located downstream from Pyramid Lake at an altitude of 318 m. The Piru Lake Reservoir and the Santa Felicia Dam were built in 1954 and 1955 and are maintained by the United Water Conservation District located in the city of Santa Paula. The dam is an integral part of the district’s operations and an essential facility in its mission to protect and manage the water resources of the Santa Clara River Valley and the Great Oxnard Coastal Plain.

The Santa Felicia Dam was built primarily to recharge downstream groundwater basins and to control seawater intrusion into underground aquifers located near the Pacific Ocean. Piru stream runoff is stored in Piru Lake Reservoir when groundwater basins remain full during winter and spring seasons. The water that is released from the Santa Felicia dam is also used for the production of hydroelectric power.

Piru Lake is a popular tourist destination and offers many recreational activities to its visitors. Located along the western shore of the lake, the Piru Lake Recreation Area offers several recreational activities such as swimming, fishing, boating, water skiing, camping and picnicking. There are approximately 238 campsites, 107 of which are equipped with electric hook-ups and 66 piers with marinas well served in the lake region. In 2013, an invasive species of freshwater mussels named quagga mussels was found in the waters of Lake Piru and Lower Piru Creek. Since then, various measures have been taken by the United Water Conservation District to deal with the continued colonization of quagga mussels in Lake Piru.