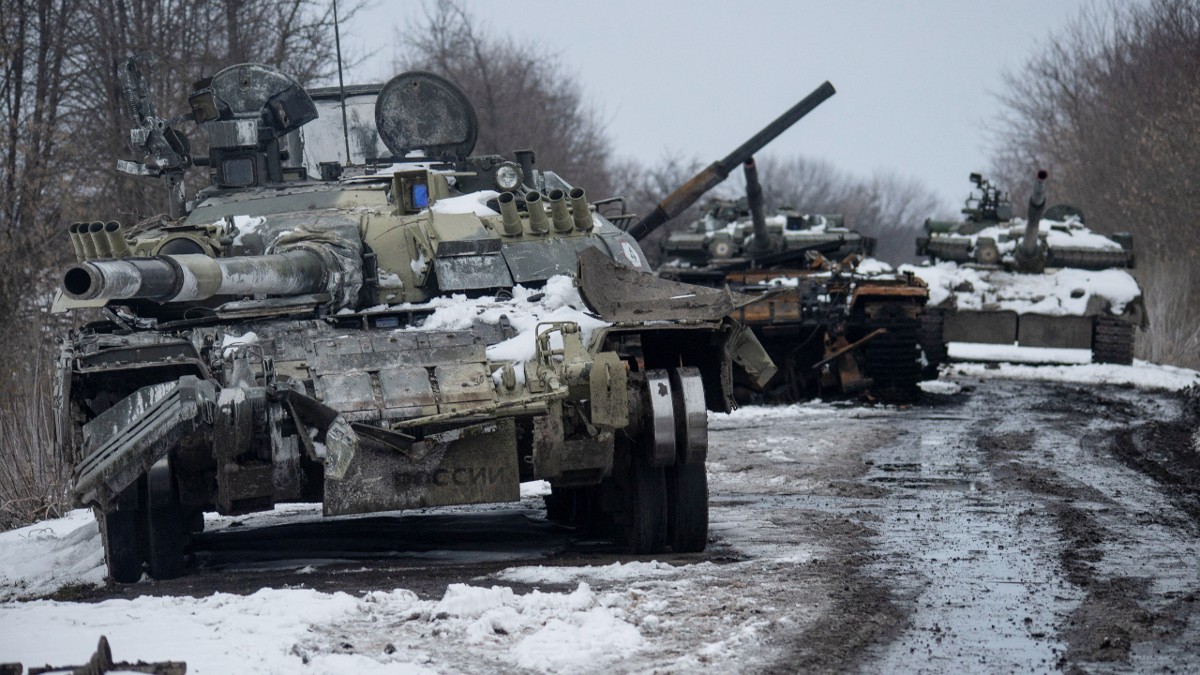 Opinion: What the US and NATO must do to defeat Putin

Two weeks ago, Vladimir Putin launched the most significant conflict in Europe since the Second World War. By air, land, sea and cyber and attacking in three directions – north, south and east – Putin’s goal is to obliterate Ukraine as an independent sovereign state.

In scenes reminiscent of World War II, battles for the capital Kiev and other Ukrainian cities are underway, with Russian bombs, rockets and artillery destroying homes, hospitals and historic sites.

Although outnumbered and outgunned, the Ukrainian army fought tenaciously and offered fierce resistance. Ukrainian President Volodymyr Zelensky has rejected President Biden’s offer to evacuate Kiev, saying, ‘I need ammunition, not a round’, and begs the US, NATO and Europe impose tougher sanctions and supply arms to Ukraine.

As this tragedy unfolds, the Biden administration faces two irreconcilable realities. Biden cannot and should not send the US military to fight in Ukraine, nor allow Putin to succeed in erasing Ukraine as a free and sovereign state.

If Biden deploys troops to Ukraine or establishes a no-fly zone, the conflict could escalate from a regional war to a much broader and more destructive conflict. We must remember that Russia has nuclear weapons and Putin’s nuclear forces are already on high alert. On the other hand, if Putin achieves his strategic goals of subjugating Ukraine, we can expect similar aggression against NATO states that share a border with Russia.

What, if anything, can the Biden administration do?

During the first week of the war, Biden laid out his policy for confronting Putin. First, thousands more troops are on their way to reinforce US and NATO forces already in Eastern Europe.

Second, the president continues his policy of steadily escalating economic warfare against Putin, with increasing sanctions targeting Russian financial institutions, Russian oligarchs, and Putin himself. But the president reiterated that the US military will not fight in Ukraine.

However, Biden admitted that “no one expected the sanctions to stop anything from happening” and that ultimately it would take “about another month to see if they work.” Germany and other European states have stepped up sanctions, but even this new wave of sanctions is unlikely to compel Putin to stop the war.

We don’t know what will happen in Ukraine. We don’t know how long the conventional fighting will last, or how long the Ukrainian armed forces can continue to resist, or whether the peace talks will produce peace. What we do know is that sanctions alone, no matter how “tough” they are, will not drive Putin out of Ukraine.

If economic sanctions are not the solution, what can the United States and its NATO allies do?

The United States must do to Russia in Ukraine what it did to the Soviet Union during its war in Afghanistan in the 1980s: continue to arm the Ukrainian resistance and, if necessary, fund and arm an insurgency. The war in Ukraine will not be short-lived.

Although conventional warfare may end in weeks or months, Putin will find himself occupying a hostile population, and an insurgency is sure to develop. As Russia’s history in Afghanistan and our recent history in Iraq and Afghanistan show, insurgencies have a high chance of driving their adversaries out of their country when supported from outside.

Biden and Western powers have already supplied defensive weapons to Ukraine. The United States has sent an additional $350 million worth of weapons, and NATO and European Union countries are sending thousands of anti-tank and anti-aircraft missiles to the beleaguered Ukrainians.

Keeping Putin busy and bogged down in Ukraine will prevent him from focusing on the smaller Baltic states and give Ukraine a chance to remain a free and independent state.

Biden and the NATO alliance must continue to respond to Zelensky’s call for ammunition and weapons. If we can give the tools to the Ukrainians, they can finish the job. Our ability to contain Putin and have peace in Europe depends on it.

Dr. Ricardo A. Crespo is a tenure-track instructor in the Department of Political Economy
at Grossmont College.

Weekend storm will bring heavy snowfall to parts of Maine