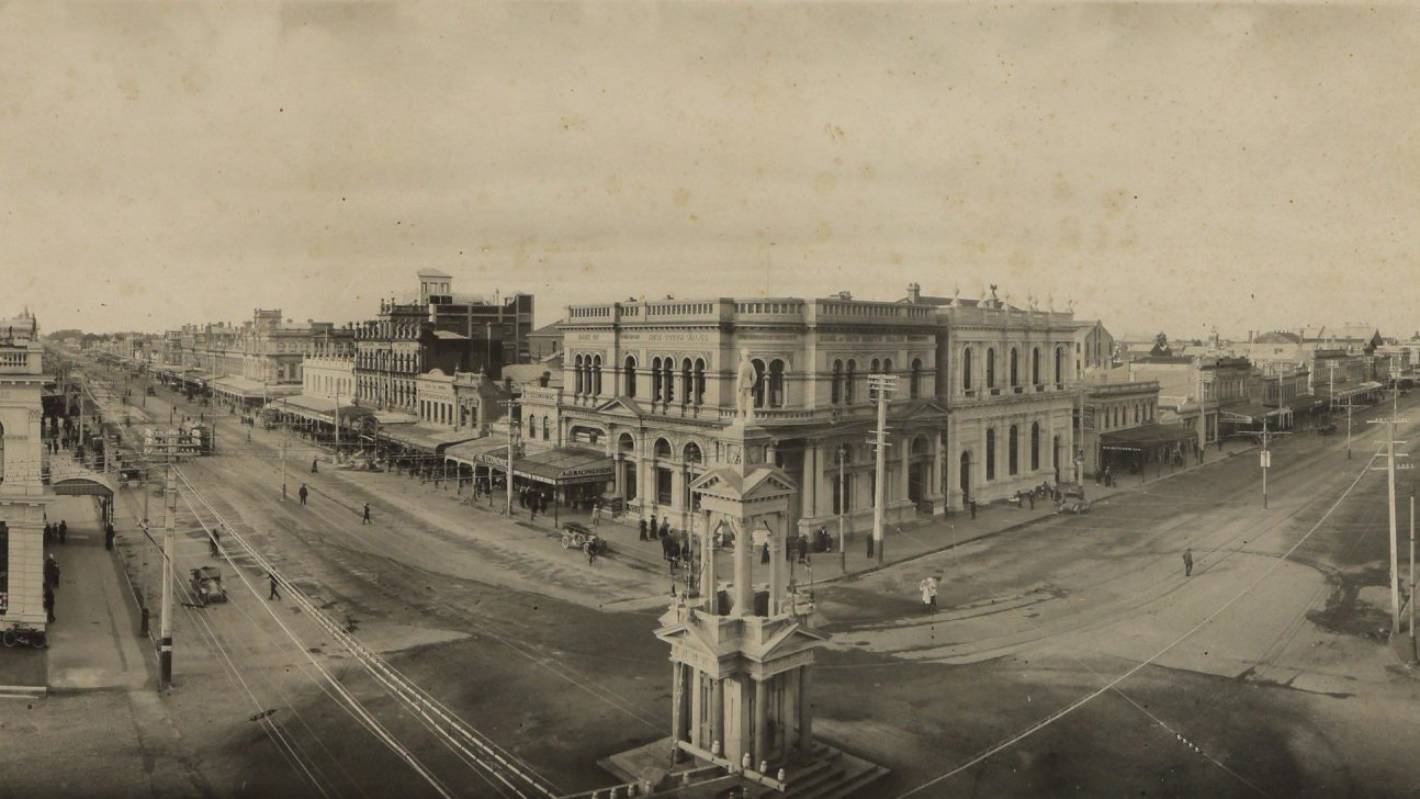 On the Block: Historic buildings on Invercargill’s Dee St bear witness to the southern city’s past

In the literal shadow of Invercargill’s multi-million dollar redevelopments, the historic buildings of Dee St bear witness to the southern city’s past.

There are 32 recognized heritage sites on the east and west sides of Dee St, including and starting with the Cenotaph at Invercargill to the Soldiers’ Memorial.

This includes a recognized historic area on the west side of the road, between Don and Spey streets, which encompasses seven of the 32.

Trevor McLeay began his career in the jewelery industry as an apprentice watchmaker on Dee St in January 1962.

He became managing director of the business the following year aged 18 and sold McLeay Jewelers & Engravers to his son Glenn in January 2019.

The store is on the corner of Don and Dee streets, opposite the library.

Dee St was much busier in the 1960s, McLeay said, with many more chemists, jewelers and restaurants, although Esk St was considered the main street.

Retail spending was in line with farmers splashing around town between February and April, McLeay said.

The opening of the Tiwai Point aluminum smelter in 1971 helped stabilize the whole town, and McLeay’s business grew by 50% in the years that followed, he said.

The most significant changes in trade were the switch from the pound to the dollar (1967) and the introduction of the goods and services tax in 1986.

McLeay remembered that Vauxhalls and Holdens were the cars of the day, and even during the boom years of the mid-1990s, Southlanders weren’t keen on driving expensive vehicles.

“People thought if you had a flash car you made too much money.”

With the proliferation of franchises now, McLeay thought business was easier years ago.

“But now I think if you work hard you will succeed.”

Councilor Becs Amundsen said the Dee St area is one of the city’s most important heritage building complexes.

“The Grand Hotel was and still is a landmark. People have fond memories of the Queen’s visit [in 1954].”

The eclectic stretch would have always been busy, she says.

The public came to attend lectures on subjects ranging from astronomy to botany, or to see the clockwork model of the solar system.

Amundsen believed that part of the temple remained hidden behind a wall or in a ceiling.

Another notable building is the White Swan Hotel, designed by Scotsman FW Burwell, whose works transformed the town center between 1874 and the mid-1880s, according to Heritage NZ.

Amundsen was told that the black swan at the top of the building meant a “house of disrepute”.

McLeay Jewelers & Engravers is in the Alexandra Buildings, designed by Cuthbert John Brodrick, who along with Thomas Royds also designed the Italian Renaissance Bank of New South Wales (1912) and the Grand Hotel (1914).

Amundsen calls the Alexandra Buildings “our most exquisite heritage building.”

A bathroom inside the building, twice the size of the adjoining room, has a bathtub on a strange pedestal, she says.

A street plan from 1928 shows the variety of shops and services offered. On the east side of Dee St between Spey and Don streets, a distance of about 100 yards, there were 21 stores. This included a bacon curer, art dealer, confectioners, fishmonger, boot makers, and tailors, among others.

A 2016 Heritage Buildings Report prepared for the City Council states that Invercargill town center has a wealth of heritage buildings that “reflect its growth and development from an immigrant ‘slum’ in 1859 to a recognized town in 1929”.

The city grew rapidly between 1870 and 1900, which reflected “the Victorian idea of ​​classicism as the ideal commercial front suitable for an emerging urban power.”

Despite the Great Depression, “Invercargill architects produced fine Art Deco-influenced buildings between the 1920s and 1940s,” the report states.

Lucy Farr says these old buildings have great bones, and she loves the look they give the city even though many are unoccupied.

Farr’s father, Victor, opened a menswear store in Bluff in the early 1950s, and Farr’s mother, Lila, opened her second store, Fredericks Menswear, on Dee St around 1979 or 1980, a- she declared.

Farr, 54, now owns the business and remembers being in the store in his school uniform. She remembered sales reps dining at her house when she was little, the same reps she dealt with now.

“I’ve been here a long time.

“We took care of their fathers, now we dress their sons.”

The cramped 18-foot-wide store, on the east side of Dee St between Don and Spey streets, was even narrower before she took a crowbar off a wall in the early 1990s after buying the nearby jeweler, much to her shock. dad.

Farr speaks fondly of the patrons and surrounding buildings.

The business took a hit being completely closed during the Covid-19 shutdowns, but between and since the shutdowns “there has been a wonderful team of young couples who have fought to get married”.

Invercargill would benefit from the development of the town center and the new shopping centre, she said.

“I think we’re all going to benefit from it. It’s important to embrace new developments, but it’s important not to forget the colorful little independents that have been here forever.

A common theme among some independent retailers in the area is that the mall and hotel developments will be good for Invercargill, but they like their current digs.

A mainstay in the area has been E Hayes & Sons, which opened in 1932 in Leven St.

The store expanded in 1977 by purchasing the former Wright Stephenson Motor Division building.

In 2009 they grew further, to 3500 square meters, with the purchase of a car dealership building at the corner of Dee and Leet streets.

David Hubber has been in commercial and retail property in Invercargill for 57 years, opening his first Lambswool store in an arcade in Dee St.

His grandparents arrived in Invercargill in 1857, when there were eight to ten huts, Hubber said.

Hubber had owned seven buildings in Invercargill over the years, employing 45 people at one point.

The remaining property of him and his wife Helen is the eclectic Hubbers Emporium, which has been stocked with antiques, jewelry and paintings for 30 years.

The most expensive thing they ever sold was a $20,000 SY captain’s diary Morning who sailed to Antarctica to retrieve Sir Ernest Henry Shackleton in 1903, he said.

Like other Dee St retailers who spoke to ThingHubber thought town developments would be good for business, but “I’m sorry about the shops on Don and Esk [streets] with the construction site”.

The biggest change with buyers during his years at the emporium was a shift away from quality.