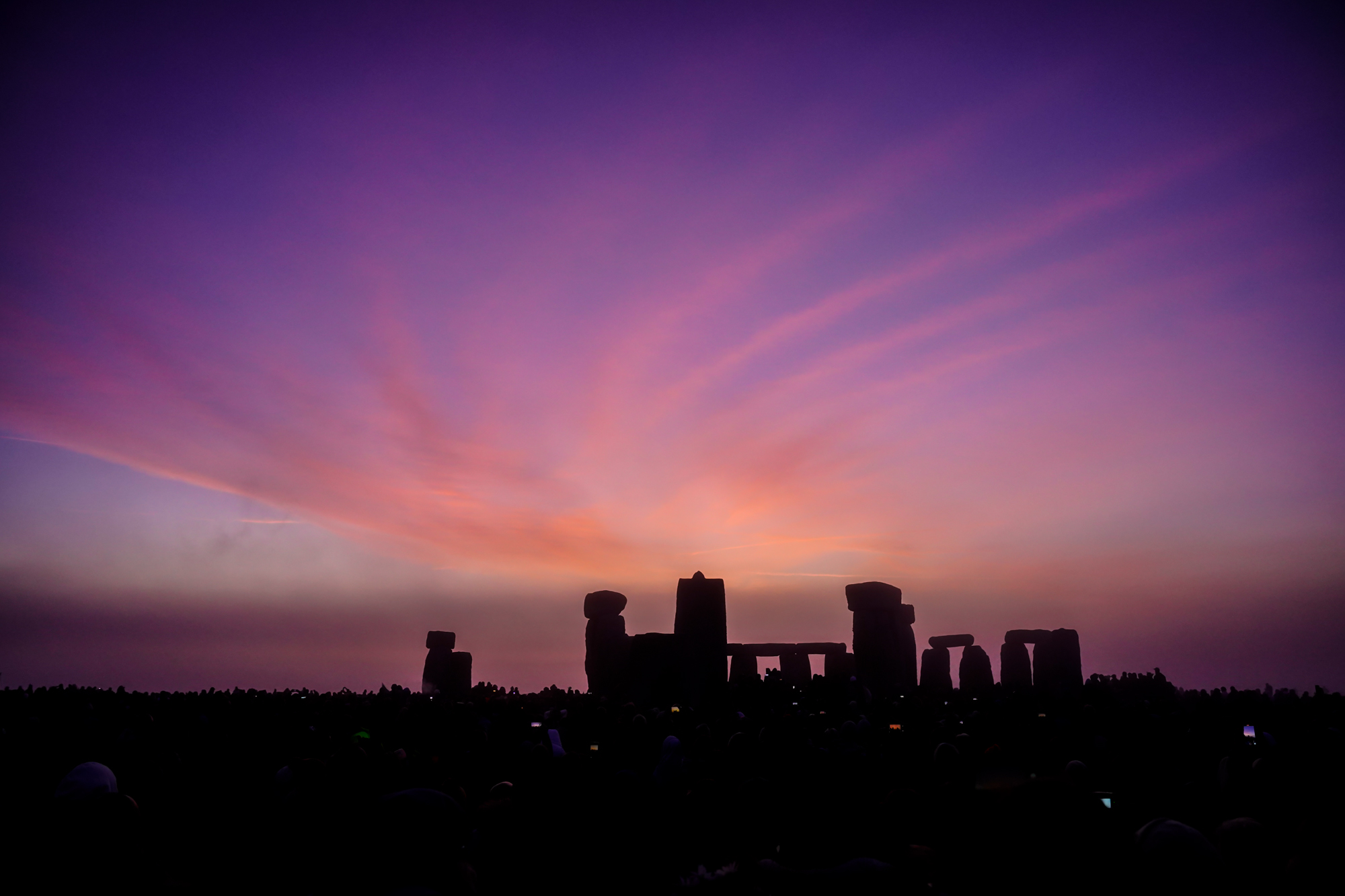 My Trip to Stonehenge for the Summer Solstice Celebration

They say third time is a charm, and that’s exactly what it turned out to be.

After having to cancel our first two attempts to attend the Summer Solstice at Stonehenge due to various COVID-related issues, we finally made it to the prehistoric monument on Salisbury Plain in the West of England.

The Summer and Winter Solstices are the only days the public is allowed to enter the UNESCO World Heritage Site’s Inner Circle without a certified guide, making these dates even more special.

The construction of the circular ditch took place around 3000 BC, according to English Heritage, which looks after more than 400 historic sites. Around 2500 BC. AD, the stones were erected in the center of the monument.

Human cremations have been found at the site, and most experts agree that Stonehenge was once a cemetery, according to History Channel. But details of who built it and how it was built remain elusive.

This is a carousel. Use the Next and Previous buttons to navigate

I wanted to feel and experience the druids, pagans, witches, wizards, drumming circles, chanting and meditation that accompanies the celebration of a solstice at the enchanting site. As a photographer, I was very keen to photograph the event, to say the least.

We took the train from Paddington station in London about an hour and 20 minutes from Bath.

The tour bus company – who graciously honored the tickets we had purchased in 2019 – picked us up from our hotel in Bath at 1:15am for the 1 hour journey to the hens.

From the bus, the 1 3/4 mile walk through a foggy field seemed to take forever. Pro tip: wear hiking boots and lay down as it gets a bit chilly before dawn.

The parking lot is closer on non-summer solstice days when the crowds are much smaller.

The first thing we saw upon arriving at the site was some kind of portable shrine brought in by a group of Hare Krishnas. Of course, with anything related to Krishna, there was a lot of chanting and skipping from their devotees.

Then Stonehenge appeared in front of us.

It takes a moment to sink in – to absorb the fact that you are looking at something thousands of years old.

How did he get here? Who built it? Why was it built? These questions keep bouncing around in your head as you walk around the field.

The inner circle of the henge is crowded with people. Many try to scale parts of the stones that have fallen, which is considered by most to be disrespectful since Stonehenge is considered a spiritual place.

The crowd was so thick that the security personnel were a little helpless to prevent the chaos.

It was quite easy to walk around the site, exploring different stones and soaking up the incredible diversity of participants. You couldn’t stop staring at people. It was really part of the fabric of the event.

As the 4:50 a.m. sunrise approached, the crowd began to stir.

The sunrise, blocked by a low layer of fog, was obscured for about 30 minutes or so. But as the fog began to lift, the crowd stopped and looked east, slowly watching the sun burn through the haze.

Some sang Happy Birthday on the longest day of the year, many observed a moment or two of meditation.

As we all bathed in the first light, it was clear that sunrise had a unique meaning for everyone present.

There is no official schedule. Not speeches prepared by local politicians. Just humans enjoying the solstice sunrise at a site steeped in mystery and lore.

Nothing more. Nothing less.

As we made the 45 minute journey to the parking lot, the world slowly brightened. We got back to the hotel in Bath around 7.30am, just in time for, as they say, a real English breakfast.

Robin Jerstad is a freelance photographer