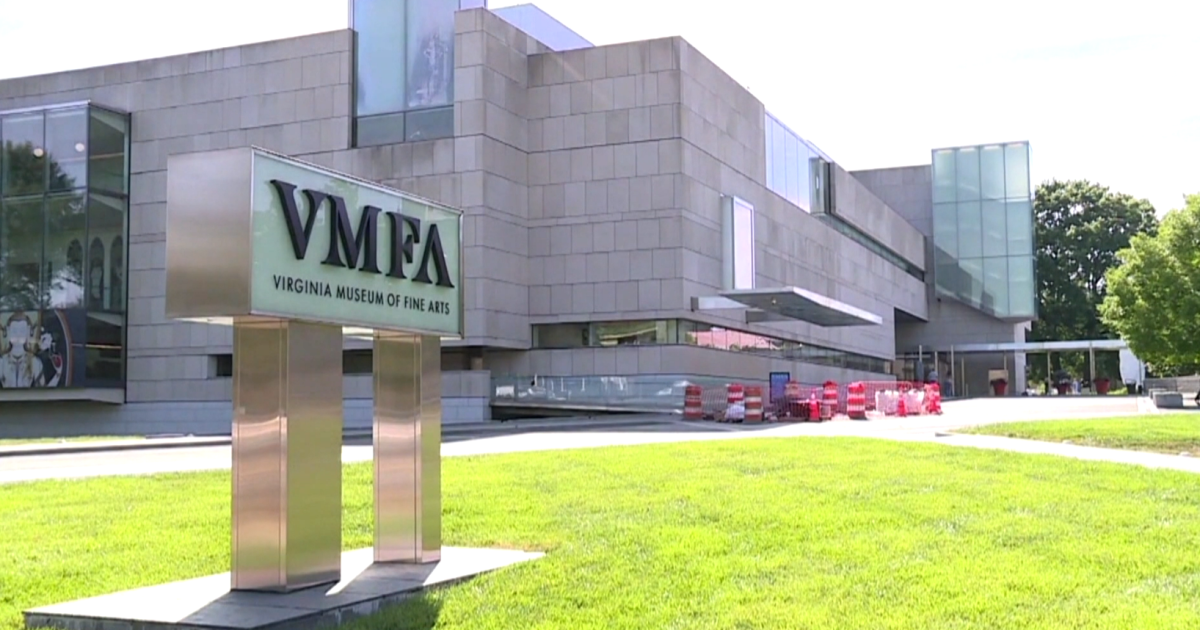 RICHMOND, Va. — After the Virginia Museum of Fine Arts told CBS 6 it would charge more than $28,000 to respond to a request for information, a Virginia lawmaker has spoken out against skyrocketing fees charged by government agencies to provide public documents to citizens.

CBS 6 troubleshooters have been asking the VMFA for nearly a month about what happened to the Reimagine Monument Avenue project. The museum said it spent 100,000 taxpayer dollars to pay staff and outreach initiatives to launch a plan to transform historic sites where Confederate statues have been removed.

However, Governor Northam’s administration removed VMFA from the project in December when it transferred ownership of Lee Circle from the Commonwealth of Virginia to the City of Richmond just before Governor Youngkin took office. The city then took control of the project.

Community members expressed frustration that the leadership change was not communicated to the public after CBS 6 reported the update in April.

CBS 6 sent a request for documents under the Freedom of Information Act to the VMFA. He asked for emails from the director, Alex Nyerges, regarding the Reimagine Monument Avenue project over an 8-month period and email correspondence between VMFA and Governor Northam’s administration over a 3-month period.

The VMFA responded within 12 business days that it would cost CBS 6 $28,054 to fulfill the request. The museum’s FOIA officer said the request was broad and interpreted as CBS 6 wanting emails from all 346 VMFA employees without asking for clarification.

“The Freedom of Information Act is the most important tool we have for government accountability outside of your ability to vote,” said Democratic state delegate Danica Roem.

FOIA is a law that guarantees citizens access to information controlled by government agencies, but requests for information can often come at a price.

“They are supposed to only charge a fee to cover the costs. Instead, what’s really happening is they’re using FOIA fees as a deterrent to try to get people to not file FOIA requests in the first place,” Roem said. “$28,000 FOIA fee? You know it’s done as a deterrent.”

To combat high FOIA fees, Roem introduced legislation at this year’s General Assembly session that would make the first two hours of processing a request free to the requester. For any work after two hours, the bill would cap the hourly rate at $33, with some exceptions. The measures would apply to four requests submitted by a citizen per month.

“I understand that some people file abusive FOIA requests. Some people don’t have good faith when they do it. Some are companies just trying to make money out of it. That’s why we came to the table to negotiate,” Roem explained.

Roem said that although the legislation won the support of a majority of members of the Virginia FOIA Board, it was defeated by lawmakers during the session.

“I plead with the public as a journalist-turned-legislator to base your votes on people who actually care about the Freedom of Information Act,” Roem said. “When it comes to government transparency, we’re really bad at it.”

Meanwhile, a law introduced by Republican State Delegate Nick Freitas has passed and will go into effect July 1. It requires government agencies to make every reasonable effort to provide FOIA requesters with the lowest possible cost.

The VMFA provided the following breakdown for its $28,000 expense estimate:

CBS 6 has repeatedly requested a telephone conversation with the VMFA, on the recommendation of the Virginia FOIA Board and the Virginia Coalition for Open Government, to help both parties involved navigate the FOIA process.

When asked for guidance on the VMFA’s responsibility to communicate with the requester, Virginia FOIA Board Executive Director Alen Gernhardt said, “The FOIA Policy Statement at Subsection B of the § 2.2-3700 provides, among other things, that “All public bodies and their officers and employees shall use reasonable efforts to reach an agreement with an applicant regarding the production of requested records.”

CBS 6 has repeatedly asked for the agent’s identity and has yet to receive a response. Additionally, the name is not listed on the VMFA website under its FOIA page.

“With respect to names, for state-level government agencies, pursuant to Subsection B of § 2.2-3704.2, ‘the name and contact information of the government agency’s FOIA agent to which the members of the public may make requests for public records and who will oversee the public the agency’s compliance with the provisions of this chapter shall be made available to the public upon request and posted on the official public government website of the respective public body at the time of designation and subsequently maintained on this website for the duration of the designation,” Gernhardt mentioned.

Roem described the FOIA charges as “double taxation” and “undemocratic.”

“The system is not designed to protect the public interest. The system is designed to take care of legislators and agency heads and other people who don’t want to face the inconvenience of being burdened with a demand of public information,” she said. . “I don’t care about your policy – you should care about the accessibility of public records to the public.”

Count on CBS 6 News and WTVR.com for in-depth coverage of this important local story. Anyone with more information can email [email protected] to send a tip.