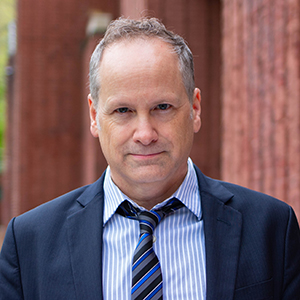 University advancement, in partnership with the Organization unit libraries, is organizing a unique fundraiser on Saturday August 21 at 2 p.m. on the lawn of the John Dodge House on the Oakland University campus with a staged reading of the play “Alabama Story.”

The performance is a six-actor play with props. It is inspired by real events and created by Kenneth jones (an Oakland University alumnus, who also attended Birmingham Groves High School). The play features a determined librarian who confronts a segregationist senator over a children’s book in 1959 in Montgomery, Alabama. The play is based on a real book, “The Rabbits’ Wedding”, a picture book by Garth Williams, best known for his illustrations for “Little House on the Prairie” and “Charlotte’s Web”.

This book depicts the marriage of two rabbits, one with white fur and the other with black fur. This particular union has fictitious Senator EW Higgins calling for a ban on books. But even as the pressure mounts, librarian Emily Wheelock Reed (the real heroine who attended the University of Michigan and previously worked at the Detroit Public Library) refuses to give in to censorship.

“It’s a romance, a political thriller, a memory game, a workplace drama, a tearful, a comedy, a discussion of race, censorship and political desperation, and a rumination about the power of books, â€says playwright Jones. â€œMost importantly, it’s a play about how we behave when facing dire circumstances – how character reveals itself in times of transition, change and crisis.â€

Jones added: “Reading the New York Times, I came across the story of Emily Wheelock Reed, the former Alabama State Librarian who was challenged by a segregationist state senator in 1959. Senator EO Eddins demanded that the book for children be removed from Alabama library shelves on the grounds that it was promoting racial mixing. Their conflict has been reported around the world. Before I finished reading the article, I knew it was an idea for a play.

For Jones, the creative process â€œHistory of Alabama “ included research visits to Montgomery, Selma and the senator’s hometown of Demopolis, Alabama. He visited the State Capitol, walked the halls of Emily’s Library office in the State Archives building, wandered through pre-war homes and cemeteries, parks and museums from the city. He even interviewed historians, librarians and local residents.

The highly theatrical play has been produced in more than 40 cities since its premiere, presenting to the world this little-known true story of a strong librarian.

â€œIf you love the theater, if you love books, if you think librarians are heroes, you’re going to love what the OU libraries are bringing to the University of Oakland campus in August. I’m so proud to be an OU graduate, â€Jones said. “And, I am delighted that this production is part of the great restoration of performing arts in the United States after 17 months of dormancy during the pandemic.”

The play also received critical acclaim from the Washington Post, who called it a play of “national significance.” Likewise, The Cape Cod Times wrote that the play “artfully explores Southern attitudes when the civil rights movement catches fire.”

You can purchase your space at the event at: bit.ly/AlaTickets The cost is $ 50 for general admission and $ 200 for employer admission, allowing two people to attend the play’s reading and afterglow event.

There are also opportunities for corporate sponsorship. More information can be found here: bit.ly/AlaSponsors. Proceeds from this event will benefit the redesign of the OU Libraries second floor space with modern, flexible and accessible study spaces.

About libraries OR:
For 60 years, Oakland University Libraries, located in the heart of OU’s beautiful campus, have been committed to fostering academic excellence and promoting information literacy. Today, the library serves OU students and faculty and the wider community with scholarly information, research support, library courses, access to special and archival collections, as well as ” dynamic and welcoming learning environments.