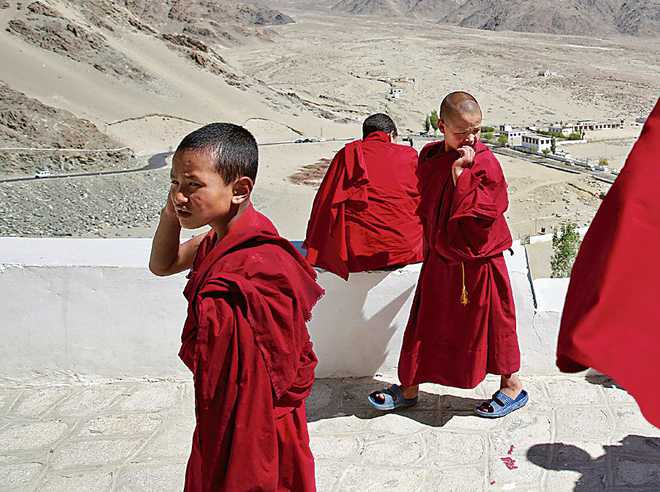 Joy of playing the game of the name: The Tribune India

Many of us have nicknames for our children. The practice is common in all parts of India and in many other countries as well. It begins shortly after the birth of the child, but many new “names” are added as the child grows. Quite often, a different name is given by each parent out of love, affection, and indulgence.

Quite often, the nickname remains and continues to be used by parents and relatives even later in life. Sometimes even close friends and neighbors use the nickname to address the person with love. He creates funny situations at different stages of life.

Recently my brother and my family took a 10 day trip to Leh-Ladakh. The Union Territory is a tourist’s dream come true with mountains, lakes and picturesque landscapes, dotted with Buddhist monasteries. Alchi Monastery is one of the most important monasteries about 65 km from Leh, dating back to the 11th century. The creation of the Alchi complex is attributed to the famous scholar-translator Rinchen Zangpo, who translated Buddhist texts from Sanskrit to Tibetan. A three-story temple complex in a small, peaceful village, it boasts eye-catching sculptures, paintings, frescoes, and manuscripts.

At the monastery, we met a couple of elderly Buddhist monks who led us to the three temples and offered to let us know. As our 28 year old son had not yet reached the main entrance, I asked my brother, “Where is Nonu?” How come he hasn’t reached yet?

We both started looking for it in different directions. We were surprised to see the two monks also looking behind the maze of walls as if they were also looking for my son. One of them asked how we knew Nonu. It appeared that in the Tibetan language a youngster is called Nonu and young monks are also called in the same way. The monks laughed loudly when they realized we were looking for our son. They had assumed we were talking about a young monk from the monastery.

Later that evening, on our way to a beautiful family resort, we again had a similar incident. At the reception, calling for help to move our luggage, I asked myself loudly: “Where is Nonu.”

The receptionist said apologetically, “Sir, he’s busy with another guest at the moment.” He wondered if we knew Nonu from our previous visit. The young boy at the resort was also treated the same as our son.

On the last leg of our trip back from Lake Tsomoriri, it had started to rain. We had lunch in a small tent restaurant on the side of the road. A Ladakhi couple was cooking and serving food. While making the payment, I jokingly asked, “Where’s Nonu?” The response was, “He’s late today because of the bad weather. It turned out that their helper was also called Nonu!