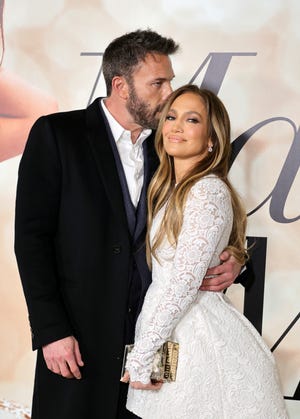 Ben Affleck and Jennifer Lopez tied the knot (again) on Saturday at Affleck’s Georgia estate, and while most eyes were focused on Lopez’s wedding dress and the couple’s celebrity guests, fans are also raising questions at the place.

The Hollywood stars tied the knot at the ‘Deep Water’ actor’s 87-acre compound outside of Savannah in an elaborate ceremony. With many high-profile guests and a strict all-white dress code, the two celebrated their second marriage after theirfirst surprise wedding in Las Vegas.

As fans shared their excitement over their rekindled love, others have criticized Affleck for hosting the festivities in a “plantation style” home.

Where did Jennifer Lopez and Ben Affleck get married?

The Affleck complex, according to Architectural Digest, contains three separate homes, including the 10,000-square-foot “Oyster House,” a “Summer House,” and the Greek Revival-style house that’s nicknamed “The Big House.”

Designed by Historical Concepts Architectural group, Affleck’s “big house” was inspired by “the 19th century Greek Revival houses of the Natchez trace”. The Natchez Trace is a forest corridor that connects central Tennessee to the lower Mississippi and crosses into Alabama.

Affleck originally bought the estate in 2003 and put it on the market in 2018, increasing public interest in the property.

‘The best night of our lives’:Jennifer Lopez shares details of Vegas wedding ceremony with Ben Affleck

Facing the North Newport River, Affleck’s estate sits on Hampton Island, which served as land for rice and cotton plantations, according to a property overview. In 2018, The Wall Street Journal described the residence as a “plantation-style resort” and interviewed listing agent Dicky Mopper for details of the property valued at $8.9 million when Affleck put it up. on the market.

“Every detail is historically correct, from the plaster moldings to the heart of the pine floors,” Mopper said at the time.

Why is JLo and Ben Affleck’s wedding venue controversial?

Critics on social media have called out Affleck for getting married in a “plantation style” home.

“It’s great that Ben Affleck’s plantation-style home was built with ‘historically accurate detail'”, writer and journalist Monisha Rajesh wrote. “Does that mean there are also coded slave graves of his ancestors? Curious.”

Another user tweeted: “Jennifer Lopez and Ben Affleck marry on a plantation when any Dunkin in New England”, the coffee chain that Affleck is known to frequent, “would have organized the wedding for free?

The Affleck Estate is not actually a plantation house, despite its locational history and Greek Revival design, which is often associated with plantation houses. Plantation weddings can sometimes represent a cognitive dissonance between southern plantation history and the desire for a large and spacious southern venue.

Blake Lively and Ryan Reynolds faced backlash for celebrating their 2012 wedding on a real plantation in South Carolina.

“What we saw then was a wedding venue on Pinterest. What we saw after was a venue built on a devastating tragedy,” Reynolds said in a 2020 interview with Fast Company.

After:Ryan Reynolds says he and Blake Lively are ‘unreservedly sorry’ for the plantation wedding

Affleck faced backlash for hiding his slavery ancestors in 2015

Affleck has previously been criticized for his connection to the Antebellum South after the actor pushed to ensure his ancestor, who enslaved people, did not appear in the PBS documentary series ‘Finding Your Roots’ in 2015.

Leaked emails between host Henry Louis Gates and then-Sony chief executive Michael Lynton have been published on WikiLeaks revealing that Affleck asked to edit parts of his episode, according to The Associated Press.

PBS’s “Find Your Roots”:The most surprising thing Tig Notaro learns about his family

Affleck’s episode on the documentary series did not reveal any information about his slaver ancestor. The edit delayed the show’s third season to review the show’s editorial standards.

“We deserve no credit or blame for our ancestors and the level of interest in this story suggests that we, as a nation, are still grappling with the terrible legacy of slavery,” Affleck said in a statement. April 2015 when the email exchange was first leaked.