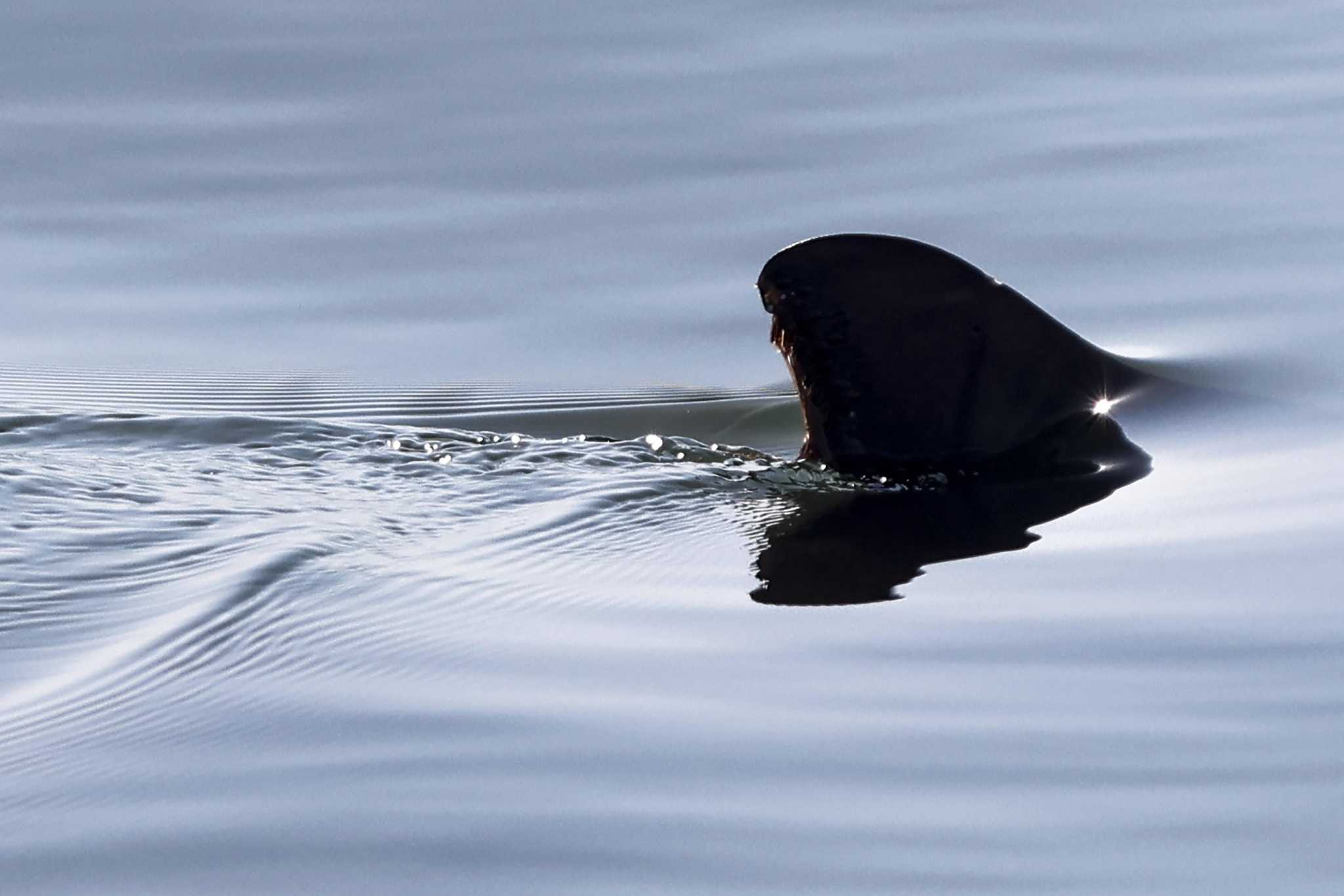 It’s ‘Sharktober’ on the Bay Area coast. But where are all the sharks?

So many sharks are typically found off the California coast this month that some have dubbed it
“Sharktober”.

But apart
an attack in a Humboldt county
on Oct. 2, which left a surfer injured and sighted by kayakers in Mendocino County, things were quiet — some might say oddly.

“It’s been a pretty slow year,” said Point Blue Conservation Science program biologist Jim Tietz, who has been involved in seasonal white shark surveys on the Farallon Islands for two decades. “But November could be a really shark month.”

Adult white sharks migrate
from the middle of the Pacific Ocean
to the California coast from late September to early December, peaking mid to late October. They are particularly fond of the area known as the Red Triangle, which stretches from Monterey Bay to the Farallon Islands and down to Bodega Bay, where elephant seals, their favorite prey, begin to haul themselves ashore. to breed at this time of year.

White sharks also feed on sea lions and harbor seals, and some naturalists have seen the aftermath of gruesome attacks on pinnipeds.

Boaters saw three sea lions with “really obvious and very fresh injuries” at the Farallon Islands this month, said Oceanic Society naturalist Michael Pierson, who
offers whale watching tours
there from April to November. “They had just pulled themselves up onto the rocks there and were doing their best to stay out of the water.”

Sometimes humans swimming and surfing in the ocean are misidentified as prey, although attacks are still very rare. In 2021, California had three
unprovoked shark bite
incidents against 28 in Florida and 6 in Hawaii, according to the Florida Museum of Natural History’s International Shark Attack File, an authority on such attacks.

California’s worst recent incident came in early October, when Humboldt County surfer Jared Trainor
ended up in the hospital
a shark bite on his upper thigh. He
escaped the attack by kicking the shark
and didn’t realize how bad his injury was until he got back to his truck, he told the Eureka Times Standard.

Other recent shark incidents have been close calls, such as kayakers at Van Damme State Beach
who reported a shark circling themaccording to Mendocino County California State Parks.

A white shark caused a sensation on October 22 during the
San Onofre Surf Contest
in Southern California, when a photographer captured one coming almost completely out of the water – in the same frame as a competitor who apparently had no idea it was there.

Lowe said the shark looked like a juvenile because it lacked the large dimensions of an adult. But, he said, it was “one-shot beauty.”

There have been no confirmed shark sightings along the coast of San Mateo and Santa Cruz counties this month, said Gabriel McKenna, superintendent of public safety for state parks. This is true even though the area is home to the large colony of elephant seals at Año Nuevo State Reserve and a relatively new population of juvenile white sharks.
near a beach in Aptos.

“We haven’t had any human engagement or aggressive behavior from the white shark population,” said McKenna, who said reported sightings are down this year as a whole and wonders if that’s because that the public has become accustomed to their presence. “I think it’s understood that we share the environment with the sharks in their habitat.”

Scientists believe the overall population of California white sharks has increased in recent years, and the lower number of sightings doesn’t mean they aren’t there, Tietz said. Seeing them from above is rare, which is why Farallon Islands biologists monitor the shark population by counting seal attacks.

“Attacks are easier to spot because pinnipeds are fighting on the surface of the water and there’s a lot of blood everywhere,” as well as a sudden influx of seagulls fighting over scraps, said Tietz.

Predators begin their attack by charging deeper underwater and delivering a killing blow to their prey, then they wait nearby for them to bleed.

“They don’t want their food to fight back,” Pierson said.

Once the animal is dead, the shark grasps it between its teeth and vigorously flaps its tail, creating a sawing motion “to break the prey into bite-sized pieces,” Tietz said.

Tietz said the number of recorded shark attacks on seals had dropped near the Farallon Islands over the past 20 years, with just nine so far this fall, compared to an annual average of 40.

This may be linked to a decline in the elephant seal population on the islands, which Point Blue scientists attributed to more frequent winter storms leading to lower survival rates among calves. So more sharks could hunt on the mainland, he said. Or they may be eating more sea lions, whose death isn’t as noticeable — their blood doesn’t turn as red because it’s less oxygenated, he said.

Pierson has only seen signs of white sharks a handful of times in a decade leading tours around the islands. But last November he saw one right next to the tour boat which he estimates to be between 12 and 13 feet long.

This is what to expect