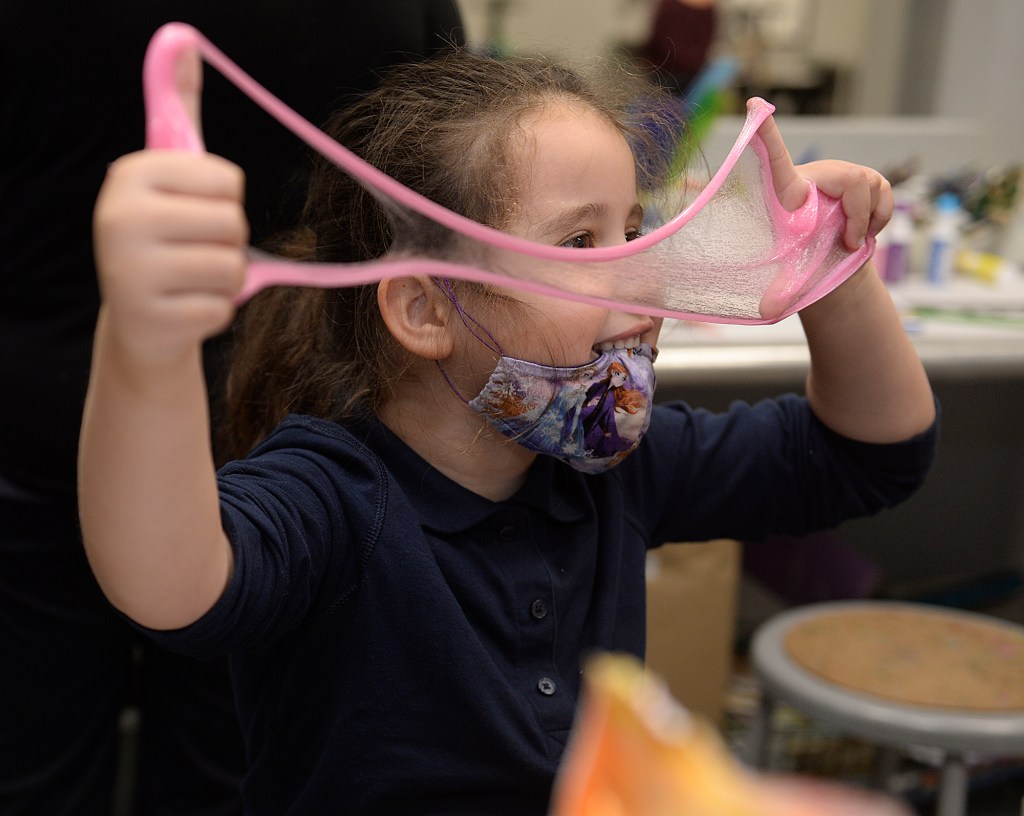 For the past five years, Vacaville has been a place filled with interactive exhibits and activities designed to show young people that learning science, technology, engineering and math can be fun.

However, this era ends on Sunday. Imagine That, the interactive children’s museum in Vacaville, will close its doors on the Alamo Plaza and donate its contents to the World of Wonders Science Museum in Lodi. The Imagine That tutoring center will continue as part of the Admirals Center of Excellence on Callen Street, and the museum is looking for a space to continue its robotics camp.

Lauren Runow, co-founder and chairman of the board, said the decision to close was due to the drop in admissions since the start of the pandemic and the fact that Imagine That would eventually have to give up her lease.

â€œThere aren’t that many people walking through the door,â€ she said. â€œSadly, when COVID first hit, we were in the best financial position we’ve seen since opening our doors. We tried to keep our employees employed and asked them to fix the exhibits and the museum and create a new schedule for when we could open.

In July, Runow said that Imagine That had to lay off employees to keep the museum running, and a staff member suggested taking a distance learning program, which proved to be very successful.

â€œWe had over 35 kids on Zoom,â€ she said. â€œThe whole museum was covered with school desks, so we were closed to the public, but we were doing enrichment programs with the children registered with us, and that’s what legitimately saved us for another 18 months. . â€

Imagine That also continued to offer summer camps, which Runow said were well attended. However, general admission was down and construction at Alamo Plaza hasn’t helped, she said.

â€œOur front door was a full construction area for months,â€ she said.

Overall, Runow said she was heartbroken.

â€œIt was a passion for sure,â€ she said. â€œI loved going there and seeing all the excitement on the children’s faces. I like what we were able to do with this academic enrichment program. I know we have changed the lives of so many kids who would have really struggled that year with distance learning. “

Imagine That started when one of Runow’s sons was celebrating his fifth birthday. He was given the option of going to an amusement park, Lake Tahoe or on a “day of exploration”. He enthusiastically chose the ‘day of exploration’ option, where his family would visit the Solano County Library and arrange free or discounted tickets to one of the area’s children’s museums.

That day, they went to the Sacramento Children’s Museum, where Runow learned it had been founded by a mother who ran a nonprofit organization. As Runow and her husband Chris publish Vacaville Magazine, she felt inspired.

â€œWe knew we had the business contacts to make it happen,â€ she said.

The Runows applied for 501 (c) (3) status and the following years were spent raising funds, purchasing exhibits, securing a space and renovating it. The museum opened in October 2016.

What was once a drive to San Francisco or Sacramento for Vacaville families to experience hands-on science activities was now in their city. The exhibits included such things as a tornado machine, bubble blower, Bernoulli blower, plasma balls and more.

Runow graduated from the Academy of Arts, so she always saw herself as an original thinker, so she wanted to pass this on to young people.

In particular, Runow wanted to demonstrate that even subjects such as math and science can be very exciting.

â€œI wanted to give them back fun and give them a place where, if they are having difficulty in school, they could find their way through robotics, science,â€ she said.

Imagine That offered classes in chemical reactions and robotics and also held a camp last year where children used materials to create their own rockets and planets.

Another feature of Imagine That was the inspiration wall, containing information about people who grew up in Vacaville and had very successful careers.

â€œAs the kids walked in, we hoped it would inspire them to become something and do something good with their lives,â€ Runow said.

The exhibit featured notable Vacaville graduates such as skateboarder Stefan Janoski; NFL right guard Kyle DeVan, who competed in the 2010 Super Bowl with the Indianapolis Colts; Jermaine Dye, 2005 World Series MVP as a member of the Chicago White Sox; and rock band Papa Roach, who actually visited the museum in 2017, when then-mayor Len Augustine declared May 3 Papa Roach Day in honor of the group’s many years of success.

â€œWe packed this place so tight that our bad air conditioning couldn’t work, and it was so hot,â€ Runow recalls. â€œEveryone wanted to see Papa Roach.

Runow also said the band’s frontman Jacoby Shaddix brought his son, who interrupted the festivities a bit to show his father a cool science demonstration.

â€œEveryone sat down and watched their son show him how to operate our wall scraps, which was a huge screen that was probably the most popular thing we had,â€ she said.

However, the writing was on the wall for Imagine That when Runow said the museum had not received a lease for 2021 for the first time since it opened. She even gave visits to potential clients.

â€œWe knew it was only a matter of time that our owner wanted someone else there,â€ she said. “But at the same time, we never would have existed if he hadn’t given us an extremely amazing deal on our lease, so we have to be grateful to him and understand that he is a business.”

As a result, the board of trustees chose to shut down the museum on a preventive basis so that it could still have money to pursue services such as tutoring and robotics programs.

â€œI want to see something still exist,â€ she said. “I never wanted to go bankrupt where we couldn’t go on at all.”

The displays will also be living at the World of Wonders, which Runow says was a big help in helping Imagine That open in 2016. WOW was the first call she made to determine where to donate displays.

â€œThey just happen to be developing, so they’re taking each of our displays,â€ she said. â€œIt’s nice to see that the museum is going to live. Nothing will be lost, everything will be fair in Lodi.

Runow thanks everyone who has supported Imagine That over the years. This includes the Board of Directors, made up of Chris Runow, Nadja Fitchhorn, Karen Juilfs and Laura McGuire. It also includes donors such as Genentech, the Margaret Beelard Community Foundation, Mike Longeuay, Vacaville Rotary Club, Pacific Ace Hardware and his father, Dr Randy Osborn. Runow also said his own children, Leighton and Mason, were major contributors.

Runow especially thanks her employees, who, according to her, have been a great help, especially since her training was not scientific.

â€œIt was always my mission to create the place, but to give it to people who really knew how to run it,â€ she said. â€œHaving the right employees was definitely a plus, and we couldn’t have done it without our employees. “

Imagine That will remain open until Sunday at 848-B Alamo Drive. Hours will be sporadic, so families are encouraged to call 474-5317 before visiting.

Clermont Arts & Recreation Center in Clermont, Florida has been selected as the winner of the 2021 Niagara Perk Your Park competition