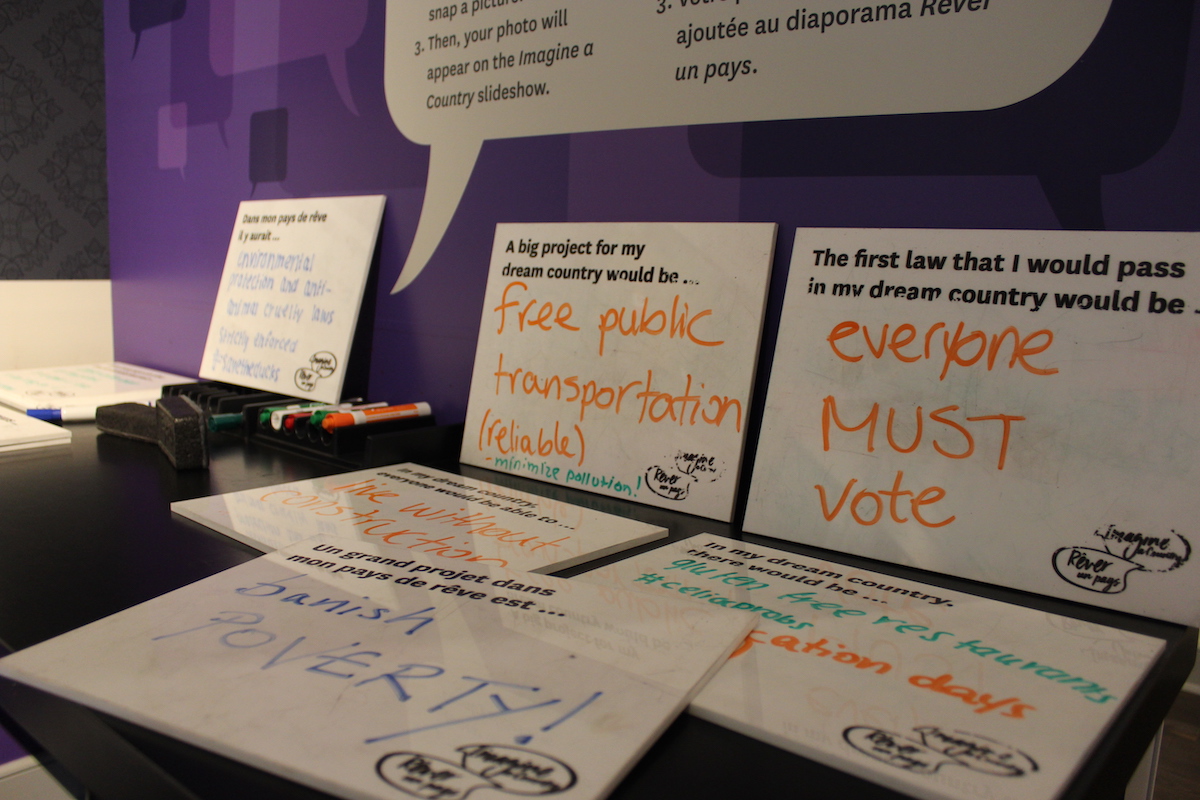 A few years ago, there was something about the New York Tenement Museum tour that resonated when the engaging guide quizzed us about our thoughts and experiences and went where the conversation took us instead of just buzz with a boring prepared script.

I didn’t know it at the time, but it’s a technique called Dialogic Interpreting, or Dialogic Learning, and it’s being used more and more to create shared journeys. And it’s a technique that Parks Canada has quietly deployed in its national historic sites, with and without guides.

“Dialogic interpretation is one of the tools in the toolbox we have for sharing our places with visitors,” explains Marie-Sophie Desaulniers, responsible for visitor experience planning and product development. “The goals are to stimulate empathy, increase knowledge and encourage action. Basically it’s really a philosophy of how you help visitors go through a series of questions to achieve these three goals.

Parks Canada really started embracing the dialogic interpretation in 2015, using it to talk about complex and difficult topics like reconciliation, the environment and climate change. 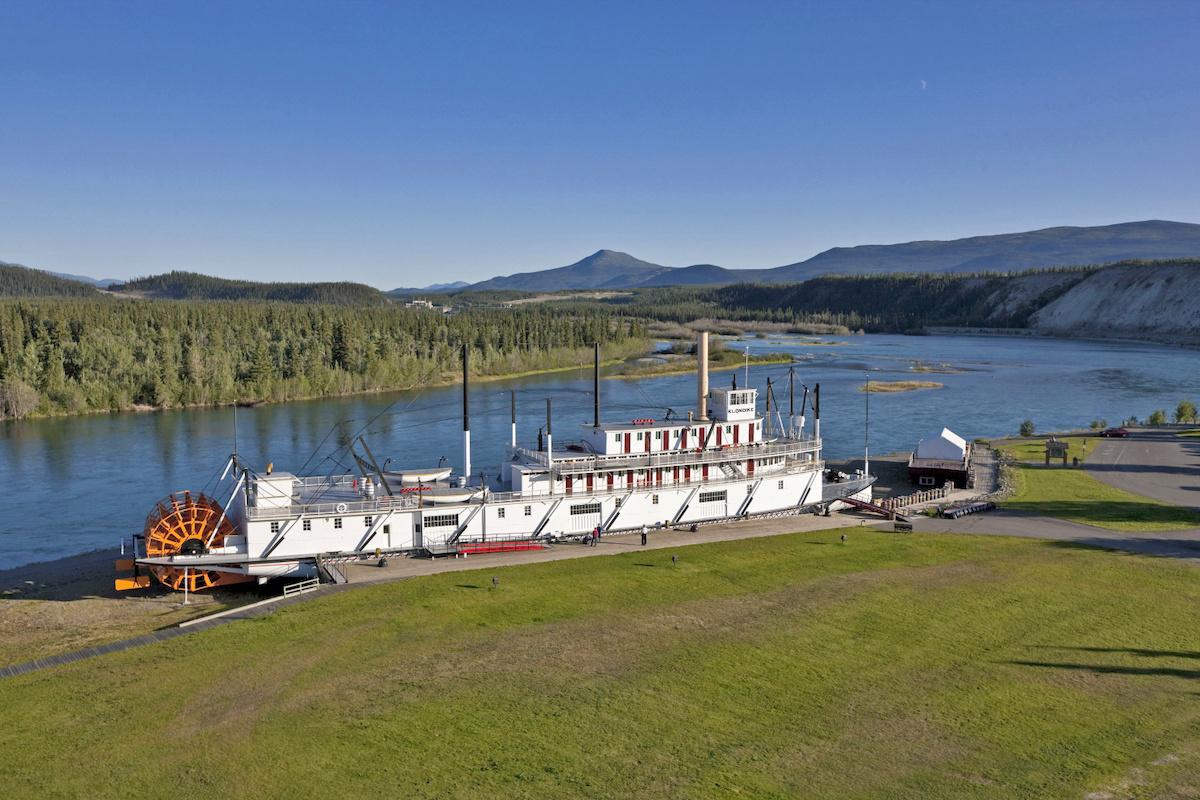 In Whitehorse, Yukon, SS Klondike National Historic Site once hid negative aspects of its heritage. Now he has expanded the story to include how the paddle steamer that crossed the Yukon River took Indigenous children from their homes to residential schools, how jobs went to white men, and how Indigenous travelers were relegated to bridges. lower.

Stella Patera, Visitor Experience and Site Manager, said the tours have been rewritten to include a dialogic interpretation that brings guests into conversation.

The same is true for Bellevue House National Historic Site in Kingston, Ontario. The site tells the story of Canada’s first Prime Minister, John A. Macdonald, who lived in the house from 1848 to 1849. 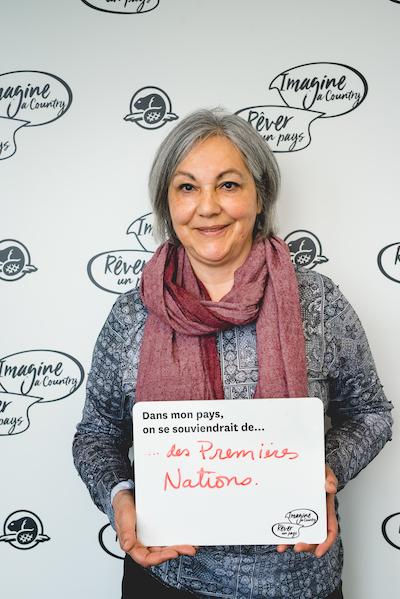 A visitor to Maison Bellevue shows her statement in French which translates as: “In my country, we would remember the First Nations. »/ Parks Canada

In recent years, visitors have been encouraged to explore the many perspectives related to its heritage and confederation, which is particularly timely as Canada grapples with the discovery of 215 bodies of children found buried at a former residential school in Kamloops, British Columbia. Macdonald was instrumental in creating the government-sponsored religious residential school system, which tore children from their families to destroy their culture, language and rights, much of it under the watchful eye of the Catholic Church, until 1996.

Elizabeth Pilon, Product Development Officer for the Bellevue Visitor Experience, explains that the site has a “Many Voices of Confederation” exhibit in its visitor center that “offers a look at different perspectives and different voices” and on changing views on confederation. It is “more inclusive and truthful” with indigenous and minority voices woven with others.

There is also an interactive “Imagine a Country” exhibit that uses a dialogical interpretation by getting people to write how they would form a country by filling out open statements such as “In my dream country, anyone could…” and “The the first law I would pass in my dream land would be… ”There is even a photo booth for people to take pictures of themselves with their whiteboards. Photos appear instantly on a screen and are transformed into a continuously organized slide show.

“I see all ages participating in the activity,” says Pilon. “For me, this is the biggest win in the business. I also see people standing there for half an hour looking at all the different answers. People feel that they are contributing to the content of our exhibition. There are some really thoughtful ideas, as well as some fun ideas from the kids that are just as valuable to us as the more serious ones. “

As Desaulniers explains, each interpretation tool has its place. The museums of the 1980s were very didactic and looked like schools, a lot “I’m standing in front of you like a crowd and telling you what I know”. In the 1990s and early 2000s this evolved, especially in science centers, towards increased participation and interactive teaching. For museums, it has become “you do it, you try it, you try. “

Dialogic interpretation is the next step in the ongoing evolution. It’s about saying “I have knowledge and together we can bring our understanding, empathy and knowledge base so that we can take action. “

“Basically I don’t just want you to know what I know,” Desaulniers says. “This is not the interesting part. I want you to have fun and feel in a place where you have the opportunity to grow up, where you can watch someone else’s story in a way that you never thought of before. And for that to happen, you have to be part of the dialogue.

Distracted driving continues to be a problem in Texas