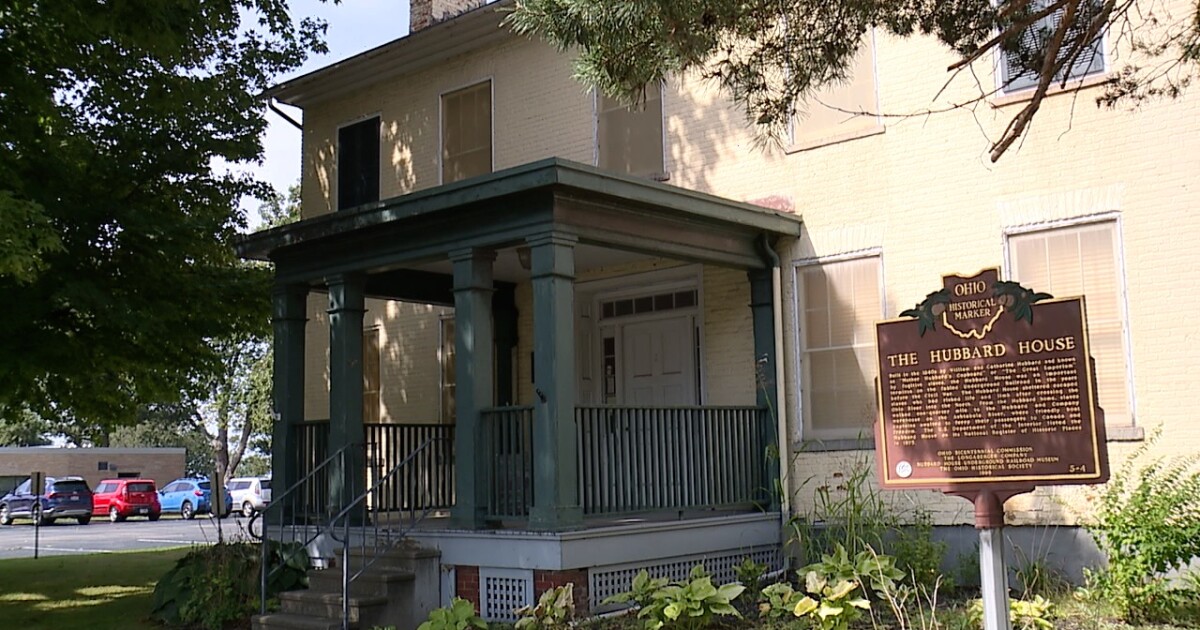 ASHTABULA, Ohio — During a dark chapter in American history, northeast Ohio became a beacon for slaves fleeing the antebellum South. Churches, homes and businesses in the area were among the last stops along the Underground Railroad.

“I’m not sure the community realizes what we have here in Ashtabula County, as far as the Underground Railroad is concerned,” said Patrick Colucci, superintendent of Buckeye local schools.

Ashtabula is home to the Hubbard House. The brick building, located above Lake Erie on Walnut Boulevard, was a stopping point for hundreds of people seeking freedom.

“We’re talking about the humanity of man to man, kindness, doing the right things for the right reasons,” said Richard Dana, adjunct professor at Kent State Ashtabula campus and former board chairman of administration of the Hubbard House Museum.

Abolitionists William and Katharine Hubbard built their farm in the early 1940s. They used the house’s location to help transport formerly enslaved people across Lake Erie and into Canada.

“They come away impressed as they look back in time and then come out looking forward to it,” Sally Bradley said.

“The Hubbards had a riverside warehouse where they took freedom seekers, and a boat could come in and plausibly take them to Canada,” explained Andy Pochatko, docent at the museum and reference librarian at the adjacent museum. . Harbour-Topky Library.

Although no records keep track of every person through the Hubbard household, some historians estimate that the family housed at least 400 fugitives.

“There are so many lessons that we have learned from history that are important. We must cling to these lessons. One of those lessons was here. It was how to be fair to people,” said museum guide Jim Spencer.

By 1979, the historic house had fallen into disrepair and had to be demolished. A small group of activists, including Hubbard descendant Tim Hubbard, campaigned for his rescue. The city of Ashtabula received the property and restored it to its former 1840s glory.

“The curators have taken great care of it to make sure it stays in the city of Ashtabula and tells the story of the city,” said Jim Timonere, City Manager of Ashtabula.

He added that the museum has been good for the local economy, as an attraction for locals and out-of-town visitors. Nearly 700 people passed through the museum during the 2022 visiting season.

“It really helped to have cool places like this that people were looking to get into, just spend a day with us,” Timonere said. “It’s really helped the local economy to have people here.”

Local educators have also found value in the museum and the lessons it provides.

“When you have something so precious here for your community, for your students, you have to maintain it,” Superintendent Colucci said.

Hubbard House executive director Sally Bradley added: “That’s another thing – reading in books than seeing something with your own eyes.”

Museum guides point out that the Hubbard House is just one important piece of the area’s abolitionist history.

“These stories will change their lives and their way of thinking,” said Frank Robsel, docent and member of the Hubbard House Museum board.

The museum is open Memorial Day weekend through Labor Day by reservation. Out of season, visits are possible by appointment.

The Hubbard House relies on the support of the community. You can make a donation, become a member or schedule a visit by by clicking on this link.

Staff are also planning the 43rd annual Hubbard House Underground Railroad Pilgrimage on October 8, 2022. This year’s theme will focus on the complex anti-slavery beliefs within Ashtabula County families. Those wishing to attend the free pilgrimage can gather at the Hubbard House, located at 1603 Walnut Blvd, beginning at 10 a.m. Call the museum at (440) 964-8168 with any questions.

In addition, on November 5, they will feature a membership campaign and a volunteer appreciation day.

Watch here for an in-depth story News 5 did about NEO’s role in the Underground Railroad.

Why They Called Cleveland ‘Station Hope’

Download the News 5 Cleveland app now for more stories from us, as well as top news alerts, the latest weather forecasts, traffic updates and more. Download now on your Apple device here, and your Android device here.