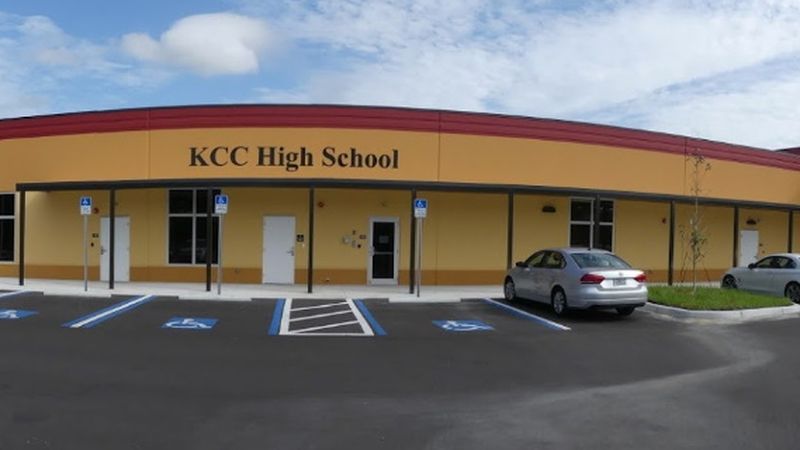 Hillsborough school board surprises by saying no to six charters


Unlike past practice, the Hillsborough County School Board rejected six charter school proposals, leaving educational opportunities uncertain for up to 3,600 students and setting up a political battle with Florida’s Republican leaders.

More than 2,300 of the students affected by Tuesday’s actions are enrolled or are expected to enroll in Kids Community College High, Pivot, SouthShore and Woodmont charter schools, which are at risk of being closed.

The board also denied a request from Mater Academy, an organization in South Florida that wanted to build two schools in east Hillsborough for more than 1,300 students starting in the 2022-2023 school year.

A seventh school, Sunlake Academy of Math and Science in Lutz, will be offered a five-year contract extension instead of the 10 years it wanted. District officials do not expect these 818 students to be disrupted.

Most of the votes cast were 5-2 or 6-1, with board member Melissa Snively voting the most consistently to support charter schools. Snively argued that parents should be allowed to make choices for their children, even if those choices are based on subjective criteria, such as a sense of community.

But opponents of charter schools, which now educate nearly 15 percent of students in Hillsborough public schools, say the tide has turned to a board that previously followed most staff recommendations for approval.

“The word is out there that it is a fight and that we cannot stop now,” Board chair Lynn Gray said on Wednesday.

Tuesday night’s votes paved the way for a possible legal clash with schools and their for-profit management companies, as well as with the Republican leadership in Tallahassee, which enthusiastically supports the charter movement.

“This is new territory for us in the district and we are working on much of what happened last night,” Van Ayres, district innovation chief, said on Wednesday.

No one can accurately predict the size of legal bills in a district that has struggled financially for years. The Florida Department of Education has yet to release district guidance for this year’s charter school legislation, adding even more uncertainty.

But, as Gray noted in a workshop Tuesday morning, Hillsborough is already losing more than $ 250 million a year in public funding that tracks the more than 30,000 students who opt for charter schools.

Member Nadia Combs, who is particularly open to the threat of charter schools, told the board: “It’s really important that we don’t continue to endorse charters for fear of litigation. If we prevent five or six charters from coming here, we save the district millions and millions of dollars.

His words could have carried weight at the 4 p.m. meeting.

Or the board may have been swayed by an organized group of speakers at the start of the meeting who urged them to take a tough stance and exercise more oversight. Pat Hall of the League of Women Voters, which has been fighting charter schools for eight years with little results for his efforts, said in an interview that the events of the evening “seemed to feel like a slow-motion insurgency was taking place. stopped or slowed down “.

Gray said she believed some board members were moved by the many new changes to state law that make it easier to open and maintain charters, no matter what the locally elected board wishes. .

“When things seem overwhelming you have to think, what happens when you do nothing? ” she said. “Absolutely, we have to do something, or we’ll lose public education. “

The reaction of charter school operators on Wednesday was no less passionate.

“It’s so disheartening to see a school board putting money so blatantly in front of students,” said Valora Cole, board chair who oversees SouthShore and Woodmont, in a written statement. “It seems they are trying to balance their budgets by denying parents the right to make a choice about their child’s education.”

The district is preparing formal notices for the four schools whose renewals are to be refused. These schools will then have more than three months to study the grounds for refusal and, if they wish, prepare their appeals. They can remain open during this period.

If they close, Ayres said, district staff will work with all affected families to find suitable schools for their children. “We will be more than accommodating,” he said.

Board members gave various reasons for their refusal votes.

Combs described the monetary conflicts of interest in the Mater group. She distributed press articles on the links between the nonprofit and Academica, a for-profit charter school management company, which described government audits and investigations.

Regarding the other schools, board members cited class sizes above state limits, disappointing academic performance and financial hardship. Karen Perez was baffled that a charter school could open in a suburban community already served by excellent schools. “Can someone help me figure this out?” ” she asked.

Board member Stacy Hahn was troubled by the shortcomings reported to SouthShore and Woodmont in services for students with special needs. She said the breaches violated federal law and children’s civil rights.

Cole, in his statement, countered that Woodmont had such a strong record in outstanding student education that the district awarded the headmaster an award.

“There were baseless accusations and one school board member even said the concerns raised were no different from many schools in Hillsborough,” wrote Cole.

“They are more worried about losing money to charter schools than about why they are losing students. It would appear that if they start looking at their own failing practices and correcting them, they may not be in such a financial crisis that they will have to try to take away parental choice. “

SouthShore and Woodmont are operated by Charter Schools USA, a large Fort Lauderdale company. Charter School Associates, a third private company, is the manager of Sunlake.

As the district braces for a business response, lawmakers are pondering the political repercussions.

Rep. Andrew Learned, D-Brandon and member of the House Early Learning and Elementary Education subcommittee, wonders how the Republican majority will react. The GOP has expanded the role of charter schools in Florida each year and removed the restrictions.

House Democratic Politics Chair Fentrice Driskell D-Tampa sees Tuesday’s development as a victory for the community. Departing from their original focus as innovators, she said, charter schools have become “a ghost school system” that siphons money from public schools without following the same rules.

Combined with the growth of vouchers for private schools, she said, “it’s like the legislature has attacked our traditional public schools. Good to the school board for pushing back.

But a victory for the district could cost some kids dearly, said Rep. Mike Beltran, R-Riverview. If some schools were to close, he said, “all these people are going to be in limbo.”

Beltran said, “The idea that the school board knows better than individual parents, I guess I don’t agree with that. Some kids learn better in different environments, and that’s not against public schools.