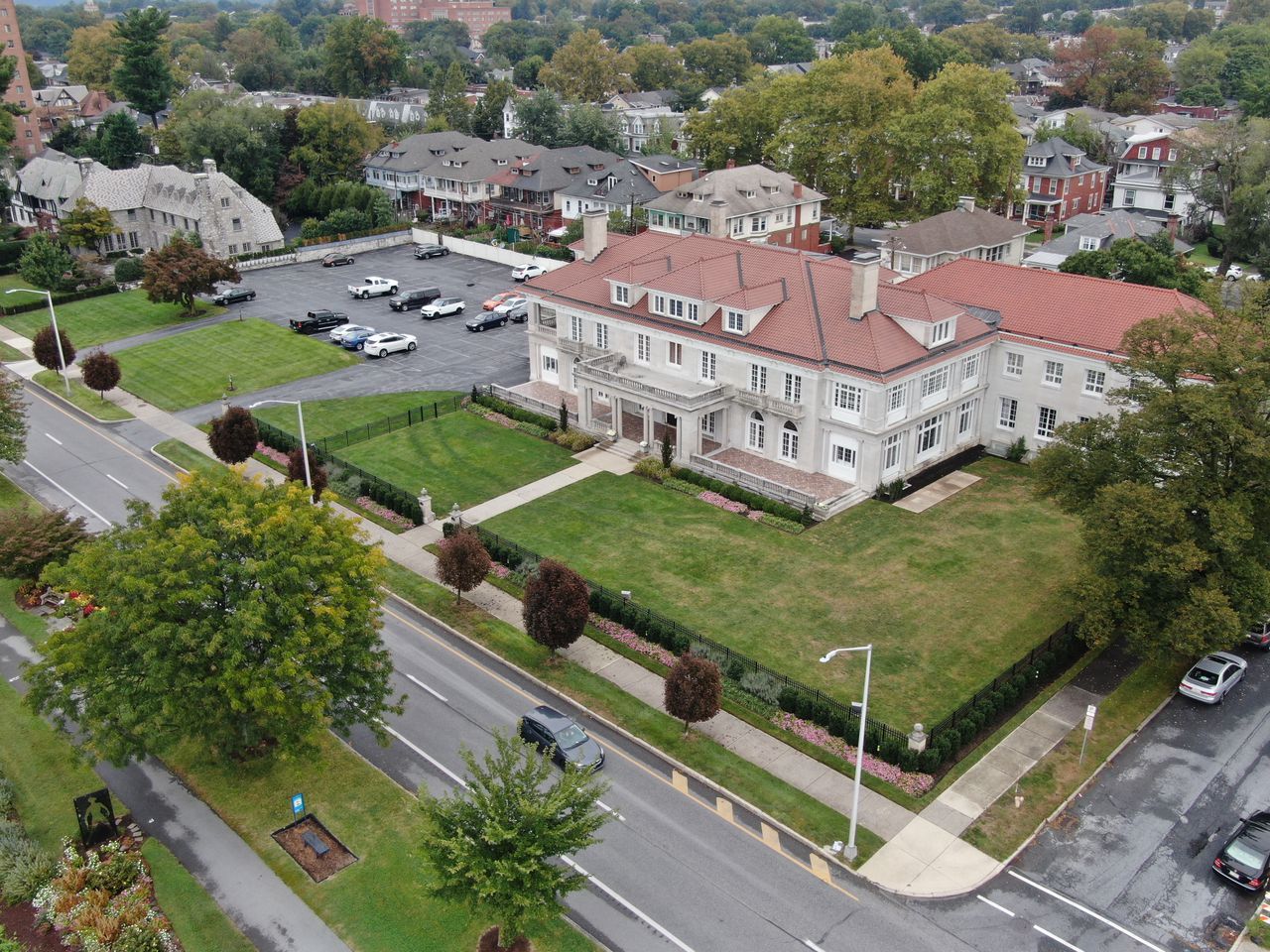 After Verizon planted a massive 5G cell pole directly in front of Marc Kurowski’s riverside house last year without notice, it has maintained active communication with the company.

He asked for assurances that the company would not put a similar tower in front of the historic King Mansion, an event space along Front Street that he spent millions of dollars to renovate. The appeal of the place is its beauty and views, which would be spoiled if a 55-gallon drum-like structure were attached to the top of a pole right in front of the mansion.

But two days after company officials said they would not consider any work along that section of Front Street until 2022, Kurowski said he was shocked to see workers outside the mansion digging the ground. for fiber optic cables.

â€œIt happened really quickly,â€ he told PennLive, â€œand it’s a little frustrating trying to figure out how we got there.â€

Kurowski strongly pushed back company officials, who halted the work.

“You couldn’t have chosen a worse place to put it” he said to the Burg. â€œI’m going to chain myself to the post over there. It can’t happen.

Now Kurowski doesn’t know what’s going to happen next. Harrisburg is one of 82 cities nationwide benefiting from enhanced â€œ5G ultra-broadband mobility service,â€ which improves download and streaming speeds. But some locals find the towers incredibly ugly.

5G tower installation permits have been approved by the city for 101 sites. The King Mansion is not among them. The city is reviewing 15 other site requests.

Verizon has agreed to suspend the installation of underground fiber at King Mansion until the site selection is finalized, city engineer Wayne Martin said. In the meantime, Kurowski said he “tries to keep a conversation going, to be collaborative and helpful” with the company.

Years ago, the city signed a lease agreement with Verizon Wireless that allows them to add the 5G â€œsmall wireless facilityâ€ on top of some existing street lights and erect new street lights to house the small cells. But the city has little or no power to choose or influence the position of the new towers.

“I have spoken with Verizon Wireless on several occasions about this site (at the King Mansion) and there is nothing the city can contractually or legally do to prevent Verizon or ATT or other operators from putting up a site. on that block, â€Martin said. â€œWe recommended that they avoid it, but apparently it is a prime location for a site. “

The situation highlights the precarious position in which municipalities and residents find themselves when it comes to installing 5G towers. State and federal lawmakers have passed legislation that streamlines the installation process to improve cellphone infrastructure, but residents of Harrisburg and possibly other municipalities might consider multiple rounds of multiple wireless companies on the roads. same blocks, ruining the aesthetics of some neighborhoods.

The state has a process to protect historic sites with reviews by the State Historic Preservation Office for environmental impacts. But beyond that, local municipalities can only redirect a facility if it restricts access to sidewalks, encroaches on an accessible pedestrian route, or triggers ADA upgrades, Martin said.

Pennsylvania law does not allow municipalities to restrict the location of these sites, but only to develop guidelines that require concealment measures in a historic district. The city has not passed a concealment ordinance, but Verizon Wireless has voluntarily placed “veils of concealment” on the antennas. The guy wires look like round metal bins.

The company has agreed to hang the proposed tower in front of the King Mansion while it explores options to move the site where it would be less visible, Martin said.

â€œMy understanding is that engineers at Marc and Verizon Wireless might be looking for locations near the parking lot,â€ he said.

Kurowski said he felt blinded by the 5G towers and deals that were put in place in Harrisburg without much public notice.

â€œI don’t remember hearing about the signing of this agreement,â€ he said. â€œI was not aware of any general public notices, but absolutely nothing as a resident, landowner and business owner in the city. Not a word from anyone until they showed up at my place.

Kurowski has since learned from Verizon that the poles should generally be located each block in a half for optimal 5G coverage. But Kurowski wonders if there is a better way, because it puts a lot of laps in quarters.

â€œIt looks like the company should do a better job with the technology,â€ he said, describing the towers as 55 gallon drums perched on top of a pole.

David Morrison, executive director of the Historic Harrisburg Association, said the fact that the towers end up in front of well-known attractions, such as the King Mansion, represents “poor planning and communication.”

â€œI don’t think it’s attractive in front of a building,â€ Morrison said. â€œA private residence is one thing, but definitely a place where people want to have wedding photos and things like that makes it one of the most important public places in central Pennsylvania, not just Harrisburg.â€

A tower was also erected in front of the Susquehanna Art Museum in Harrisburg. Before Morrison saw the towers, he thought adding a 5G network would be a great thing for the city. But his mind quickly changed.

â€œWhen I saw what they looked like, I thought no, it’s just a TV antenna on top of a lamppost. It’s a very large, big, ugly object, â€he said. â€œThe art museum is above all a question of aesthetics. So here you have the aesthetic of this magnificent building really distracted by a pole right outside the front door.

Kurowski plans to bring his concerns to City Council.

â€œVerizon uses city street light poles,â€ he said. â€œThe city collects a certain amount of rent to allow them to install their installations on the streetlights. “

Kurowski understands that the construction of Verizon Wireless was done in the public right-of-way. The post in front of his house is about 10 feet from his porch in the town easement. The problem for Kurowski, however, is the visual impact and the way the company has made arrangements without notice.

â€œIt’s very low-key and sheltered,â€ he said. â€œI’m not saying they do anything on purpose, but sometimes it is like that. Hurry up and get these things in the ground before anyone has a chance to comment and see what happens. “

Earlier this month, Verizon has announced that residents of the city of Harrisburg will have access to the 5G Ultra Wideband network, which improves fast download and streaming speeds.

According to Verizon communications director Chris Serico, their engineers are looking at the city’s current network usage and data changes to determine specific locations for small cells. The company prefers to co-locate on existing electricity poles when they meet safety, logistics and coverage standards. However, existing poles that do not meet standards require the installation of a new pole, he said.

Serico said the following areas will have access to the new 5G Ultra Wideband service starting this month:

The 5 best haunted tours in Alabama