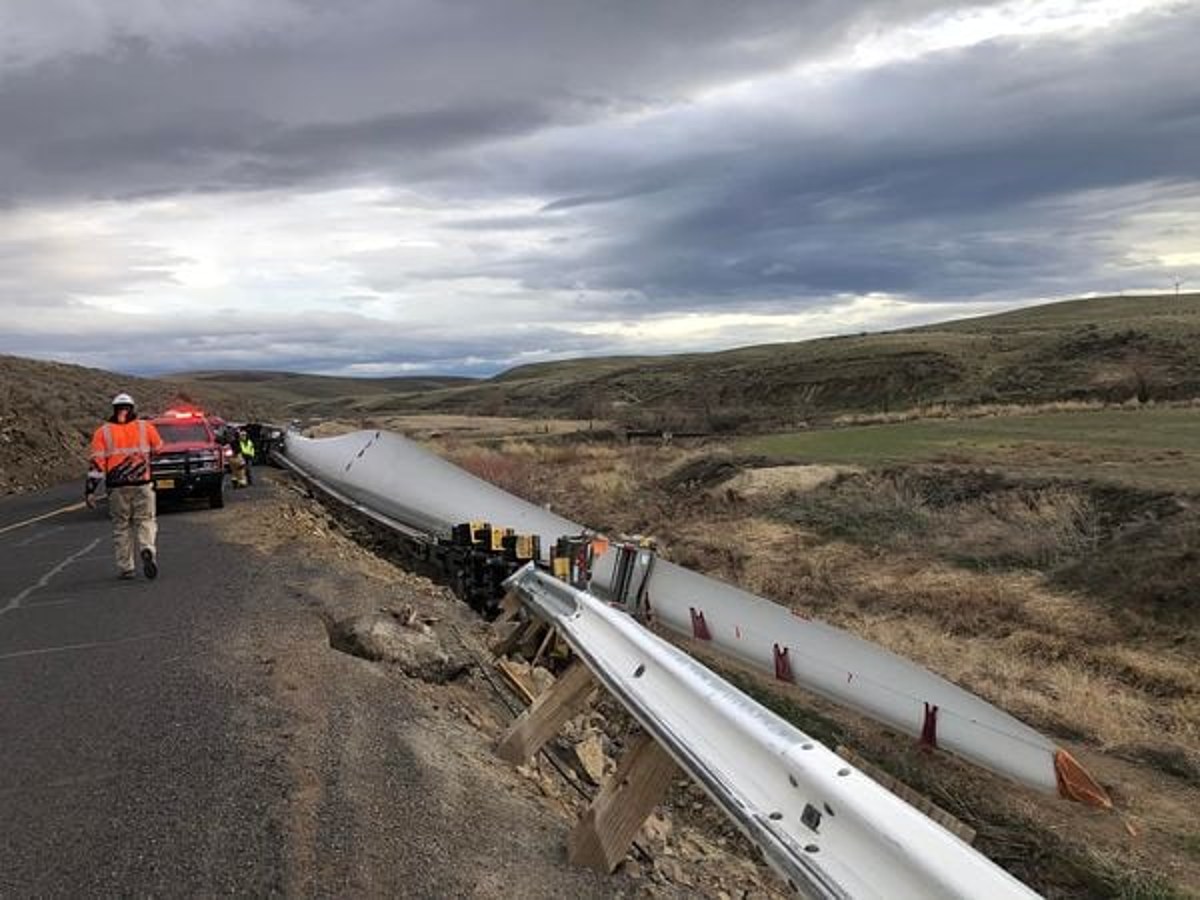 More than 3 weeks after the truck and trailer left Highway 74 in Oregon, not far from Ione, a giant wind turbine blade was finally recovered.

On Feb. 28, a 56-year-old man suffered non-life-threatening injuries when the tractor-trailer he was driving rolled sideways and down a stretch of Highway 74.

The truck and its massively long trailer were carrying a giant wind turbine blade when the truck was trying to negotiate a curve and overturned.

No word was given on where the blade was headed, or if it was “new” or “old” gear. However, the truck overturned.

Last weekend, the Morrow County Sheriff’s Office reported that a portion of Highway 74 was closed for a few hours near the unincorporated area of ​​Cecil, about 12 to 14 miles north. southwest of Boardman so the blade can be retrieved.

A check by Oregon’s TripCheck service shows that crews were apparently successful in recovering the giant blade, as no disturbances were seen in the area on Monday.

According to reports, the blade was so long and wide that neither the truck driver nor the trailer operator in the back are sure what caused the load to shift or triggered the truck to leave the highway. . This is apparently the second related accident involving a turbine blade on this highway this spring.

To have! Explore 100 years of aerial photography with this interactive map