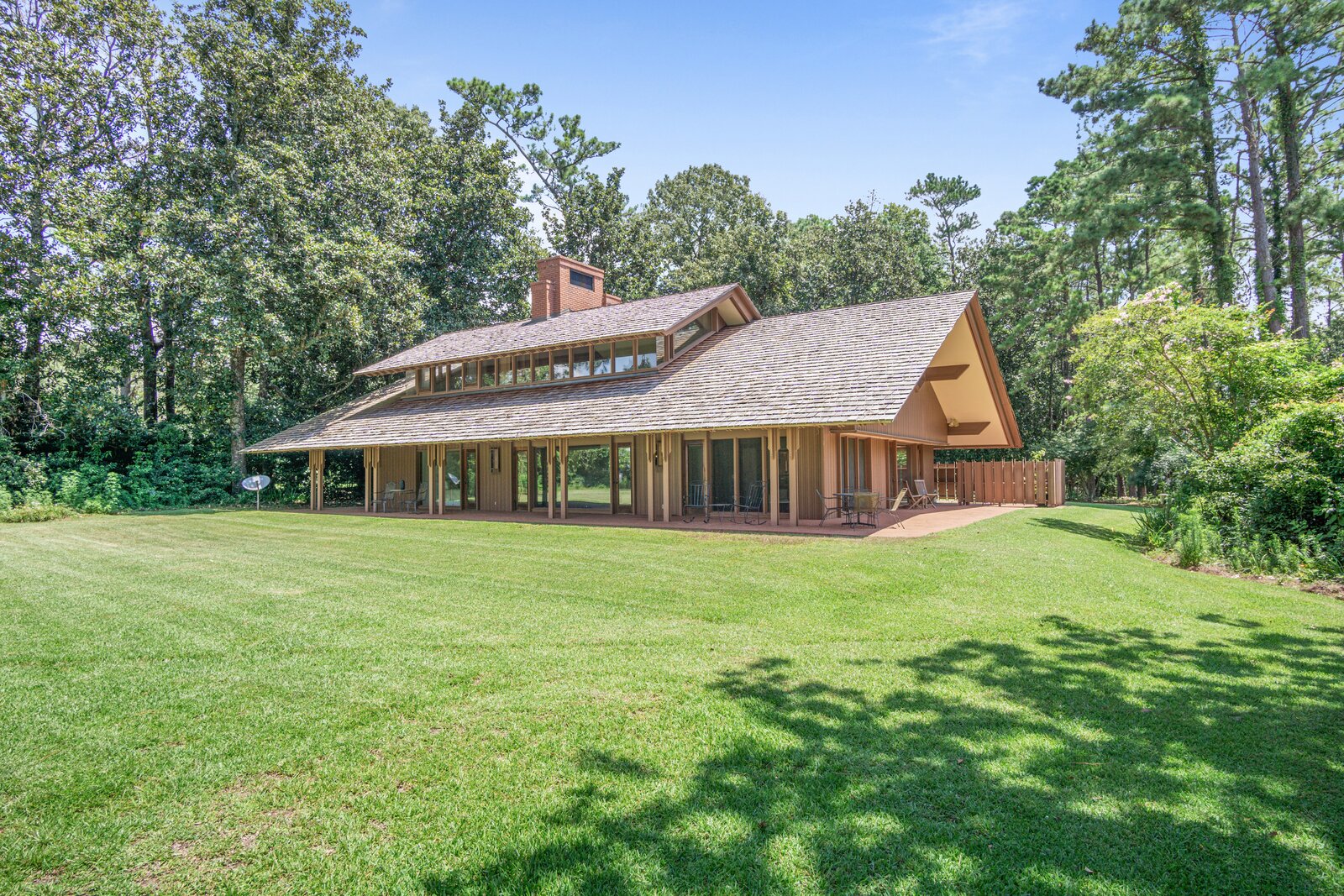 Clarke and Mona Yarbrough have long admired the work of Frank Lloyd Wright. So when one of their closest friends introduced them to Fay Jones, who apprenticed with the master architect, they jumped at the chance to commission a house in Alabama.

“Fay was very selective about the sites he designed for, and he was delighted with the view,” says the couple’s daughter, Terri Lorant, who now co-owns the house with her father after her mother’s death. in 2016. “Ecor Rouge is the highest point on the coast of Maine in Mexico, and it has a rich history.”

The couple built their first home in Mobile, a town known for its pre-war architecture, and Mona filled it with pieces from Saarinen. His penchant for design also started the process of their next home.

The property originally housed a two-story plank and slatted summer house built by the previous owners, the Heckert family. They had turned down several offers to buy the house, but when Mona expressed her adoration for the space – she said there was “nothing she didn’t like” – they knew they had found their buyer.

Unfortunately, the existing house was damaged by Hurricane Frederick – so Mona and Clarke started looking for an architect to build a new one from scratch – and they commissioned Jones for the project in 1988.

â€œThey named their home Pebble Hill after the house where Clarke was born in Auburn, Alabama,â€ says Terri. “The original Pebble Hill is now home to Auburn University’s Center for Arts & Humanities, its alma mater”

The couple took an active role in the design process and regularly met Jones and his team. â€œThey all envisioned a home that would complement the landscape and accentuate the lot’s sparkling views of Mobile Bay,â€ Terri explains.

Nestled on deep wooded grounds, the three-bedroom, two-and-a-half-bath home was built in three years and is packed with custom features.

â€œAny details that seem mundane in most homes are custom architectural details in Pebble Hill,â€ Terri explains. The return air ducts, cabinets and shelving are all integrated into the woodwork and design of the home. The cabinet doors line up with the corners of the ceiling, so they appear as an organic extension. the design of the house. There is even a “secret closet that literally blends into the woodwork.”

The house is clad in redwood – the same material used for the couple’s first home in Mobile – which was imported from Washington state and ground on site. All the cabinets were also custom milled and the hundreds of dowels in the woodwork were all hand cut.

The home’s living spaces extend to the outdoors with expansive patios, deep eaves that run the length of the home, and a screened porch.

â€œThe bedroom windows all open to catch the bay breeze, and the skylights with mirrored sides and double-story windows let in the sun all year round,â€ Terri explains. â€œWhen you sit on the porch, you can watch summer thunderstorms roll over the bay. Once the rain starts, the water cascades from the eaves and you feel like you’re looking behind a waterfall. “

The project is one of the last houses designed by Jones, and it has been meticulously maintained. The only additions are a new cedar shingled roof installed two years ago, fresh carpet throughout, and updated appliances.