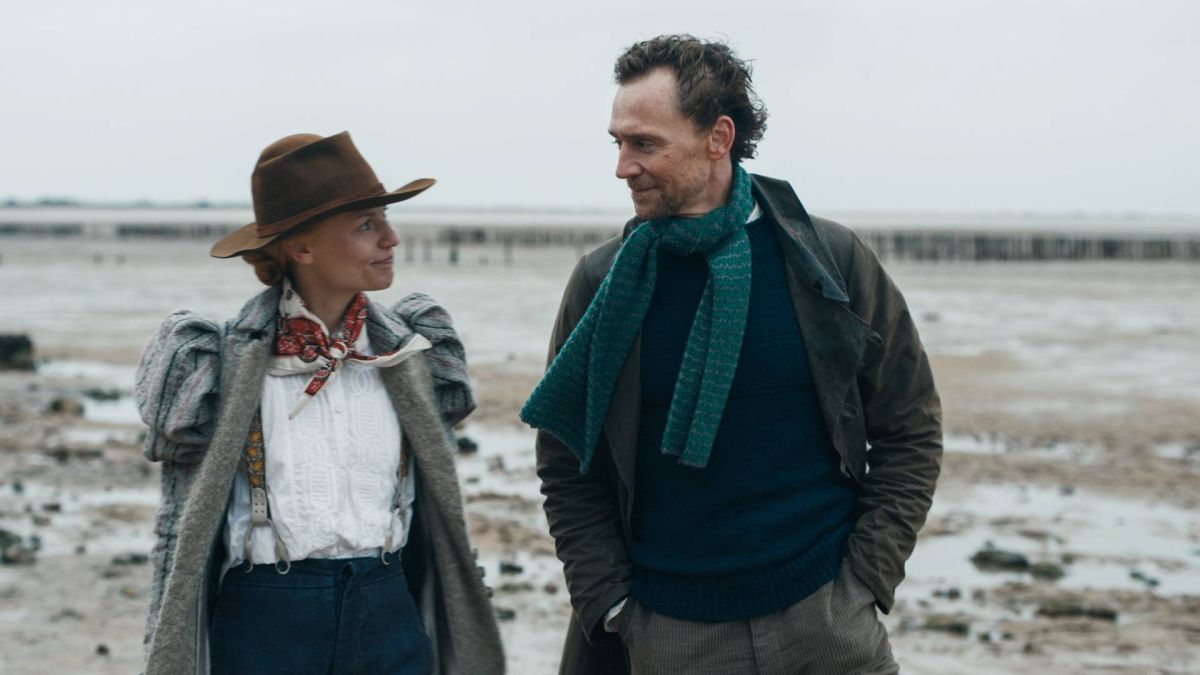 A sea creature that escaped evolution or faith-induced hysteria? That’s the question at the heart of Apple TV Plus’ adaptation of The Essex Serpent – a brooding, thoughtful and downright gorgeous period drama based on Sarah Perry’s bestseller. Although it could just as easily be framed as faith versus science, new ideas versus traditional values, or temptation versus piety as our characters navigate their ideals at the turn of the 20th century.

But it’s not stuffy, proper fodder. Instead, we start with horror. The show begins with the camera panning over the murky waters of Colchester, Essex before plunging into the River Blackwater. It’s no exaggeration to believe that something lurks beneath the surface of the meandering river as Dustin O’Halloran and Herdís Stefánsdóttir’s thunderous score amps up. Two young girls wade through the swamps in the mist before something goes horribly wrong as an invisible object heads towards one while the other runs away screaming.

So what’s underneath, and what happened to that poor girl? It’s something that newly widowed Cora Seaborne (Claire Danes) is desperate to find out. Passionate about natural history, we meet her as she is freed from the chains of an abusive marriage by the death of her wealthy husband and given the freedom to travel to Essex to find out what is plaguing the town. of Aldwinter. As you can imagine, she’s not welcomed with open arms when she arrives in a village brimming with grief and terror – and a vicar of William Ransome (Tom Hiddleston) desperate to stem the tide of hysteria.

There is a beautiful chemistry between the two protagonists, who play their roles with empathy and subtlety. This is established from when they (officially) meet at the dinner table in Will’s family home. He thinks the snake isn’t real but rather a sign of the fears that come with changing times while Cora wonders if something more interesting is going on. “So you’re afraid of progress,” Cora wonders as she and Will face off. “I’d rather believe in a creature that people have actually seen than an invisible god, is that blasphemy?”

In the first two episodes, the characters find their reliance on faith and science pushed and pushed as Cora wonders if the serpent could really exist, while Will’s fear of temptation rears its ugly head. However, it’s seen perhaps most poignantly in the grief of locals turning to building fences, taking turns policing beaches, and even – in a moment that could be pulled straight from The Crucible by Arthur Miller – become possessed by the devil.

Along with this quest for the mysterious creature, a subplot of Doctor Luke Garrett attempts to perform the first open-heart surgery. In the same vein as Cora, he battles against the establishment as he attempts to innovate scientifically. It’s a bloody and compelling diversion, but not nearly as compelling as the main story so far. Although Frank Dillane’s easy charm in the role and his character’s infatuation with Cora is enough to keep it going.

There’s no doubt that the slow, atmospheric pace of the show will be too creepy for some. It’s an adaptation that takes its time, allowing for scenes centered around a lost chicken, research into the science of Fata Morgana, and jaunts through swamps. That’s all well and good, but it does mean that the promise of heightened horror that the series begins with – and builds upon as each episode ends – is not delivered.

But, visually, the series is hard to fault. The money that Apple invests in its programs allows this show to grow from a regular book adaptation. This can be seen through Jane Petrie’s beautiful costume design, which makes fantastic use of knitwear. It’s a bit anachronistic compared to what we’re used to seeing in period pieces, but it helps to set the tone – and the chill – of the program.

The Essex Serpent certainly has a lot going for it. Not only does the series feature two of TV’s most requested stars in Hiddleston and Danes, but the best-selling book it was based on won numerous awards when it was published in 2017. Fortunately, director Clio Barnard and screenwriter Anna Symon seem to have gotten the memo and made some worthwhile drama out of it. The first two episodes hold great promise and will have you coming back for the weekly release to find out what – or who – the real terror of Aldwinter is.

The Essex Serpent airs weekly on Apple TV Plus. Looking for your next binge? Check out our list of the best TV shows of all time.