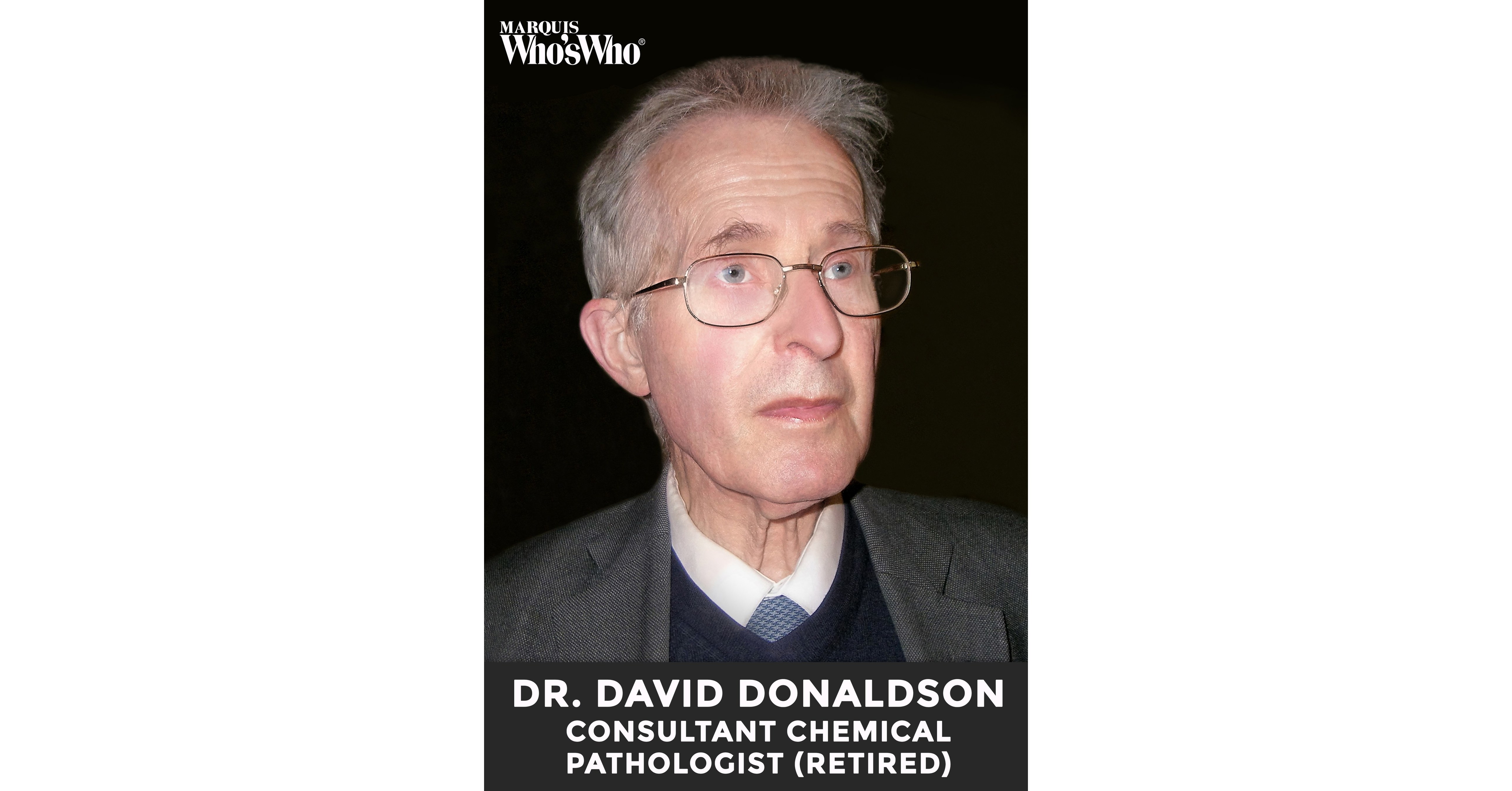 Dr. David Donaldson recognized for his excellence in medicine

A retired chemical pathologist and consultant, Dr. Donaldson has acquired considerable expertise in the biochemistry of medicine relating to mineral deficiencies and excess, liver disorders and kidney problems. He attributes much of his success to his willingness to pursue a career in a field he has found very interesting. Having been exposed to the wonders of chemistry from an early age by his father, who was a chemist, his passion was cemented during his studies at King Edward’s School in Birmingham, England. Ultimately, getting a bachelor’s degree in medicine, a bachelor’s degree in surgery from the Birmingham University in 1959, Dr Donaldson subsequently obtained certification as a European clinical chemist.

Starting his career as an internal physician at Selly Oak Hospital in 1959, Dr Donaldson was appointed internal surgeon at the Birmingham Women’s and Children’s NHS Foundation Trust and Senior Internal Manager of Clinical Pathology at Queen Elizabeth Hospital, Birmingham in 1960. From 1961 to 1962 he worked as Registrar of General Medicine and Assistant Resident Physician at Leeds General Infirmary and Leeds Teaching Hospitals before joining Keighley and District Victoria Hospital from 1963 to 1964. Dr Donaldson then served as a physician Lecturer and Honorary Principal Registrar in Chemical Pathology at University College London Queen Square Institute of Neurology and at the National Hospital of Neurology and Neurosurgery between 1964 and 1970.

In 1970, Dr Donaldson was recruited by East Surrey Hospital and Crawley Hospital with the Surrey and Sussex Healthcare NHS Trust as a consultant in chemical pathology. Remaining active in these roles until 2001, he also flourished as Clinical Director of Pathology at East Surrey Hospital from 1991 to 1994 and Clinical Pathology Consultant for Gatwick Park Bupa Health Center from 1984 until his retired in 2006. Along with his main professional responsibilities, Dr Donaldson contributed as vice-chair of the medical subcommittee of the Marie Curie Memorial Foundation, Chairman of the South West Thames Regional Health Authority Chemical Pathology Advisory Subcommittee and Professor of Clinical Biochemistry at London South Bank University.

Author of over 100 professional journal articles, Dr. Donaldson has also contributed his wealth of knowledge to a number of book chapters. He notably co-authored “Essential Diagnostic Tests in Biochemistry and Hematology” in 1971 and “Diagnostic Function Tests in Chemical Pathology” in 1989, and was the sole author of “Psychiatric Disorders with a Biochemical Basis” in 1998. Also conducting studies work in an editorial capacity, he devoted his time and attention as a member of the Editorial Board and Honorary Associate Editor of the Journal of the Royal Society for the Promotion of Health from 1997 to 2004. In order to stay abreast of developments in his field, Dr Donaldson has maintained his professional affiliation with organizations such as the British Medical Association, the British Science Association, Heart UK, the Association for Clinical Biochemistry and Laboratory Medicine, the Harveian Society of London, the American Association for the Advancement of Science, the New York Academy of Sciences, the American Society for Clinical Pathology, and the Worshipful Society of Apothecaries.

For the excellence of his career, Dr. Donaldson has received numerous accolades. In particular, he was awarded the Professor M. Mori Congratulation Prize by the International college of Human Nutrition and Functional Medicine in 2002. He also received the Five Years of Long-Term Volunteer Service Award in 2017 for his volunteer work with the Standen House and Garden with the National Trust. In light of all his accomplishments, Dr. Donaldson has previously featured in Who’s Who in America, Who’s Who in Medicine and Healthcare, Who’s Who in Science and Engineering and Who’s Who in the World, and has received both the Albert Nelson Award Marquis for all of his achievements. Award and the Marquis Who’s Who Humanitarian Prize.