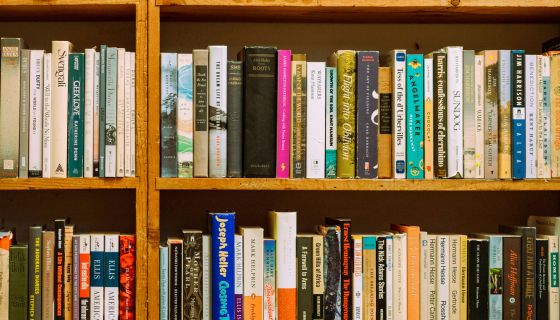 TAcross the country, there are physical structures steeped in the fabric of African American history; the walls of these spaces house stories that illustrate black resilience and black joy. The National Park Service is making a concerted effort to ensure that these historic sites exist for generations to come. According to Michigan Advance, the Vaughn’s Bookstore site in Detroit received a preservation grant from the NPS.

The bookstore, which was operated by a Michigan politician Ed vaughn– was the first black-owned bookstore in the city. Vaughn, who served in the state House of Representatives in the 1970s and 1990s, opened the store in the early 1960s. Amid the civil rights movement, the Vaughn Bookstore quickly became a mainstay within the community ; serving as a space for black authors and poets to share their work and also becoming the backdrop for meetings organized by local neighborhood leaders. During its nearly 40 years of existence, the store has had several lifetimes. It closed in 1967 following civil unrest in Detroit, but Vaughn eventually reopened. No matter how many times he reinvented the bookstore, he stuck with his original mission of celebrating black literature and making it accessible. The Vaughn Bookstore closed in the late 1990s.

â€œThe Vaughn Bookstore was definitely something new to the community. There hadn’t been a bookstore here before, â€Vaughn said in an interview. “I got into the business because I was looking for a book called Ginsberg’s A Hundred Years of Lynching, and I was told downtown that they didn’t have the book in stock and I was told. decided to see if I could find it. When I found it and my friends in the post said they would like to read this and other black books, I started ordering them and selling them in the trunk of my car. Then I opened the Vaughn Bookstore and we started selling books pretty quickly, people were asking questions, and that was kind of the vibe around the bookstore. There was a growing awareness throughout the community. The National Park Service has awarded $ 15,000 to conserve the site as part of a larger preservation initiative that will support 17 projects in 14 states.

In recent years, the NPS has unveiled initiatives to preserve historic spaces on HBCU campuses. In 2020, the agency announced that $ 7.7 million in grants will go towards the restoration and conservation of these structures.