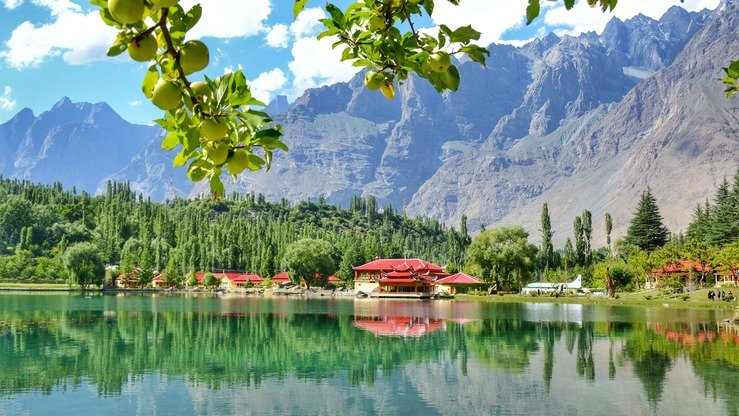 ISLAMABAD / KARACHI: Coronavirus travel bans around the world, exploration of new tourist destinations and infrastructure development have boosted domestic tourism, with millions of local visitors flocking to the scenic north and northwest this summer.

A record of more than 5.5 million tourists, mostly local, have visited the majestic mountains, verdant plateaus and picturesque valleys of Gilgit-Baltistan despite the coronavirus pandemic during this tourist season

In Khyber Pakhtunkhwa alone, nearly 4 million tourists visited famous tourist destinations of Swat, Chitral, Nathiagali Abbottabad, Kaghan and Naran in Mansehra from May to September, according to Latifur Rehman Khan, spokesperson for the provincial tourism department. .

The beautiful Swat Valley, also known as Switzerland of Pakistan, remained the favorite site visited by over 1.5 million people this year.

Khan said Anadolu Agency a significant increase in domestic tourism is the result of infrastructure development at tourist sites, with several projects underway to provide facilities at international standards for tourists.

â€œOur tourist season is still going on. The fall and winter seasons are coming, and we hope that the number of tourists by the end of this year will be double that of yesteryear, â€Khan told Anadolu Agency.

Boom in the aviation industry

Tens of thousands of well-off people, who would otherwise travel to Europe, the Middle East, the Far East and other global destinations for vacations, are adding to the growing number of domestic tourists.

Yahya Polani, president of the All Pakistan Travel Agencies Association, has confirmed that international travel, including for tourism purposes, has come to a screeching halt since the coronavirus pandemic hit the world.

But local air travel has resumed this year, especially during the tourist season, giving a sigh of relief to the otherwise dying local aviation industry, Polani said. Anadolu Agency.

â€œThere has been an extraordinary increase in local air travel this year due to the increase in domestic tourism. All the companies, which previously offered international tourism packages, are now taking their customers in large numbers to Gilgit, Skardu, Swat Chitral and other destinations, â€he said.

“The credit goes to the prime minister [Imran Khan] who has personally focused on promoting tourism, â€Polani said, adding that the boom in domestic tourism has saved thousands of jobs in the aviation industry.

To cope with the growing number of tourists, Pakistan International Airlines, for the first time, recently launched direct flights from various cities including Karachi to Gilgit-Baltistan.

Pakistan, without a doubt, is one of the few countries that offers a unique blend of history and biodiversity to environmental lovers.

Snow-capped peaks to the north and sparkling waters to the south, along with endless opportunities to observe wildlife, sail the mighty Indus River and deep-sea diving in the Arabian Sea, there is much more to attract visitors. lover of the environment.

The northern Gilgit-Baltistan region, which borders China, is home to the six peaks over 8,000 meters, including the second highest peak in the world, K-2.

In addition, the region has more than 5,000 large and small glaciers and more than 100 lakes, which together form the largest reservoir of fresh water in the world.

Additionally, lovers of the environment can observe the endangered snow leopard and brown bear, in addition to 300 species of wildlife in the breathtaking region.

Towards the mountains like in Khunjerab National Park in Gilgit-Baltistan there are guaranteed sightings of the Himalayan ibex and if one goes northwest of Chitral near the Afghan border then markhor – the national animal of Pakistan.

There are opportunities to see wildlife, sea turtles nesting near Karachi as well as the highly accessible national parks of Kirthar and Hingol in the southern Sindh and southwestern provinces of Balochistan, offering a mix of history and of biodiversity.

Recently discovered Kumrat, a breathtaking valley that lies near the Afghan border has become a favorite spot for tourists due to its sparkling blue lakes and verdant plateau in recent years.

“I have visited many countries around the world, but trust me the natural beauty I have seen here [in Kumrat] is unique and amazing, â€said Sadiq Khan, a Pakistani national based in Dubai. Anadolu Agency.

â€œI had heard about the beauty of this valley and I wanted to visit it. Finally, I’m here, â€he said with a smile.

A 50 kilometer (31 mile) road that leads into the Kumrat Valley from the Dir district requires major repairs and reconstruction. It’s muddy and bumpy.

“This tourist spot can change the lives and economy of the locals if a new road is built along with other infrastructure developments,” said Dr Fahim Shakir, who works at a public hospital in Dir.

Bilal Athar, a Karachi-based businessman who was vacationing abroad before the pandemic, has nothing but praise for the spectacular Neelam Valley of Azad Jammu and Kashmir.

â€œI’ve never been there before. It’s beautiful beyond my expectations,â€ Athar said. Anadolu Agency. With friends he visited the valley for the first time in August.

â€œI know that we are not the only ones who have explored the beauty of Pakistan for the first time. Thousands more have done so in the past two years, â€he said.

â€œMy message to those who travel abroad for vacation is [that] forget about the foreigner, Pakistan is simply magnificent in terms of tourism.

Pakistan is only 70 years old, but it’s located in an area that has been home to the three major world religions – Hinduism, Buddhism, and Sikhism – for centuries.

The country is home to dozens of revered pilgrimage sites – dating back 5,000 years – not only for followers of the three religions, but also for some prehistoric religions such as the Aryan, Barhaman, and the ancient religions of Iran and Greece.

Almost 70,000 Sikhs from neighboring India and around the world visited their religious sites, mainly Kartarpur sahib – the birthplace of Baba Guru Nanak, the founder of the Sikh religion – this year.

KP – once a children’s poster for terrorism and suicide bombings – is home to 70 percent of the country’s sites sacred to Sikhs and Buddhists. While Punjab and Sindh also host several sites related to the three religions.

Once known as the heart of Gandhara civilization, Takhtbai or Takht-i-Bhai (original throne) – a quaint little town located 160 kilometers (99 miles) from the capital of Islamabad – is the most visited site by the Buddhists.