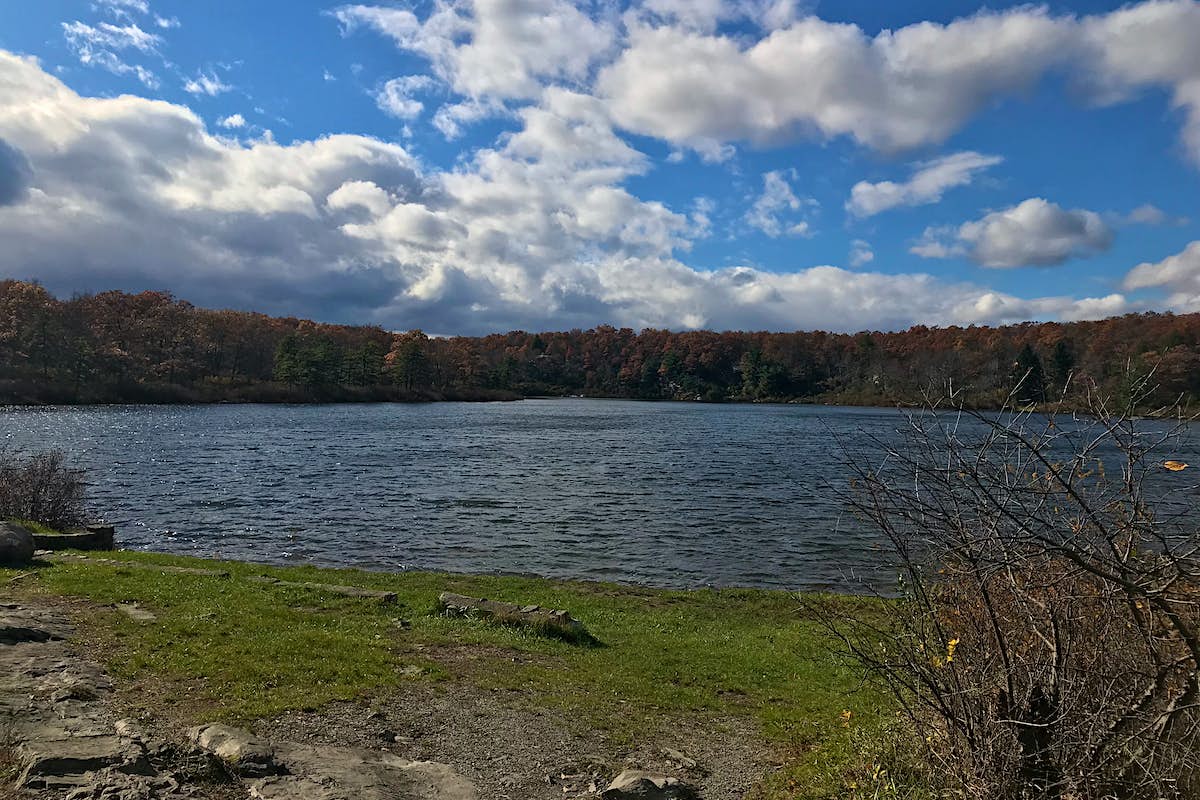 Does New Jersey have national parks? Well, no, not technically. There are no officially designated national parks in New Jersey as Yellowstone, Grand Canyon, or Great Smoky Mountains, but the state has 10 national and historic sites managed by the National Park Service (NPS) and one under the agency jurisdiction.

Although it lies between New York and Philadelphia, New Jersey has a large number of protected natural areas. But its location means that the state also has many historic sites, especially those relating to the founding of the United States. In many cases there is overlap, so visitors can get a dose of nature and history in just one visit.

While many of these natural and historic sites are operated by local government agencies, here are the 10 NPS sites for New Jersey.

Crossing over 2,180 miles of mountainous terrain between Maine and Georgia, the Appalachian Trail is one of America’s great hiking routes – and 76.1 miles can be found in New Jersey.

The trail enters the state at Delaware Water Gap, then climbs and descends ridges between 350 feet and 1,685 feet above sea level, and passes through state parks and forests. It comes out in the middle of New Jersey’s northern border with New York State.

While some hikers hike the entire stretch over several days, many others tackle small sections on short day trips. One of its most popular trails is the Stairway to Heaven, one of New Jersey’s best hikes.

“National Recreation Area” is the perfect descriptor for Delaware Water Gap, a park with many recreational opportunities. It spans 70,000 acres and includes over 120 miles of hiking trails (including a stretch of the Appalachian Trail), 100 miles of scenic drives, 40 miles of river, and a handful of waterfalls.

So whether you are looking to hike, bike, kayak, drive, or just sit and have a picnic, there is definitely room for you here. The Delaware Water Gap is also a great place to learn about Northwest New Jersey’s long history, from its Native American roots to the colonial period to the industrial boom of the 19th century. There are archaeological sites and historic structures like the Brodhead site and the ‘Slavic’ cemetery spread throughout the park.

Things are getting a little murky as to whether Ellis Island is part of New York or New Jersey, but the 27.5-acre land turns out to be in both states. New York claims the island side with the main building, while New Jersey claims the old hospital side.

Either way, the entire island falls under the umbrella of the Statue of Liberty National Monument, making it federal property managed by the NPS. Lady Liberty herself is only a short ferry ride away.

Gateway National Recreation Area is another interstate park that has land in both New Jersey (the Sandy Hook unit) and New York (the Staten Island unit and the Jamaica Bay unit), all surrounding the New York Harbor.

The Jersey part of the park is home to several major natural attractions such as swimmable and fishable beaches connected by hiking trails through the dunes and historic sites like the Fort Hancock National Historic Landmark and Sandy Hook Proving Ground, a former military base built in the last decades of the 19th century which was used to test weapons during WWI.

Many structures survive from the site’s military era, as does unexploded ordnance (UXO), so don’t touch any unusual metal objects protruding from the ground! Sandy Hook is also home to the country’s oldest lighthouse.

Explore the wetlands of the Great Egg Harbor River

Rather unusual, the Great Egg Harbor River, its 17 tributaries and their adjacent wetlands are technically under the jurisdiction of the NPS, but they are managed by the local Great Egg Harbor Watershed Association.

But enough about the fine print of government: The reason this area is a national park site is that its largely undeveloped land is a pristine place to interact with nature, whether through hiking, biking, or pleasure cruising. The majority of the river’s 129 miles are in the Pine Barrens, a million acre ecosystem unique to the East Coast.

Several segments of the Delaware River – the “largest free-flowing river in the eastern United States,” according to the NPS – as well as some towns in New Jersey and Pennsylvania along them, have been incorporated into the Lower Delaware River National Wild and Scenic. site, a recreation area with a transportation history for Native Americans, settlers and industrialists.

Today it has less to do with industry and much more with recreation and history; it is a popular place for outdoor activities like hiking and boating. But it is also home to many points of historical interest, such as the Morris Canal and the Washington Crossing State Park.

Learn about the history of the Revolutionary War at Morristown National Historic Park, the site where General George Washington and his Continental Army camped throughout the winter of 1779-1780. The NPS calls this unit “Where America Survived”.

The park includes Washington headquarters at Ford Mansion, Fort Nonsense, and Jockey Hollow, for all history buffs, but it also has 27 miles of hiking trails, as well as a three-mile paved road for biking.

The infamous Pine Barrens, formerly known as the Pinelands of New Jersey National Preserve, is perhaps best known as the homeland of the mythological Devil of Jersey, but it has far greater fame, at least in the area of ecology.

The 1.1 million acre land – comprising swamps, peat bogs, dunes and forests – is the country’s first national reserve, recognized as such by Congress in 1978. It is also a Biosphere Reserve of Unesco. Inside you’ll find plenty of room for recreational activities, such as hiking the 80km Batona Trail or visiting ghost towns.

As with many sites in New Jersey National Park, nature and history collide in Paterson. The city was the first planned industrial city in the United States and built in 1792 by Alexander Hamilton around the might of the Great Falls of the Passaic River.

Everything from silk fabrics to aircraft engines was made here, and today you can visit many historic mills and factories.

Of course, a visit to this national park site wouldn’t be complete without a stop at the eponymous falls, which is 77 feet high and 300 feet wide. They still provide hydroelectric power to the city.

Innovation was (and still is) ripe in New Jersey, even outside of Paterson. The home and laboratory of inventor Thomas Edison in West Orange – where he worked for the second half of his life and developed technologies such as the motion picture camera – has been preserved as a National Historic Park.

The site holds the largest single collection of Edison material, from letters to prototypes of his inventions to its collection of rare books.

With the help of the French General Jean Baptiste Donatien de Vimeur, Count of Rochambeau, the American General George Washington succeeded in defeating the British during the War of Independence.

Walk in the footsteps of these great leaders on the Washington-Rochambeau Revolutionary War National Historic Trail, a 680-mile trail that traces part of their journey to victory between Massachusetts and Virginia and celebrates the history of the Franco-Alliance -american.