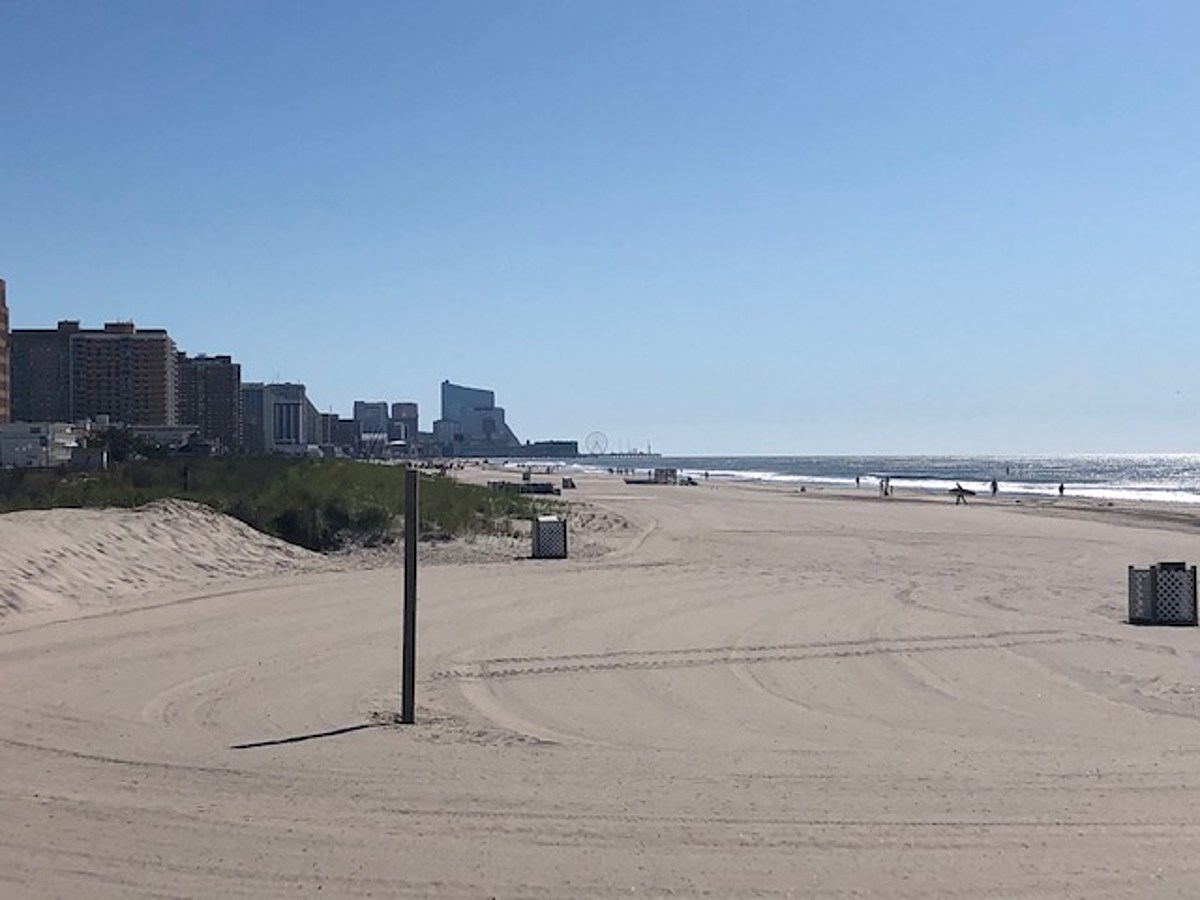 Bright and beautiful, warm and not humid

We fall into a pleasant slice of the atmosphere for a few days as sunshine, dry weather, warm temperatures and low humidity dominate.

I have no hesitation in calling today a beautiful summer day. The weather will be mostly sunny, with dry air and dry weather. With a shift from northerly to westerly winds, temperatures will end up being about five degrees warmer than Wednesday. Look for highs in the mid-80s – that’s exactly normal for mid-August. Rock On.

I’m not sure if a sea breeze can set in until late in the day, because of this (light) westerly (land) breeze. Thus, beaches can be as hot as inland areas. And potentially buggy too.

A high risk of rip currents also continues along the Jersey Shore on Thursday.

Thursday night will be comfortable. There’s at least one pattern pushing a splash in northwest New Jersey in the evening – but I’ve ruled out any serious raindrops, given our dry air. Otherwise, the night will be mostly clear with low temperatures in the mid-60s.

Another winner of the weather, even if the temperatures rise a little more. Highs will end around 85 to 90 degrees Friday afternoon. Throughout the day, we will go from sun to clouds. Daytime hours seem completely dry again.

Humidity levels will be slightly higher, with the dew point dropping to 60 degrees. Just a hint of stickiness in the air.

Our next storm system will approach from the southwest late Friday evening. We could see raindrops seeping in eventually – but not until midnight.

Our next storm system will barely kiss New Jersey to start the weekend. It won’t be particularly loud or deep. And there are some question marks: how far from shore will it turn? And how long will the wet weather persist?

The best chance of rain showers will be Saturday morning south and along the coast. (I wouldn’t rule out a brief burst of rain further inland, but don’t expect much.)

There is a small chance that raindrops will linger along the coast for most of Saturday. A dull, damp solution. Rainfall totals won’t be impressive though, only a few tenths of an inch at most.

But I’m a bit more optimistic, calling for sunny spells on Saturday afternoon. The day does not have to be a total waste, even on the beaches.

High temperatures will drop a bit on Saturday, to a low in the mid-80s. (The cooler places will also be the wettest.)

Daytime hours seem good. Under partly to mostly cloudy skies, the highs will hit the lows again in the mid-80s. If you don’t mind cloud cover, it should be a decent beach day with a light southeasterly breeze (on shore ).

Forecast models paint another broad area of ​​low pressure heading toward New Jersey on Sunday evening. The first drops of rain would not arrive until 10 p.m. at the earliest.

So many times this summer we’ve seen a good chance of regular rains dying off completely as they hit the mid-range (4-5 days).

Well, we have another solid chance of consistent rain in the forecast, centered on Monday. 5 days in a row.

I really hope that holds, because we could pick up a healthy half inch in the bucket by Monday night. (Keep in mind that we’re still about 6 inches behind this summer – it won’t be a “drought-buster.”)

Scattered rain on Monday could include localized downpours or rumbles of thunder, but no severe weather or flooding is expected.

Due to clouds and raindrops, high temperatures on Monday will be limited to the 70s.

I wouldn’t rule out rain again on Tuesday, but in general we’ll start warming up again. Expect lower 80s on Tuesday and mid-upper 80s next Wednesday.

NJ WEATHER CENTER: Your forecast for 5 days and more

Discover Farmers Markets in an NJ Town Near You

Happy National Roller Coaster Day! The state of New Jersey is home to the 5th most roller coasters in the United States, spread across 14 thrilling theme parks.

7 foods to eat and 7 to avoid for bladder health