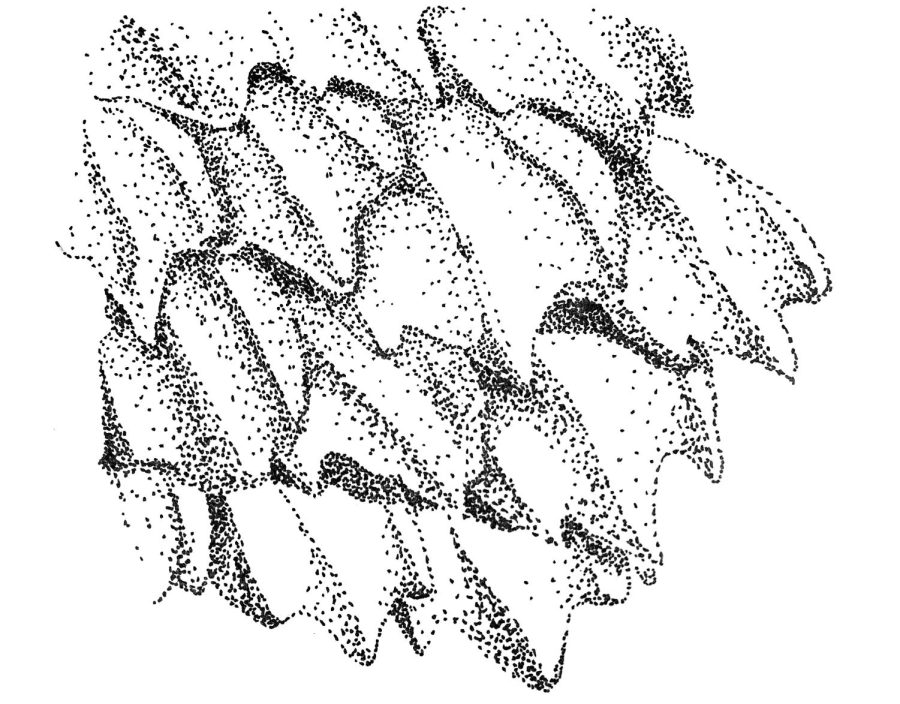 It’s a good thing nature doesn’t believe in copyright. Designs inspired by nature are found all over the world. From architecture to medicine, biomimicry is a technique that humans are striving to master.

Nature has perfected its designs through millions of years of mutation, natural selection and evolution. Often humans work to invent something new only to end up finding it better designed by nature. Now, scientists and inventors in the field of biomimetics tend to look to nature for inspiration.

The most famous example of biomimicry is Velcro. While walking his dog in 1941, Swiss electrical engineer George de Mestral noticed matted burrs in his pet’s fur, according to Velcro’s website. The hook-and-loop structure of the smudges intrigued him and inspired him to invent Velcro.

Gecko’s grasping adaptation has also fascinated scientists. Their toes are covered in tiny hair-like protrusions that allow them to cling to vertical surfaces. By mimicking their toes, Stanford engineers have created a set of hand-sized pads that allow a person to climb on smooth vertical surfaces like glass, according to Stanford University.

Robotics is perhaps the most nature-dependent field of inspiration. WSU researchers have created robots that mimic bees, earthworms and other insects. Néstor O. Pérez-Arancibia, associate professor of mechanical and materials engineering at WSU Pullman, designed Robeetle, setting the world record last year for the smallest crawling robot, according to WSU Insider.

RoboBees, designed by roboticists at Harvard, have applications in search and rescue, according to Harvard University.

Singapore researchers have created MantaDroid, a robot that looks like a manta ray, according to national university of singapore. Its appearance helps camouflage it for underwater monitoring and biodiversity research.

Another surface that is attracting the attention of scientists is shark skin. Shark skin is covered in denticles, tiny scales that impart antibacterial properties, according to Institute of Biomimicry. The rough, pointed edges of the denticles strain the cell membranes of bacteria and viruses, making it more difficult for them to survive.

The denticles also reduce turbulence. Counterintuitively, their rough surface is more hydrodynamic than a smooth surface. The denticles prevent tiny vortices from forming along the skin, reducing drag and improving thrust underwater, according to research conducted at Harvard University. Fabric designed by Speedo imitating shark skin for its LZR Racer swimsuits.

At the 2008 Beijing Olympics, the US swim team was equipped with Speedo’s specialized wetsuits, which were banned the following year for the unfair advantage they gave wearers. Recent research found that the now infamous swimsuits did not improve speed due to their biomimetic surface, according to Harvard researchers. Instead, the compression and streamlining properties of the suits were the key factors at play.

In addition to Speedo’s designs, many other fabrics imitate nature. MIT researchers studied the water-repellent properties of lotus leaves to produce waterproof fabrics.

Some fabrics and paints have even replicated the structures found in iridescent butterfly wings to produce beautiful, vibrant colors without dyes, according to American Scientist.

Aerodynamics is another scientific field where biomimicry is in the spotlight. Japanese bullet trains depend on aerodynamics to cut through the air as efficiently as possible. However, the debut of the Shinkansen II came with a problem: noise!

To reduce the booms that the fast train produced at the exit of the tunnels, the Japanese scientists were inspired by the elegant beak of the kingfisher. The shape of the bird’s beak allows it to enter the water virtually splash-free when diving for fish. It also worked wonders for high-speed rail. According to BBC.

Biomimetics is also present on a large scale, especially in energy efficient architecture. Termites are among nature’s busiest construction workers and scientists were smart to look to them for the answer.

Turns out termites have a clever way of keeping themselves cool. By building strategic air pockets in their mounds, termites use natural convection which keeps their mounds ventilated and cool, according to National geographic. A shopping center in Zimbabwe uses this technique, using 90% less energy than neighboring buildings that rely on traditional air conditioning.

From clothing to transportation and everything in between, biomimetics inspire new inventions and improve existing designs. Biomimicry simplifies our daily lives and reduces our impact on the planet. Take a second look at the designs around you and give nature some credit where it’s due.

These national parks received the most visitors in 2021