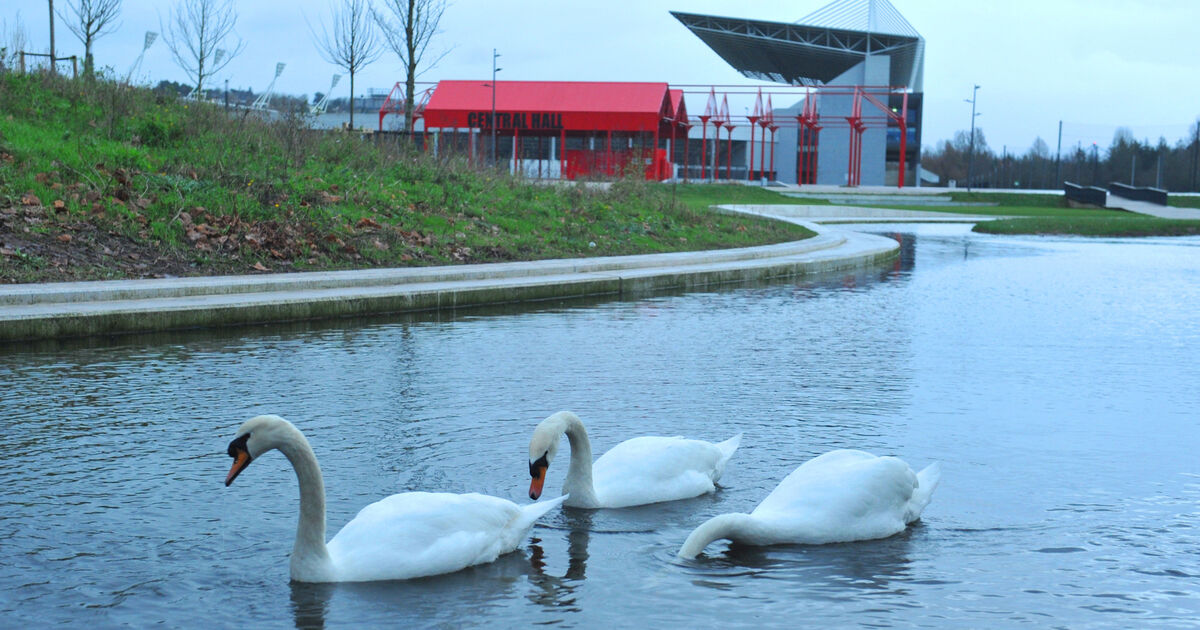 A rising tide that doesn’t lift everything

Don’t worry if you can’t remember the melody – I go back 30 years for the lyrics, which are courtesy of One-Hit Wonders Timbuk3.

Going back three decades like this is the kind of trick that comes your way, something you almost accidentally start doing. As always, Philip Larkin expressed it better than anyone: “I started saying ‘a quarter of a century ago’ or thirty years ago about my own life.

“It takes my breath away.”

Well described. You go from an assessment of how long events last per month, or maybe a year or two, to an abrupt onset of dispersal of decades like awakening in a wake.

Which was a much more common term three decades ago. Or even more.

I am raising the issue here because this is traditionally when deadlines are highlighted; this is the time of year when we start planning and planning for the near future. A quick clarification – I am referring specifically to realistic and actual plans, and not unrealistic pipe dreams tied directly to the date: the concept of New Years resolution is and remains verboten on this page (now to be read).

The shots I’m referring to are those that stretch out into the distance like railroad tracks heading towards the horizon, seeming to meet halfway.

An example? I’m glad you asked.

I spent an hour or two at the new park near the marina at Christmas, the one near Pairc Ui Chaoimh.

If that still seems a bit bare, the early days – there’s plenty of room to get creative with landscaping, whether it’s planting a stand of trees here and there to break up that nudity or installing some trees. bushes to line the walkways. A large scale play area would be an asset. The central building I’m still a bit agnostic about – does it provide shelter or is the roof just too high off the ground to keep the rain from protecting itself?

Once again, however: the place has just opened. Give it time. This is the kind of large-scale installation that will likely be needed soon enough.

Readers will know the great plans for this general area of ​​the city, whether it is the specific plan to create a new city, almost, along the quay by R&H Hall and behind that among the old industrial units, or the general turning the city to face the river, pushing more and more towards the Marina. Wave, more ambitious plans to locate a hospital in the area and perhaps another passage downstream to Tivoli reinforce this feeling of a city on the bend, outward to the sea.

This is a notion with a strong historical context, and Barcelona is generally Exhibit A in any discussion of city realignment. As part of its transformation at the time of the 1992 Olympics – again, just three decades ago – the city authorities took the opportunity to transform an old-fashioned and dilapidated industrial area near the waterfront. sea, Poblenou, in an Olympic village. Subsequently, the neighborhood became one of the coolest neighborhoods in the city, earning a reputation for tech start-ups and hip breweries.

There is already a brewery on the south quay, of course. Who wouldn’t love to see the rest of the area follow their Barcelona counterpart?

A river crosses it

Yours truly was thinking that way until a friend helpfully handed you an interactive graphic on climate change – one that you can download to your own device and insert your own location, seeing the results of the rise in sea level of two, four or six feet.

This is not your first warning in this direction. You probably read about the cloud on the horizon in these pages last August, when Steven Heaney wrote: “A new joint report from the Environmental Protection Agency (EPA), the Met Éireann (ME) and the Marine Institute ( MI) warming has resulted in Ireland’s climate becoming warmer and wetter, with 15 of the 20 warmest years on record since 1990 … with a large portion of the Irish population living near the coast, sea level rise has the potential to completely reshape the country over the next few decades.

“To illustrate how serious these changes could be, Coastal Climate Central, an independent, nonprofit group of scientists and communicators who study our changing climate and how it affects people’s lives, has created what they call a “coastal risk screening tool”. “

Applying this tool to our own native moor has shown severe flooding, Steven adding: “Several towns and villages in Cork including Youghal, Kinsale, Shanagarry, Ballycotton and Timoleague are showing major topographic changes. In Cork City too, the screenings make viewing anxious.

“By 2050, the River Lee has grown considerably, leaving most of the city center, marina, docks and Tivoli colored red.

“A little further on, the map shows much of Blackrock, Jacob’s Island, Rochestown and Douglas overtaken by the rising waters.”

That means in 30 years – 30, again! – the areas that we plan to develop and colonize could well be underwater. Billions of euros spent on what – a remake of Water world, and without even the small consolation of seeing Kevin Costner with gills behind his ears?

At this point, I admit that I have some flexibility in my own gaze. When the Marina Wharf expansion and development plans emerged, I thought of them a great idea – the ideal marriage of expediency and convenience, with new life for a part of the city that had seen better, or at least more busy, days. Use. Accommodation. Now?

The development of the docklands now seems like a fitting referendum, or perhaps a reflective experiment, on how seriously we take climate change. As in we can have an abstract sense of what this means, but here we see a much more concrete example.

What is the point of creating thousands of houses in a particular area when there is every chance that this place will be inundated in 30 years?

This is the question asked in its crudest form. You can walk from Patrick Street past the Marina Market or Pairc Ui Chaoimh in half an hour, and the reality is right there in front of you. The possibility that these places – and everywhere in between – will be under a few feet of water in your lifetime seems hard to imagine, no pun intended, but that’s what science is telling us.

In all fairness, there are alternatives. Hundreds of homes are planned in areas as remote as Tower, north of the city, and Knockgriffin on the outskirts of Midleton. Should we double down on these kinds of “new cities” instead of engaging in developments facing immersion within a few decades?

Let’s look north and east. The future is so bright that wearing rubber boots doesn’t quite sound the same. As I discovered, three decades does not pass long.

What is the point of creating such houses when there is a chance that a place will soon be flooded?