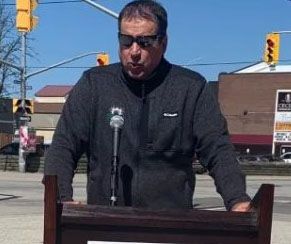 There is a lot of untapped potential for the city of North Bay in the sports and tourism markets and Larry Tougas is looking after that.

He uses his endless number of contacts to tap into sporting and entertainment events in hopes of bringing them to North Bay and the area.

“I’ve spoken to many people over the past five or six years who have told me I should go it alone. And I was reluctant. It’s quite an undertaking, but this opportunity came along and it was a great chance for me to do what I’ve always wanted to do – lead something that could be very viable in the future and unique,” Tougas said on Wednesday.

“I had the opportunity to go into the private sector. It’s something that interests me, it gives me a lot of flexibility in order to do good for the company and for North Bay and its region, ”he said Wednesday morning.

“We plan to start introducing and deepening things that will impress.”

He said there are a few events, about 70-75% are complete and hopefully will be announced in the spring.

“There will be three fairly substantial events. We hope that in the near future we can tell you about very exciting and profitable things for our region.

Tougas said North Bay has strengths and “we’re going to pursue them. We know what the strengths are. We’ve all been here a long time.

He said that currently the arenas are not the strength of the city.

“Tournaments are becoming a lesser criterion for our company. There are other aspects, a wide range of things like different things. There are so many untapped resources.

The company’s mandate is to “Bring the World North”, establishing it as an ideal host destination for sporting, entertainment and other events, including conferences, trade shows, meetings business and association.

NSSE will offer event producers a full range of services, from which they can select some or all, depending on their unique needs, from a single source.

Tougas is not afraid of losing customers in the south.

“They’re big on events and sports in the south, but there are some events they just can’t accommodate. We have two beautiful lakes, great trails, snowmobiling and cross-country skiing that can make us very viable,” Tougas said.

“Right now some of the events we are considering are in the summer. It takes a long time to bring about events. We are already looking two or three years later.

Tougas was asked if he sees his new position as a competition for Tourism North Bay.

“We can work together. The more the merrier. That shouldn’t stop them from doing what they need to do. It’s a two-pronged attack now,” he said.

“They should be happy because it will bring things into the city, economic dollars into our city.”

Tougas said one of the first calls he will make will be to Matt Rabideau, director of project development for Tourism North Bay.

“It won’t affect anything he’s going to do. Our job is to organize events and make sure they’re successful in North Bay and the region.

Tougas said that although sports is a huge untapped market, entertainment also has many activities that could be brought to the city, such as music, conventions “we can take care of everything. We think outside the box.