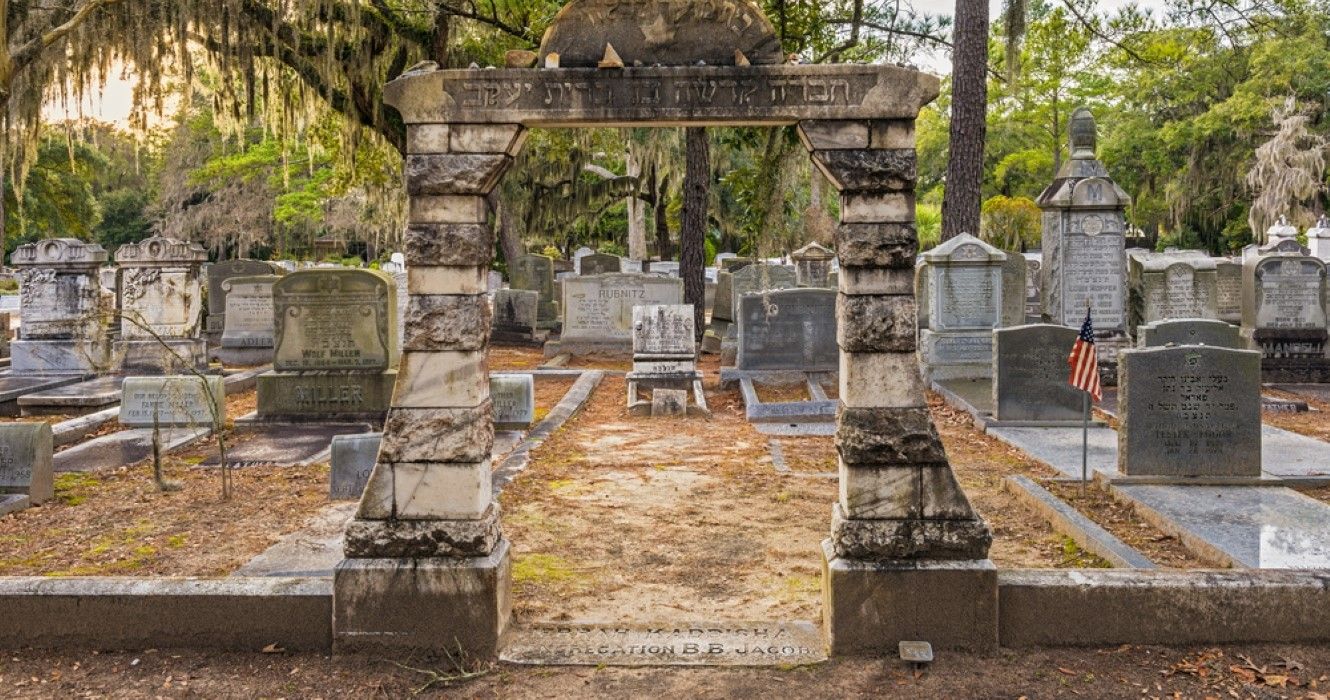 The southern states of the United States offer a charm that many travelers love. Along with their classic southern hospitality, tourists can enjoy a memorable vacation in the southern United States. From the many seasonal activities in Savannah to the Currituck Beach lighthouse in North Carolina, there’s plenty to explore down south. Plus, lovers of anything paranormal will appreciate the fact that the south has a tonne of supposedly haunted places, many of which have dark histories. Ready to go ghost hunting? Check out these haunted places in the southern United States and where they can be found!

Located near the Eno River and sits on the lands of the Occaneechi and Saponi Indigenous communities. When Europeans claimed these lands, the area was eventually converted into a plantation by English settlers in the late 18th century, complete with a spacious house. Despite its beautiful Greek Revival-style architecture, the Poplar Hill House, also known as Nannie House, is full of hauntings.

Several years ago, the Maxwell family moved into the house and reported disturbing activity like ghostly apparitions, knocking on doors and moving objects. Due to increased paranormal activity, the family moved out of the house, breaking their lease. To this day, this house remains a residential property around Hillsborough, North Carolina.

This unassuming hostel sits between other chain hotels and big box stores. However, looks can be deceiving as the Jamieson Inn at Crestview has paranormal activity, particularly in room 208. It is unclear what really arrived in the room, but guests report strong smells of cigarettes and levitating luggage. Located along Cracker Barrel Drive, the Jamieson Inn is the perfect stay for paranormal enthusiasts.

Kentucky’s White Hall stands proudly at over 10,000 square feet, adorned with styles inspired by Italian-style architecture, which was owned by Cassius Marcellus Clay. General Clay was reportedly outrageous, divorcing his wife at the age of 84 to marry 16-year-old Dora Richardson. There are even claims that those who disagreed with his decision would be greeted with a loaded cannon outside his porch!

Those who visit or work at the White Hall report strange paranormal activity, which is believed to be the ghosts of the Clay family. People report hearing a baby crying, apparitions of a woman, or a boy eagerly playing hide and seek. Those wishing to visit White Hall can find this historic property along White Hall Shrine Road in Richmond, Kentucky.

Savannah’s Bonaventure Cemetery is one of the city’s top attractions to explore this season! Offering guided tours, visitors can explore the expansive grounds of this peaceful cemetery, which has inspired countless artists over the decades. However, being a cemetery, the grounds are said to be haunted, particularly by six-year-old Gracie Watson, who died suddenly of pneumonia a long time ago. Visitors have reported seeing the six-year-old appear before their eyes, grimacing eerily on the faces of statues in the cemetery. If that’s not scary enough, some report hearing children laugh in the distance or invisible dogs growling in a pack.

RELATED: For Those Who Love Privacy, These Quiet Fall Getaways Are Perfect

The 1896 Crescent Hotel and Spa is proud of its haunted heritage, so much so that it occasionally runs guided tours of its ghostly history! This historic hotel has been the scene of many unfortunate events and accidents, which have led to the haunting of various spirits. Guests report encountering the spirit “Michael”, known to slam doors and make inexplicable noises in room 218. Additionally, visitors also report seeing ghosts wearing Victorian clothing in the dining room and encountering the Dr. Norman Baker, the infamous cancer doctor in the 1930s. -in the lobby. Looking for a cozy and spooky stay in Eureka Springs? Then the Crescent Hotel and Spa is a perfect match!

There is no shortage of haunted theaters all over the world, and the Dock Street Theater is no exception. Located in Charleston, South Carolina, the original Dock Street Theater was built in 1735 and also functioned as a theater and hotel. Although today’s theater is on Church Street, that doesn’t stop centuries-old ghosts from haunting the property! Ghost hunters may encounter spirits like Nettie, a beautiful young woman who jumped to her own life from a theater balcony in the late 19th century.

They say everything is bigger in Texas, but the Old Alton Bridge says otherwise. This humble wooden bridge looks modest but is registered as a historic place in the United States. Overlooking the nearby river, nature lovers can take advantage of the many trails near the bridge.

On the other hand, the Old Alton Bridge is home to an urban legend of the Goatman. Stories relate that Goatman – a half-man, half-goat figure – haunts the area after he was murdered on the Old Alton Bridge by unwelcoming locals. Those wishing to encounter paranormal activity on this truss bridge can visit it at night to possibly witness the appearances of ghostly figures or the eerie touch of an unknown entity.

RELATED: Is This Europe’s Most Underrated Sleeper Train?

History buffs can appreciate the timeless architecture and heritage of Myrtles Plantation, a historic home in St. Francisville, Louisiana. Transformed into a cozy hotel, this former plantation is one of the most haunted houses in America. Some claim that the plantation sits atop an ancient cemetery, while others suggest that throughout history more than ten people have been murdered on the plantation. Despite its dark history, visitors report seeing ghostly figures, especially “Chloe”, a supposed slave who worked at Myrtles Plantation around the Antebellum period.

Being the largest cemetery in Huntsville, Maple Hill Cemetery is home to more than 80,000 graves, including figures associated with American government and politics. This Huntsville cemetery is said to be (and unsurprisingly) haunted, with visitors seeing apparitions and hearing mysterious voices from afar.

Also, close to the cemetery is Maple Hill Park, also strangely known asPlayground for dead children. Legends claim that children who died during the 1918 Spanish flu pandemic went out at night to play in the park. Visitors have reported seeing mysterious orbs appear in photographs of the park.

Boasting the title of the most haunted house in all of Mississippi, McRaven proudly hosts haunted public (and private) ghost tours of this historic property. This pre-Civil Ear home is beautifully ornate and built to reflect an older era but has had a rich history. The property contains the burial of Confederate soldiers and was an apparent site of murders and untimely deaths. Those who dare to visit McRaven may glimpse the ghost of Mary Elizabeth Howard (the lady of the McRaven household) or the spirit of thief Andrew Glass.

It’s a day of free admission to the national parks; the next one is scheduled for November